Atlanta United in need of adjustments against bunkering teams 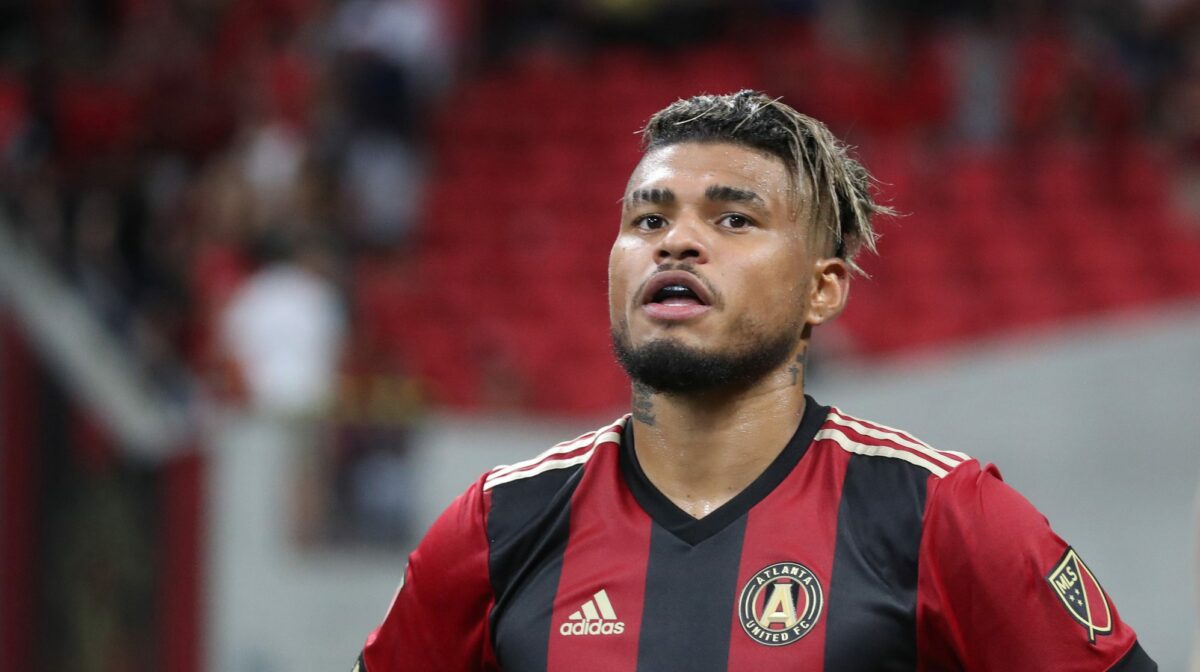 Atlanta United’s free-flowing attack repeatedly moves into the headlines, and rightfully so, but even if the flaws in the Five Stripes have been masked a bit, they came to life in Sunday’s 1-1 draw with the Seattle Sounders.

The Five Stripes held 68 percent of the possession battle, fired off 19 shots and played up a man for the final 27 minutes, but they couldn’t produce the final bit of brilliance to lead to a victory.

Most of Atlanta’s struggles deals with the bunkering style of play the Sounders brought to Mercedes-Benz Stadium on Sunday, and it’s a strategy that’s worked against Tata Martino’s team this season.

“It’s just that they try to pack things out as much as they can to make it difficult for us,” Atlanta midfielder Chris McCann said. “It’s just one of those games where they sat back and were happy to let us have the ball in front of them.”

“They made it difficult to penetrate, and they forced us to make some passes that on a normal day we probably would not make,” McCann said. “We would take the extra pass. It is what it is, but we’re going to go back to the training ground tomorrow and hopefully, we can resolve some things to make ourselves better for next week.”

When a team sits back like the Sounders, it puts more attention on silencing the creative parts of the Atlanta attack, primarily Miguel Almiron and Ezequiel Barco.

Almiron had a rough 90 minutes against the Sounders, as he completed 80 percent of his 40 passes, churned out one key pass and had two accurate crosses of the nine he attempted.

Barco was a bit better when it came to passing, as he handed out five key passes, but something felt missing in the Atlanta attack for stretches.

Part of the strategy visiting teams employ has to deal with the overwhelming noise from the crowd and the pressure created by Atlanta’s dangerous attackers.

“I think teams have caught on to what were about, what we’re like when we’re playing at home: the atmosphere, the tempo that we play at, everything surrounding playing here at Mercedes-Benz (Stadium),” McCann said. “I think teams have come here with a better game plan than they did last year.”

“They come back and pack it out to try to make it real difficult for us then hit us on the counter,” McCann said. “We’ve got to find ways to deal with that. We’ve got to be better at dealing with that. (In the) second half, I thought we came out with a lot more hunger, and we moved the ball a lot better (and) a lot quicker. We created a lot of opportunities and on another day, they would’ve gone in.”

For a team as successful as Atlanta, it’s home record isn’t impressive, as it holds a 6-2-3 home mark, which is tied for third with the Columbus Crew and one loss fewer than the record the New England Revolution have at Gillette Stadium.

In contrast, second-place New York City FC is 10-0-1 at Yankee Stadium and three of the top four teams in the Western Conference haven’t lost at home.

In order to remain atop the Supporters’ Shield standings in the coming weeks, the Five Stripes need to figure out the surprisingly puzzling dilemma they face when teams bunker against them.

Martino is a smart enough tactician to work the team through the problem. One of the ways the Five Stripes can do so is more interchange through positions on the field to force defenders to chase Almiron down different channels.

If the Paraguayan leaves the middle of the park, it would open space for Barco or Hector Villalba to cut inside, or for Julian Gressel to present himself as an extra man in the box to force an opponent in another defensive decision.

No matter which adjustments they make, the Five Stripes will have chances to test themselves against bunkering teams as they make more adjustments.

With D.C. United coming to town on Saturday, Atlanta has the perfect opportunity to display its adjustments and make a statement that its recent stumbles are nothing more than a small lapse.