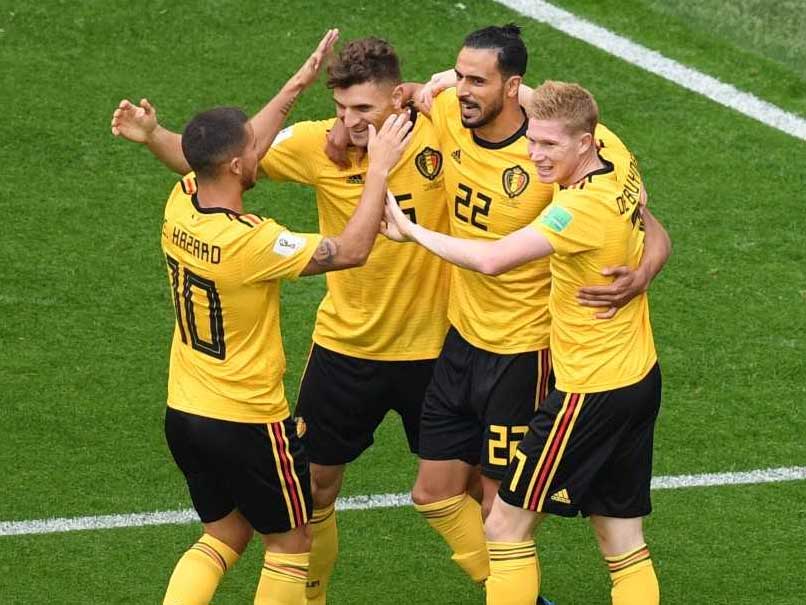 Belgium had got the better of England once already in Russia, and the Red Devils fought their way to a third-place finish in Saturday’s second meeting.

Roberto Martinez’s side used goals from Thomas Meunier and Eden Hazard to edge the Three Lions 2-0 in St. Petersburg. Despite much possession in the second-half, England could not beat Thibaut Courtois who made six saves.

Meunier kicked things off early for Belgium in the fourth minute, slotting in Nacer Chadli’s cross past Jordan Pickford. The right back got the better of the England backline and slotted in his first goal of the tournament.

Courtois’ day got off quickly as the Chelsea man made three saves in the opening half. Fabian Delph’s effort was gathered cleanly by the 6’6 keeper, before repelling Ruben Loftus-Cheek’s header.

Eric Dier’s nifty run in the 70th minute was a great chance for England to level the score but the Tottenham man was left frustrated by his domestic teammate. Dier chipped Courtois but Toby Alderweireld got back and cleared the effort off the line.

Pickford got a strong right hand to Meunier’s volley in the 80th minute to keep the PSG man from doubling his tally. However, the Everton keeper could not keep Hazard out two minutes later which iced the result.

A great break by the Red Devils saw Kevin De Bruyne link up with Hazard who beat Pickford with a clinical finish. Belgium would hang on for their best ever finish at the World Cup.

For England, they will finish in fourth place as they now seek to look at youth going into the upcoming 2020 European Tournament.

Meunier scored the winning goal for Belgium as they finished in third place in Russia. He was a lively performer down the right wing for the Red Devils.

Dier’s chipped effort in the 70th minute looked to have equalizer written all over it but his Tottenham teammate Alderweireld got back to clear his effort off the line.

Harry Kane’s performances in Russia took a dip as the knockout stage rolled on and he didn’t really got a clear look at goal on Saturday.