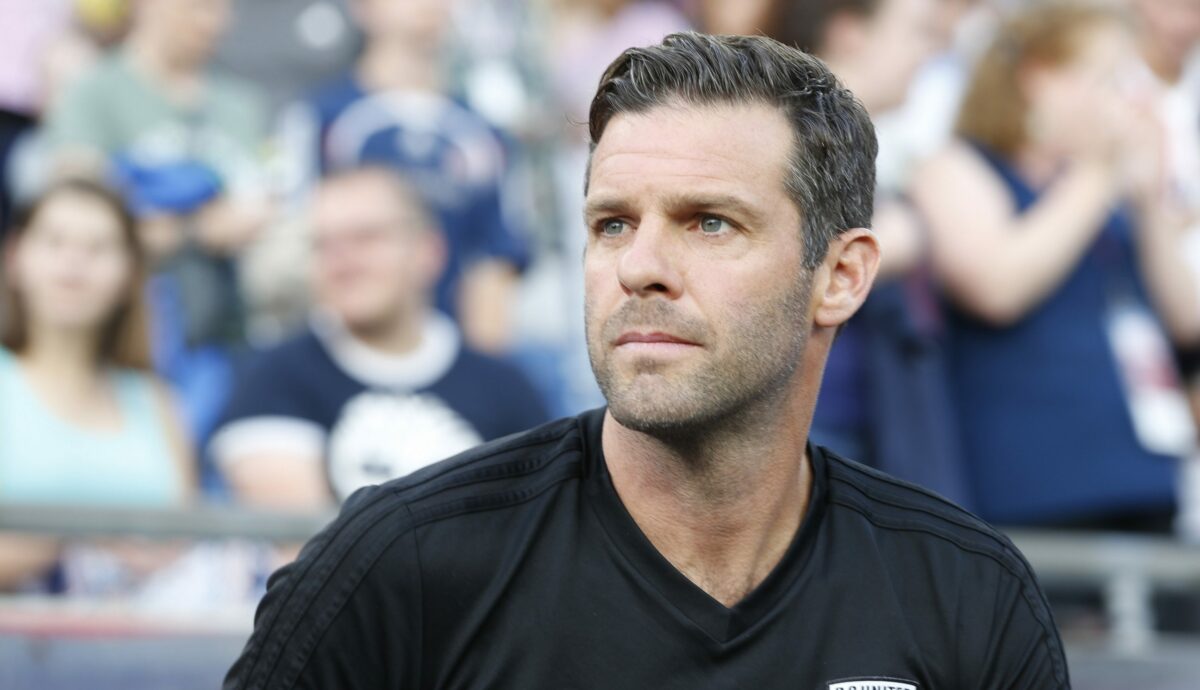 FOXBOROUGH, Mass. —D.C. United has been stuck at the bottom of the MLS standings the past two seasons, but captain Steve Birnbaum thinks things are looking up now that the team officially inked former Manchester United star Wayne Rooney to a long-term deal on Thursday.

“He’s an all-time player, so having him on our team is awesome,” Birnbaum said after the Black and Red dropped a 3-2 result on the road against New England on Saturday. “I’m excited to get him in the lineup and have him play, get him out there in training and get to know him a little bit and know his tendencies. We’re just excited to have him come here and he wants to win.”

Rooney will be able to join D.C.’s squad once the secondary transfer window opens up on July 10, and he could make his MLS debut when the team opens up Audi Field on Saturday, July 14 against the Vancouver Whitecaps.

Birnbaum said he was encouraged by his first interaction with Rooney.

“I’ve already met with him and he said he wanted to win,” Birnbaum recounted. “That was the first thing he said, so I’m excited to get him here and hopefully we can get him the wins he’s looking for.”

After giving up a late decisive penalty kick in the 77th minute, D.C. United coach Ben Olsen said he thought the addition of the 32-year-old Rooney — a UEFA Champions League winner and five-time English Premier League champion — might help teach his young squad how to win close games.

“There’s plenty of opportunity to rack up points,” Olsen told SBI Soccer. “We won’t do that if we don’t solve this issue of being able to deal with leads. It’s me, it’s the players, everybody needs to take a little more responsibility on making sure they’re trying to get us to where be, and that’s finding ways to win games. Sometimes with young teams that’s a learned behavior. Wayne, an experienced guy coming in, I’m sure will help with a little bit of that.”

Five of D.C.’s starters on Saturday — Yamil Asad, Ian Harkes, Luciano Acosta, Chris Durkin and Jalen Robinson — are age 24 or under. Designated Player Paul Arriola, who is 23, missed the game with an injury.

“He’s going to bring that finishing touch and a little bit of that game-changing mentality that we need right now,” Harkes said. “We have been creating goals this year, and we’ve been setting them up, but to bring in a guy like that definitely can’t hurt you, so it’s going to be fun.”

Despite accumulating a league-worst 10 points so far this season, there’s reason for D.C. (2-7-4) to retain some optimism. The Black and Red have played an MLS-low 13 games, including 11 on the road. They’ll finish up an eight-game road trip with a midweek game against the LA Galaxy.

D.C. will finish the season playing 15 of its final 20 matches at Audi Field, and Birnbaum thinks that and Rooney could be difference-makers.

“You don’t know how it’s going to play out, but we’re excited to have him,” Birnbaum said. “We want to make the playoffs this year, that’s our first goal… We’ve got to start winning and hopefully, the stadium opening and Wayne coming will give us the momentum to do that.”

While Rooney brings name recognition, Olsen cautioned not to expect D.C.’s new franchise player to change the team’s fortunes on his own.

After all, Rooney is entering the 17th season of his career, played 31 EPL matches and nine additional non-league game last year for Everton, and his aging legs will only have the equivalent of a two-month offseason.

“We’ve got a job to do Wednesday, and that’s go to LA and bring home some points there,” Olsen said. “The excitement of the new stadium and the excitement of Wayne’s arrival, that’s real. Whether that comes our way or not, the issues are still the issues. We’ve got to look at ourselves and solve those, because those will be the issues at home with or without Wayne.”

Olsen can only temper expectations so much, though. Advanced age or not, Rooney was signed to be a game-changer for a team that needs one.