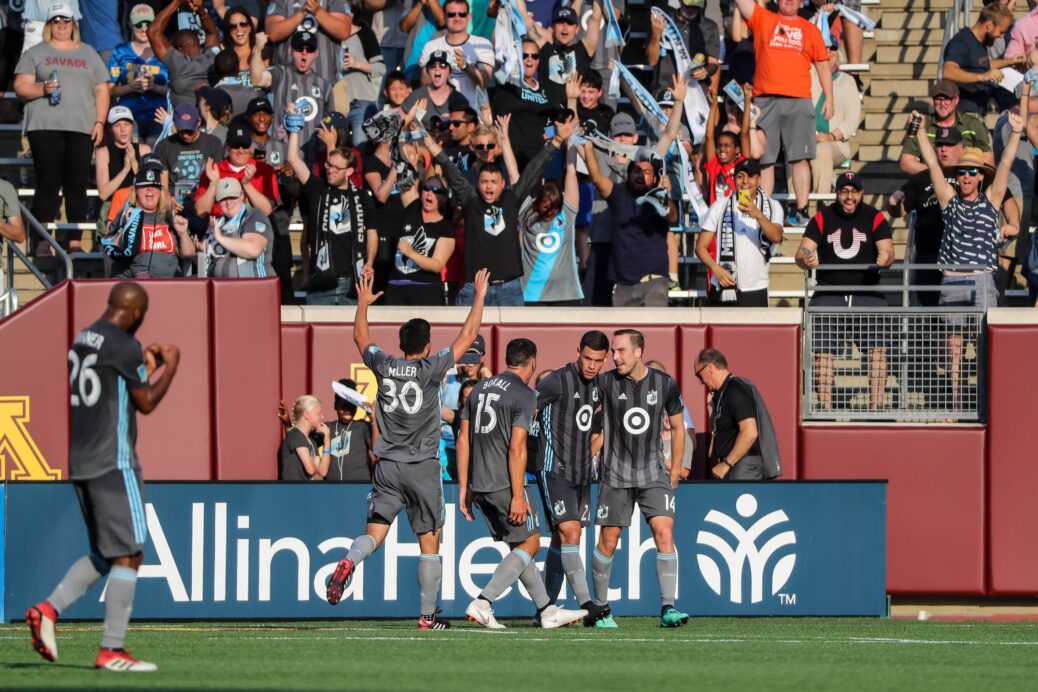 Minnesota United has shown strong offensive signs over the last few weeks, with Darwin Quintero looking like one of the most dangerous players in MLS.

LAFC became the latest victim of the Loons attack as Minnesota United rolled to a 5-1 Western Conference win on Sunday.

Quintero scored a goal and registered two assists while Christian Ramirez netted a brace in the beatdown.

The victory, Minnesota United’s fourth in five matches, has moved the Loons to within two points of playoff position in the West.

Rasmus Schuller’s composed finish in the 25th minute gave Adrian Heath’s side a 1-0 advantage. Quintero hit the midfielder with a pass and the Finnish international beat Tyler Miller.

Benny Feihaber responded a minute later for LAFC, bagging his third goal of the season.

Ramirez’s first of the night came in first-half stoppage time as he slotted in following a corner kick. Quintero made it 3-1 on the verge of halftime after slotting home from a through ball assist by Eric Miller.

Quintero assisted on his second goal of the night, setting up Miguel Ibarra’s finish in the 56th minute. Ramirez tapped in his second in the 58th which now gives him seven goals in league play in 2018.

Bobby Shuttlesworth made six saves in the triumph for Minnesota, while Tyler Miller made six in the defeat.

Minnesota (9-11-1) are now winners of three straight and next travel to Vancouver on July 28th.

LAFC (10-5-5) sees their six match unbeaten run snapped and next face the Los Angeles Galaxy on Thursday at home.

Quintero has made a huge impact since joining MLS and that trend continued on Sunday, with a goal and two assists.

Quintero’s goal really put Minnesota in cruise control heading into halftime. Their dominant offensive attack continued in the second-half as they rolled to three points.

While there is plenty of blame to go around when a team surrenders five goal, from a midfield that was overrun to a back four that all played poorly, LAFC central defender Dejan Jakovic had an absolutely shocking performance, and looked lost for much of the match.