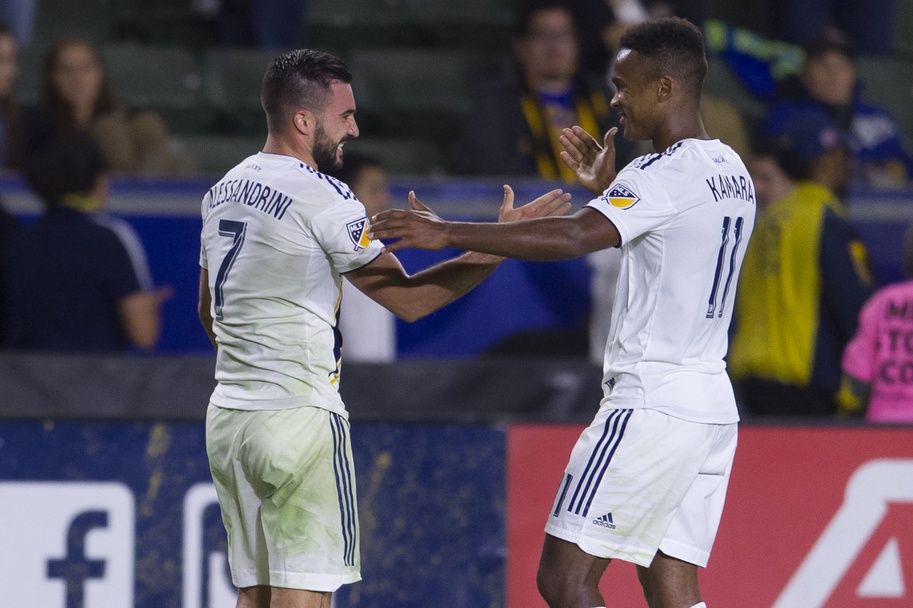 After being in control for 81 minutes, the expansion side slipped up against rival LA Galaxy and the second derby showdown ended in a 2-2 draw.

Just like he did in the first El Trafico on March 31, Carlos Vela produced an early goal for LAFC, as he cashed in on Adama Diomande’s cross in the middle of the penalty area in the seventh minute.

Thirteen minutes later, Lee Nguyen struck a brilliant free kick into the left side of the net to hand Bob Bradley’s men a comfortable two-goal advantage.

While the center back pairing of Walker Zimmerman and Laurent Ciman kept the Galaxy attack under control, the LAFC attack was unable to send a third goal into the back of the net.

Just as LAFC was preparing to celebrate a victory, the Galaxy struck out of nowhere in the 82nd minute through Romain Alessandrini, who chested down a pass from Zlatan Ibrahimovic, took one touch to the right and finished past Tyler Miller.

Miller came up huge for the home side one minute later, as he sprawled over to a shot from Giovani dos Santos.

However, Miller was in the middle of a crucial error on the Galaxy’s 86th-minute equalizer.

A poor back pass from substitute Andre Horta, who was making his LAFC debut, caught Miller off his line and allowed Ola Kamara to slide into the penalty area and finish into an open net.

LAFC has to wait until after the All-Star break to erase the memories of the draw, as it plays New York Red Bulls on August 5, while the Galaxy are back in action on Sunday against Orlando City at StubHub Center.

Before the Galaxy got back into the game, Carlos Vela was a constant threat in the LAFC attack.

Horta’s poor pass to Miller set up Kamara to equalize and deliver a tough blow to LAFC.

Horta wasn’t on the field for long, but the moments he popped up in were crucial, as he gifted the Galaxy the equalizer and struck the post late in the contest.