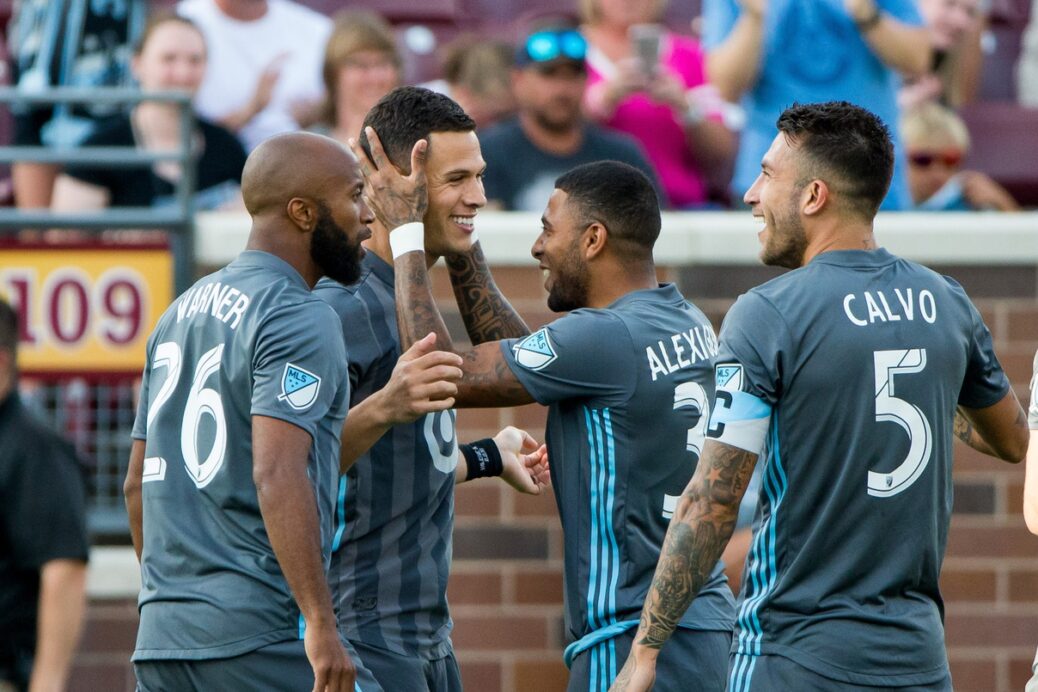 When you have an in-form striker in your arsenal, your team is always going to cause problems offensively. Anytime another player can chip in, that’s an added bonus.

Minnesota United’s dangerous duo of Darwin Quintero and Christian Ramirez chipped in a goal apiece to help the Loons to a 2-1 home win over the New England Revolution on Wednesday.

Ramirez kicked off things in the fifth minute as he chipped Matt Turner for his fifth goal of the season.

A busy first-half for the Minnesota offense continued as Quintero rifled past Turner in stoppage time. The Colombian now has seven goals this season in his debut MLS campaign.

The Revs battled back quickly in the second-half through Diego Fagundez’s penalty kick. Kelyn Rowe was fouled by Alexi Gomez which allowed Fagundez to score his seventh goal of the year.

Former Revs keeper Bobby Shuttlesworth came up big as the match went on, keeping Fagundez from doubling his tally. The 31-year-old also made saves on Krisztian Nemeth and Scott Caldwell to preserve the home win.

Quintero scored the all important second goal for Minnesota and continued being a huge player for his team.

Forwards Teal Bunbury and Juan Agudelo were both quiet in the loss, failing to have a shot on goal.