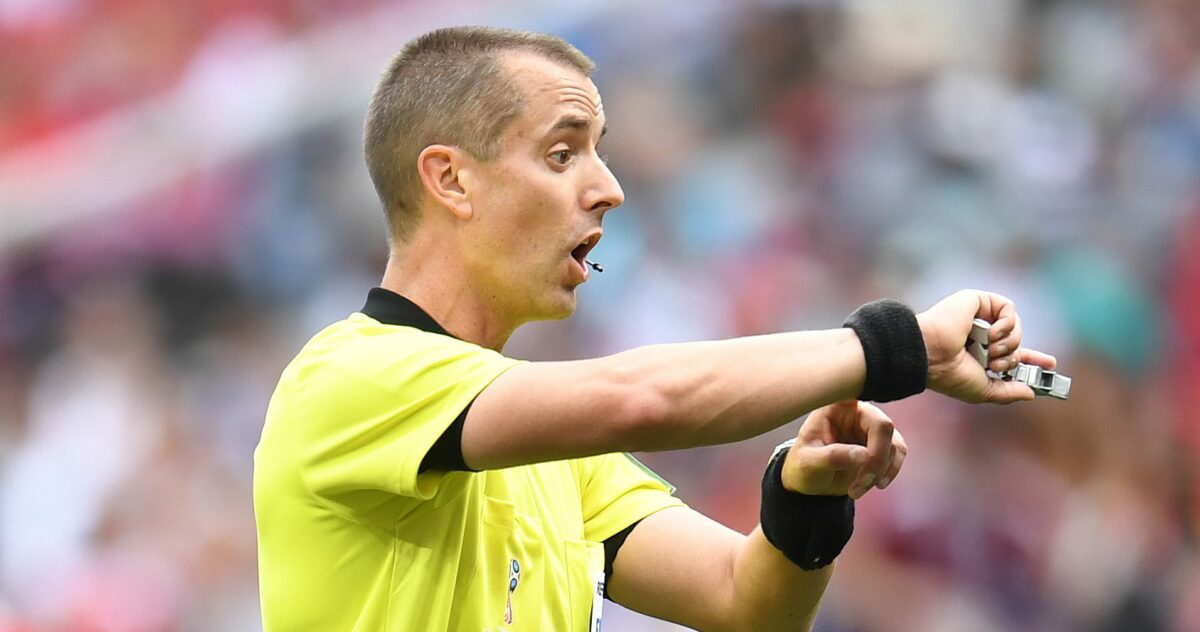 PRO Referee Mark Geiger was holding out hope that he might get placed in charge of Sunday’s World Cup Final, but FIFA has gone in a different direction.

Argentinian Nestor Pitana will officiate Sunday’s final between France and Croatia. He’s been the main referee for four matches in the World Cup so far, including the quarterfinal match between Uruguay and France.

He will be flanked by fellow Argentinians Hernan Maidana and Juan P. Belatti.

Geiger has been named as the VAR for Saturday’s Third Place Playoff between England and Belgium. Iranian Alireza Faghani will work that match as the lead referee.

Here are the referee assignments for the final two matches of the tournament: