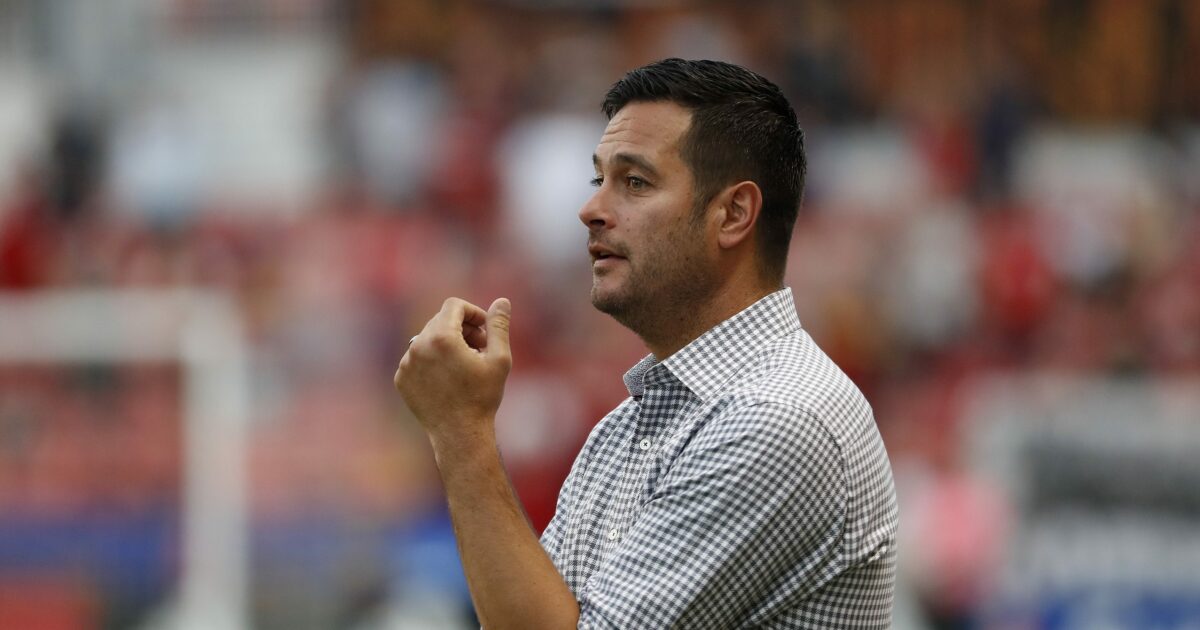 Following Saturday’s postgame rant regarding MLS refereeing, Mike Petke took to Twitter to apologize for one aspect in particular.

The Real Salt Lake manager unleashed a two-and-a-half minute monologue discussing MLS officiating following Saturday’s 3-2 loss to Minnesota United. In it, Petke discussed what he sees as targeting of Jefferson Savarino, VAR and a lack of transparency and availability from the league’s referees. Petke also dared Vice President of Competition Jeff Agoos to fine him for his comments.

The rant did include one slip of profanity from Petke, who tweeted out an apology for that aspect of his rant on Sunday.

After 0 hours sleep last night and a long day, I have re-examined my comments after the game and I feel an apology is in order so here it is. I apologize to my organization, MLS, the supporters all around the league and my family FOR CURSING on air.

That was uncalled for and immature of me. It was in the heat of the moment and I will try not to let it happen again, no matter how worked up I get

Petke and RSL currently sit fifth in the Western Conference ahead of Saturday’s match with the Colorado Rapids.

Check out a full clip of Petke’s rant below: