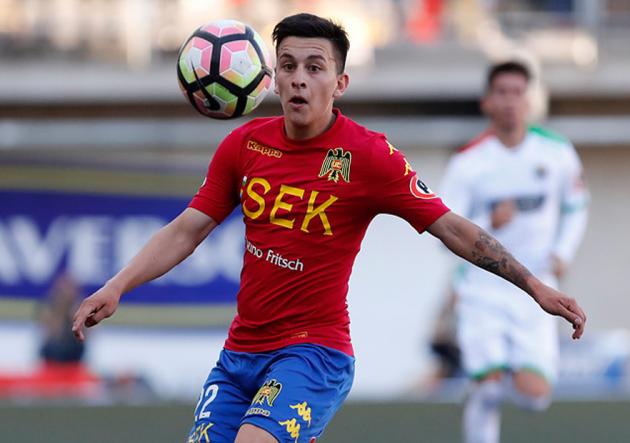 FC Dallas has been seeking a replacement for departed playmaker Mauro Diaz. On Tuesday, the Western Conference side may have found their guy.

Oscar Pareja’s side announced the signing of Chilean-born Pablo Aranguiz from Union Espanola. Aranguiz, 21, was acquired using Targeted Allocation Money and will occupy an international spot on Dallas’ roster.

The midfielder made his debut for Espanola in 2016 and was named the Chilean professional federation’s U-20 Player of the Year in 2017. Espanola finished as league runners-up in 2017 with the help of Aranguiz who scored 11 goals in 51 appearances with the club since his debut.

Coincidentally, Espanola is the same team where Diaz featured before making the jump to Major League Soccer in 2013. Aranguiz was previously linked to a move to expansion side LAFC back in January with the estimated transfer fee at $1.5 million.

FC Dallas is next in action on July 28 at Sporting KC.

The New England Revolution bolstered their defensive part of the roster with the signing of Bolivian international Cristhian Machaco.

Machado, 28, was announced as the newest member of the Revs current roster making the move from Jorge Wilstermann of Bolivia. He had been under contract with the club since 2008 and made over 145 appearances in all competitions.

The Bolivian had helped his side to  first-division titles in 2016 and 2018 and also has participated in the Copa Libertadores and Copa Sudamericana tournaments. Now making the move to New England, he will be reunited with former Wilstermann manager Marcelo Neveleff, who is now an assistant under Brad Friedel.

“We are happy to add a talented and experienced player in Cristhian who is capable of contributing in a variety of positions and roles on the field,” Revolution general manager Michael Burns said. “We believe his versatility and pedigree will immediately benefit the club and add competition to the roster.”

Machado has three caps for the Bolivian National Team since his debut in 2016.

Real Salt Lake has seen one of their forwards on their way out, agreeing to part ways with Alfredo Ortuno.

Ortuno, 27, will return to his native Spain where he will join second-division side Albacete, the club announced. The Spaniard found it tough for time in MLS, totaling 119 minutes of action in three appearances this season with his last coming on April 11th.

He failed to find the back of the net in either of his appearances.

Albacete is where Ortuno made his professional debut back in 2008 before also seeing time with the second-team. He has also seen stops at Granada, Girona, Las Palmas, Cadiz, and Zarazoga.

RSL is next in action on Saturday as they travel to San Jose.