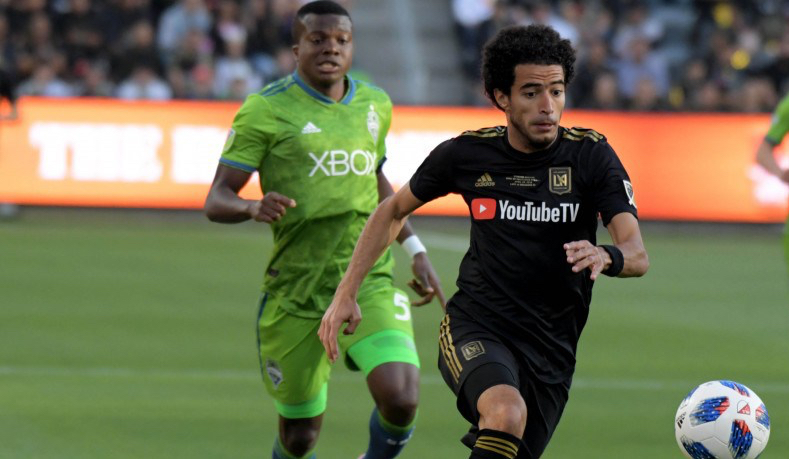 Omar Gaber’s stint with MLS expansion side Los Angeles FC has been cut short with the Egyptian on his way back home.

Gaber, who was on loan with LAFC from Swiss side FC Basel, has been sold to Egyptian Premier League outfit Pyramids FC, ESPN reported. LAFC bought out Gaber’s option from Basel but subsequently sold the defender for undisclosed fee due to a “family matter”.

Gaber, 26, is coming off the 2018 FIFA World Cup with Egypt and will be joining Pyramids FC making it a homecoming for the centerback. He will depart the club after making seven appearances in LAFC’s debut season in Major League Soccer.

“Omar is a great player and person,” said LAFC executive VP of soccer operations and GM John Thorrington in a statement. “He made us aware of a family matter in Egypt and we were able to accommodate his move with a deal that makes sense financially for the club. We wish him all the best in the next step of his career.”

Gaber was acquired via Targeted Allocation Money and was previously on a one-year loan to Bob Bradley’s team from Basel.

JOE MASON WAIVED BY RAPIDS, WILL RETURN TO WOLVERHAMPTON WANDERERS

Joe Mason’s time with the Colorado Rapids is coming to an end.

According to MLS Soccer, the Republic of Ireland forward will officially join back with Wolverhampton Wanderers on July 27th, after an unproductive loan with the club.

Mason joined Colorado ahead of this season from Wolves after only seven appearances with Burton Albion in the EFL Championship. The 27-year-old made 14 appearances this season with the Rapids, scoring three goals.

With Mason on the way out, the Rapids are close to signing former Dynamo and Whitecaps forward Giles Barnes. Barnes has been with Liga MX outfit Club Leon but has only made three appearances in Copa MX action in this time there.

As for Mason, he will only have two more possible appearances for Colorado starting on July 14th against the Houston Dynamo.

The Chicago Fire’s backline has been a major problem for the club in 2018, but they have added a new face to the bunch.

On Thursday, the team announced the acquisition of Argentinian centerback Nicolas Del Grecco from Honduran side CD Olimpia, with the 24-year-old under contract for 2019. The Fire also gave club options for 2020 and 2021 for Del Grecco.

Since joining Olimpia in January, Del Grecco made 12 appearances for the club including a Concacaf Champions League match against the New York Red Bulls.

Del Grecco made his senior debut with Atletico de Rafaela in 2015, and has also featured for both the Boca Juniors and Tigre reserve squads. He is a native of Argentina and will certainly provide depth to a banged up Fire defense.