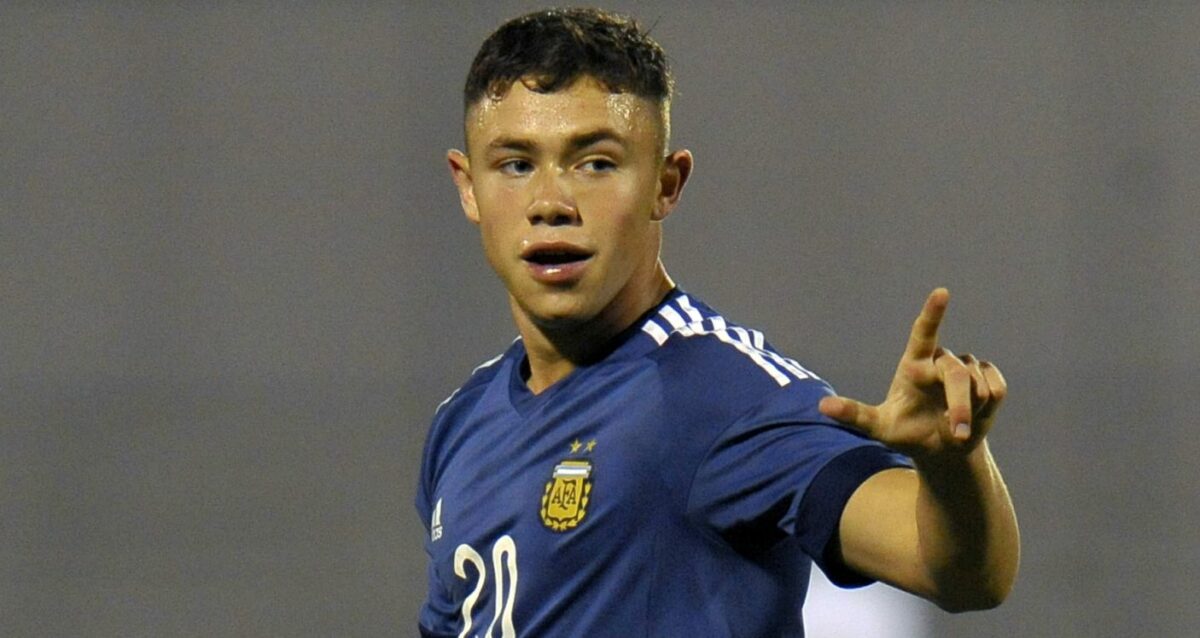 The Portland Timbers are trying to get back into the spotlight in Major League Soccer, and look to be nearing that this season.

Giovanni Savarese’s side is on a 12-match unbeaten run and added a promising young midfielder to an already-talented roster. On Tuesday, the Timbers announced the acquisition of 20-year-old Argentinian midfielder Tomas Conechny, on-loan from San Lorenzo.

There is an option to purchase Conechny, who will join a midfield group with the talents of Diego Valeri, Sebastian Blanco, and Diego Chara. Conechny has made 14 appearances for San Lorenzo in the Argentina top flight.

“We are excited to have the opportunity to include Tomas Conechny at this juncture in the season,” Savarese said. “Tomas provides out club with another quality young player, and we look forward to working with him daily to maximize his development. He is a player who possesses very good attacking elements for his age, and we believe he has the tools to become a dangerous attacker in this league moving forward.”

The Timbers are in fourth place in the West with 30 points, and are currently riding a 12-match unbeaten streak.

The Vancouver Whitecaps have announced on Tuesday that they will be signing a pair of players to homegrown contracts, with one beginning in 2019.

Residency midfielder Michael Baldisimo has been signed to a multi-year deal while forward Theo Bair has been signed to a deal starting in 2019. Baldisimo, 18, will be available for first-team selection for the Canadian Championship beginning July 18th, when Vancouver faces Montreal in the first leg of their semifinal series.

Baldisimo joins four others who are inked to homegrown contracts with the Whitecaps in the past eight months, joining Simon Colyn, Sean Melvin, David Norman Jr, and Bair. The midfielder has scored 13 goals in 82 starts and 88 appearances for WFC Residency between the U-16, U-18, and U-19 squads.

“Michael does everything you want as a young midfield player, plus he can even play at right back,” Whitecaps head coach Carl Robinson said. “Ability wise, he’s got it all and we are looking forward to working with him as he continues to develop both on and off the pitch. Whether you play under-17, under-19, or the first team, it doesn’t faze him. When he gets his chance, he’ll be able to take it.”

“Theo is a big, strong player,” Robinson said. “He likes to score goals and he’s caught fire recently. There’s raw potential in him. We are excited to see him develop as he trains with the first team on a regular basis.”

The Montreal Impact added a homegrown midfielder to their roster on Tuesday, after seeing one of their veterans go.

Mathieu Choinere, the younger brother of Impact midfielder David, was signed through 2019 with three option years, the club announced.

Choinere joined the Academy in 2011, and has featured for the Impact’s U-19 side this season. He has 13 goals in 24 appearances for the U-19’s and also featured with the Canadian U-21 team at the Toulon Tournament.

“Mathieu is a talented young player who progressed a lot during his time in our Academy as well as in training with the first team during the last six months,” said Montreal Impact technical director Adam Braz. “He has strong technical abilities as well as a good understanding of the game, which are two important characteristics for his position on the field. He has also shown that he has the right mentality and desire that are both necessary at the next level. We look forward to providing him with the proper environment and support to help him reach his potential.”

The Seattle Sounders addressed their scoring issues with the acquisition of Peruvian international forward Raul Ruidiaz earlier this transfer window. Despite the move, the defending Western Conference champs are seeking to make another splash offensively.

A report from Fotboll Direkt, claims that Argentine forward Nicolas Stefanelli is a target of Seattle. Stefanelli currently plays for Swedish side AIK after joining in July 2017, but reports state that he will be allowed to leave this summer.

The 24-year-old scored 10 goals in 18 combined appearances between league and cup in 2017, but only has two goals in nine appearances since January. A native of Argentina, Stefanelli began his career in 2014 with Defensa y Justicia before moving to the Swedish club.

Seattle only has five goals from its forwards this MLS season, with veteran Will Bruin accounting for all of them. The Sounders currently are 10th in the West with 17 points through 18 matches.

Raheem Edwards’ short spell with the Montreal Impact has come to an end.

The team made the move late Tuesday afternoon to trade Edwards to the Chicago Fire in exchange for $400,000 Targeted Allocation Money. Following his breakout 2017 with Toronto FC, Edwards has yet to replicate that form with the Eastern Conference club.

In just over 1,000 minutes with TFC in 2017, Edwards registered six assists but only has two goals in 14 appearances this season with Montreal. At 23, Edwards is a versatile player who can slot in on the wing or even at wingback if needed.

He began his professional career with Toronto FC II in 2015, before joining the first team the following season. Edwards debuted for the Canadian National Team on June, 13, 2017 and was named to Canada’s roster for the 2017 Concacaf Gold Cup later that year.

The Houston Dynamo have a new director of the club’s academy, recently making a change last Monday evening.

49-year-old Paul Holocher has been appointed to the position, joining from the San Jose Earthquakes.

Holocher spent the last three years with the Earthquakes, serving as the program’s director of formation.

He holds a USSF academy director license and an ‘A’ coaching license, and previously coached collegiate soccer at Cal Poly and UC Santa Cruz. A former professional midfielder, Holocher spent time with the Fort Lauderdale Strikers, San Jose Clash, and the California Jaguars, earning one cap with the U.S. Men’s National Team in 1996.