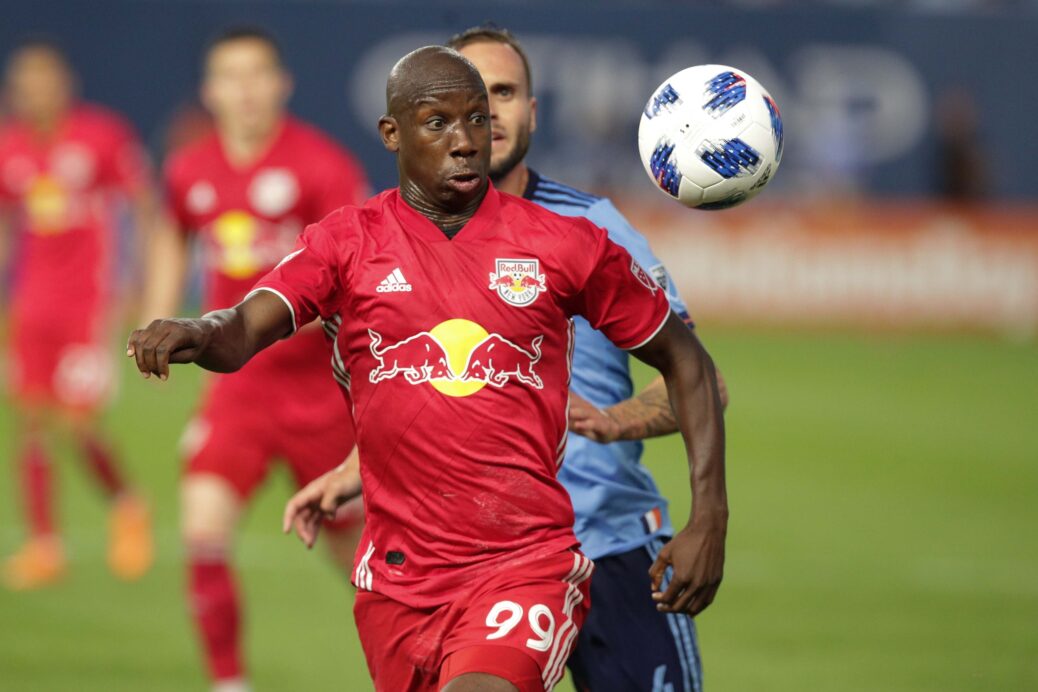 Week 21 in Major League Soccer possesses some clashes with playoff implications, a few rivalry games and others that could carry more intrigue than expected.

Most of the focus is on the Eastern Conference playoff race on Saturday, as certain results could change the complexion of the table one week before the All-Star Game.

Over in the Western Conference, the Cascadia Cup, Rocky Mountain Cup and Texas Derby should provide an extra punch to the schedule.

Below is a look at each of the 10 games being played throughout Week 21.

The clash of old Eastern Conference rivals at Red Bull Arena carries plenty of implications in the playoff race.

The New England Revolution enter New Jersey in fifth place, but their only six points ahead of Orlando City in ninth place.

In order to reverse their recent poor form and avoid being dragged in with the rest of the competitors for the No. 6 seed, the Revs need to pick up at least a point against the New York Red Bulls.

The Red Bulls slid away from the top two teams in the East in recent weeks, as the transition to manager Chris Armas hasn’t been as smooth as expected.

Although most of the focus is usually on Bradley Wright-Phillips, there’s extra reason to follow what the Englishman does Saturday, as he’s two goals away from the century mark.

Wayne Rooney won’t be the best player on the field at Mercedes-Benz Stadium despite being the top draw to Saturday’s contest between D.C. United and Atlanta United.

All eyes will be on Josef Martinez, who depending on who you ask should’ve been suspended for a headbutt last week against Seattle.

Martinez was one of three scorers for the Five Stripes in their 3-1 win over D.C. in March, as Hector Villalba and Miguel Almiron also found the back of the net.

There is a small chance Tata Martino’s men struggle a bit with the Black and Red since Ben Olsen’s side is known to bunker on occasion.

Atlanta’s faced some trouble against teams that sit back and force it to dictate possession, as seen in the draw with the Sounders.

Since each of the three Cascadia teams don’t play each other in the same amount of games, only six contests are officially designated as counting toward the cup this season.

Although they’re further down the standings than the Vancouver Whitecaps, the Sounders enter Saturday with a 296-minute shutout streak against Carl Robinson’s side dating back to Fredy Montero’s equalizer on August 23, 2017.

El Capitan gets rolled out for the first time in 2018, as the Texas Derby comes back into the spotlight.

FC Dallas and Houston tied each of their three matches in 2017, and four of the last five regular-season contests have ended even.

The Dynamo come into the match at BBVA Compass Stadium off a thumping of Sporting Kansas City in the U.S. Open Cup, and they’ve put together a three-game unbeaten run in league play.

FC Dallas has three wins in its last four games and it has the second-best road record in the Western Conference at 4-3-1.

Toronto FC enters Week 21 with more points than D.C. United and San Jose. That’s it. The stunning freefall down the standings has happened for months, but it’s still shocking given the talent on the Reds roster.

Chicago is in the middle of the scrap for sixth place in the Eastern Conference that the teams involved are hoping TFC doesn’t get involved in.

The all-American midfield battle between Michael Bradley and Dax McCarty could decide the rhythm of the contest.

Also keep an eye on how the TFC fullbacks deal with the pressure created by Aleksandar Katai.

Philadelphia’s pair of 19-year-old center backs Mark McKenzie and Auston Trusty have to deal with the pressure created by Ibrahimovic, Ola Kamara, Giovani and Jonathan dos Santos and Romain Alessandrini.

A win would do wonders for the Union, who have two games in hand on sixth-place Montreal and have an opportunity to gain ground this weekend.

Just when you thought Orlando City turned things around Saturday, it laid an egg in the Open Cup quarterfinals on Wednesday in Philadelphia.

In order to have some relevancy in the East playoff race, the Lions need to string results together once again.

However, the Lions have struggled with the Columbus Crew, as they have four goals in their last five meetings with Gregg Berhalter’s men, and none of the games resulted in victories.

The Crew, who are 6-2-3 at home, need a win in their own right, as they have four losses in five games, and another loss could bring them back down to the group headlined by the Revolution fighting for playoff spots.

The Claret and Cobalt, who will be without suspended head coach Mike Petke, defeated Colorado 3-0 on April 21.

The Rapids have improved of late, as they’ve gotten eight points from their last six games.

However, the Rapids still need to produce more consistency and there’s no better way to work on that than against a rival.

Portland’s league unbeaten run is up to 12 games, but it comes into Saturday’s clash with Montreal off a defeat, which is being protested, in the U.S. Open Cup.

Although the Impact can’t match the Timbers pound-for-pound, they possess a creative midfielder in Ignacio Piatti who is one of the few players capable of putting Diego Chara under pressure for 90 minutes.

However, the same can’t be said for the matchup on the other side of the field, which should witness Diego Valeri handling whatever the Impact defense throws at him.

Minnesota United may not be as exciting to watch as LAFC, but the Loons have been playing some entertaining soccer of late.

Adrian Heath’s side won three of their last four games, and they’ve produced nine goals in those victories.

During its six-game unbeaten run in league play, LAFC found the back of the net on 16 occasions.

While LAFC’s defense is tougher than most, we could be in for an exciting Sunday night contest given the recent form of both sides.