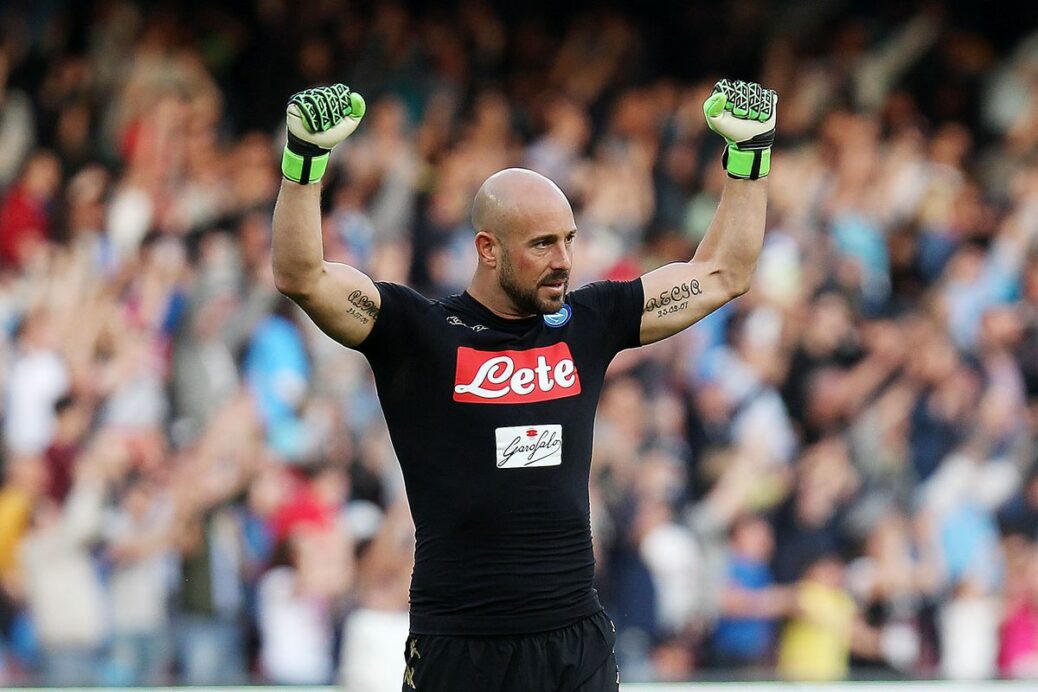 AC Milan may have one of the next stars when it comes to goalkeepers but that didn’t stop them from bringing in a veteran keeper.

According to Goal, the Serie A side have signed former Liverpool and Napoli keeper Pepe Reina to a three-year deal. Reina saw his current contract with Napoli expire this summer and quickly found a new home joining the Rossoneri.

With speculation regarding Gianluigi Donnarumma’s future with the club, Milan brought in the Spanish international to jostle for the starting keeper position.

The 35-year-old made 36 appearances for the Spanish National Team from 2005 onward and made 111 appearances with Napoli between 2015-18. Reina has also seen time at Barcelona, Villarreal, and Bayern Munich during his lengthy career.

Whether Reina is the starting keeper or not, he will bring some valuable experience for Donnarumma who is expected to be the next star regarding Italian goalkeepers. Milan also acquired Croatian defender Ivan Strinic from Sampdoria after his contract also expired on Monday.

Unai Emery has added an experienced defender to his backline, signing Borussia Dortmund’s Sokratis on Monday.

The Greek international has made the move to London in the figure of €19 million, becoming the third senior signing under Emery since his arrival at the club according to BBC Sport. Sokratis has spent the last five seasons in Dortmund, where he made 130 appearances with the club.

He began his professional career with AEK Athens before moving to Serie A side Genoa in 2006. He had a short spell with AC Milan from 2010-12, before making 59 appearances with Werder Bremen of the German top-flight. Sokratis scored seven goals with Dortmund, winning two German Supercups and one German Cup.

The 29-year-old also shares the same agent as teammate Konstantinos Mavropanos, who also joined Arsenal this summer. He is expected to make an immediate impact to a defense that allowed 51 goals in league play in 2017-18.

“It’s a beautiful moment and I’m very happy that I will be here for the next years,” Sokratis said. “Arsenal is one of the three biggest teams in the Premier League and one very big club. It has a lot of fans and a very big history.

The Ivory Coast’s lengthy search for a new head coach looks to have finally come to an end.

According to Goal, the Elephants have hired Ibrahim Kamara as their new man in charge on a two-year contract. Kamara replaces former Belgium manager Marc Wilmots who left his position following failure to qualify for the 2018 FIFA World Cup.

The 52-year-old has also been coach of the home-based Ivory Coast National Team as well as the U-23 Olympic side. He has previously worked under Herve Renard and Michel Dussuyer, winning the 2015 African Cup of Nations title.

First on Kamara’s to-do list will be to qualify the Ivory Coast for the 2019 Africa Cup of Nations Finals, which are to be held in Cameroon. If Kamara impresses in his first two years with the team then there is an option for an additional two years to be added.

September will see the Ivory Coast face Rwanda in their next match after kicking off Group H qualifying with a 3-2 home loss to Guinea.

Inter Milan has added two veteran presences to their defensive front with the arrivals of Stefan De Vrij and Kwadwo Asamoah on Monday.

De Vrij joins from Lazio on a five-year deal while wingback Asamoah joins from Juventus on a three-year deal, according to Sports Illustrated.

Following a four-year spell at Lazio which saw him make 118 appearances, the 26-year-old De Vrij is set for a new challenge at Inter. He scored 10 goals in his time with the Rome-based club, including seven in the 2017-18 campaign.

De Vrij is a highly touted centerback who has 36 caps with the Netherlands senior squad.

Asamoah joins from a successful run with Juventus, winning six Serie A titles and four Italian Cups. The 29-year-old rejected a new contract from the Old Lady and is set to persue a new adventure with Inter.

He has made 230 professional appearances between time at Udinese and Juve, scoring 12 goals. Preferably playing as a left wingback, Asamoah has 69 caps with the Ghanaian National Team, and was chosen in the Serie A Team of the Year in 2014.

These two defenders join a club that has already acquired midfielder Radja Nainggolan and winger Matteo Politano this summer.