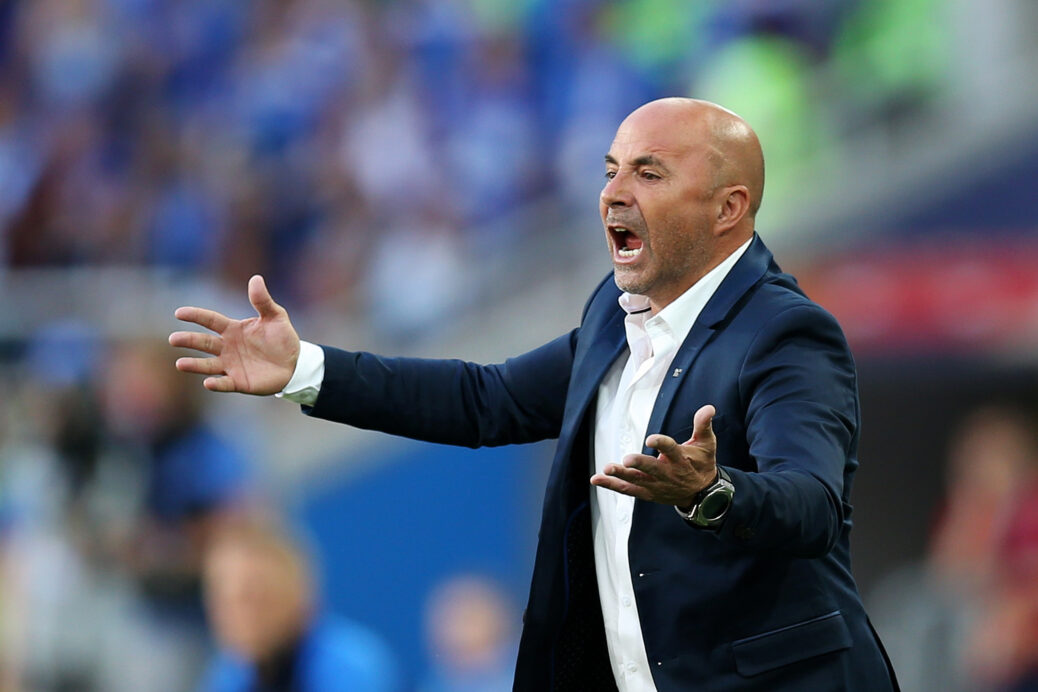 The 2018 FIFA World Cup did not go as planned for Argentina boss Jorge Sampaoli and his team.

Argentina was eliminated in the Round of 16, losing to France 4-2 ultimately summing up a disappointing run. After dropping points in their first two group stage matches to Iceland and Croatia respectively, Argentina needed a late winner by Marcos Rojo against Nigeria to advance to the knockout stages.

Despite many rumors on Sampaoli’s future with the club, it has been confirmed that for now the 58-year-old will stay with the team. Sampaoli met with Argentina Soccer Federation president Claudio Tapia on Monday, and his future with the team will be re-evaluated later this month. Sampaoli will coach the U-20 side at the Alcudia Tournament in Spain.

The former Chile and Sevilla boss had recently been linked with a move to the U.S. Men’s National Team who remains under interim leadership. Mexico was also one of the team’s linked with Sampaoli despite Juan Carlos Osorio still being under contract with El Tri.

Jack Wilshere’s time at Arsenal has come to an end, but the English midfielder will remain in London with a fellow Premier League club.

The 26-year-old signed a three year contract with West Ham United on Monday, joining on a free transfer. Wilshere joined Arsenal in 2008 and was there for the last nine seasons, seeing two loans spells in that time.

Playing under longtime Gunners boss Arsene Wenger, Wilshere made 197 first-team appearances with the North London club, totaling seven goals. He also has 34 caps with the English National Team, but was not apart of the Gareth Southgate’s roster for the 2018 FIFA World Cup. Wilshere won two FA Cups with Arsenal, including the 2014 Community Shield.

Despite playing for Arsenal, Wilshere has supported West Ham since he was three years old and is excited for the challenge.

“It feels special. Many people know that I’ve had a special bond with this club growing up,” he said. “I’ve got good memories of my childhood supporting West Ham, watching them at Upton Park.”

Wilshere will seek a starting role with the Hammers who will be managed by former Manchester City boss, Manuel Pellegrini.

The 21-year-old has joined the Catalan side from Gremio of the Brazilian first-tier for £35 million, according to Sky Sports. Arthur is coming off a 50 appearance season in 2017, totaling two goals in all competitions.

Barcelona has already set the buyout clause at £355 million for the Brazilian, who has inked a six-year deal with the La Liga champions. Last September saw Arthur receive his first senior call-up to the Brazilian National Team but did not feature in either of Brazil’s two World Cup qualifiers. He has also represented his country at the U-17 and U-20 levels.