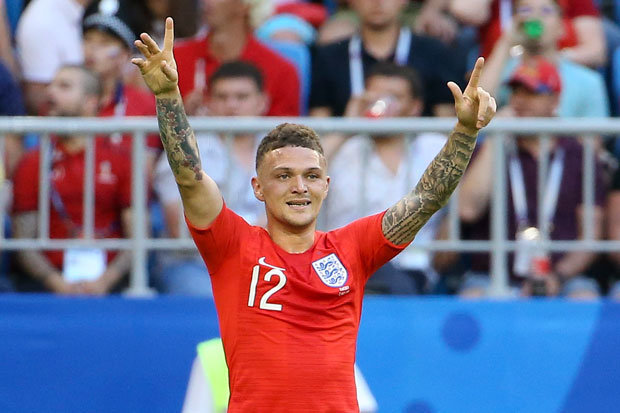 England’s first World Cup semifinal appearance since 1990 couldn’t have gotten off to a better start.

Kieran Trippier curled a beautiful free kick from 25 yards out into the top part of the net to give England a 1-0 lead over Croatia.

Trippier beats Subašić on the free kick to put the Three Lions up 1-0 early against Croatia! pic.twitter.com/em1IQ9SRml

The goal was the first of Trippier’s international career in his 12th appearance for the Three Lions.