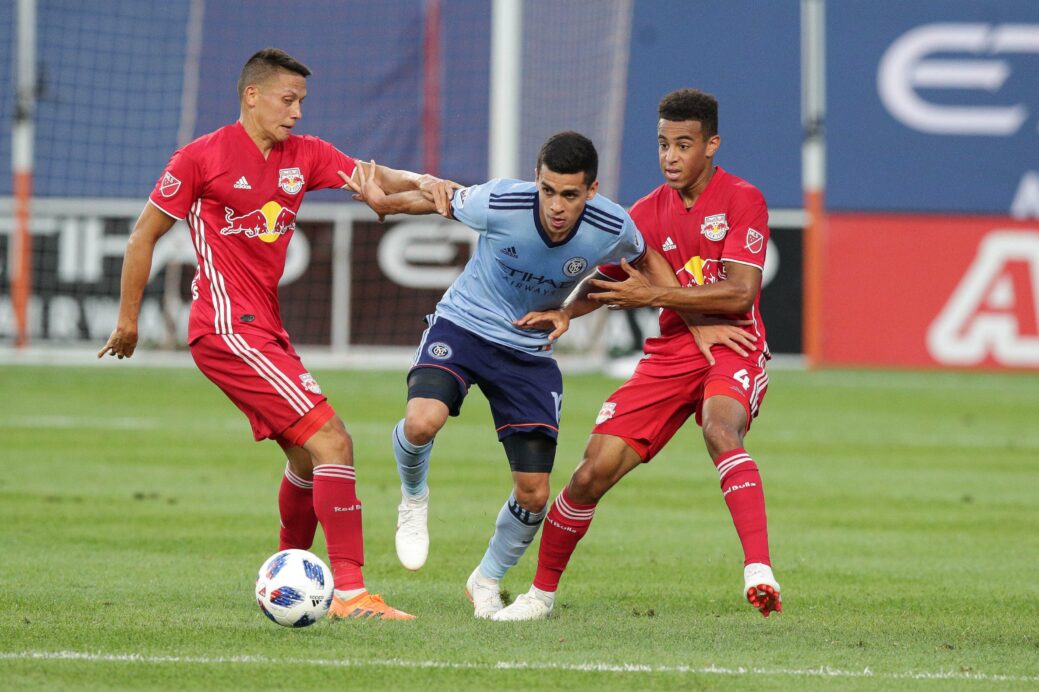 The Hudson River Derby is usually one of the most high-flying and energetic rivalries in MLS, but Sunday’s iteration was notably lacking in a number of ways, but it did have a winner.

Sunday’s match lacked excitement and energy, but it ultimately did have one goal as NYCFC won, 1-0, at Yankee Stadium. The finish came from Maxi Moralez, whose 85th minute goal gave NYCFC the team’s fourth ever derby win.

Moralez’s goal came late in a dreary match as the Argentinian, who started atop the NYCFC attack, fired home an assist from Jonathan Lewis to seal all three points.

The match started with a frenetic pace which died off as the first half wore on. NYCFC controlled the possession throughout, seemingly learning from their mistakes made against the Red Bulls’ high press earlier this year. However, neither side could create a clear-cut chance as the first half ended both dull and scoreless.

By and large, the second half was more of the same as neither team could muster up a goal. Luis Robles and Sean Johnson were tested several times, making three saves each, but those saves were generally routine as the two defenses stood tall.

That was until Moralez broke through as NYCFC escaped with all three points.

Making his first start since the first week of May, Maxime Chanot stepped up in a big way in the heart of the NYCFC defense.

Moralez provided the breakthrough late, sealing the win for the hosts.

Aaron Long was solid all game, but his misplay on the goal was the difference on Sunday night.