Official: Alphonso Davies signs with Bayern Munich, will remain with Whitecaps through end of season 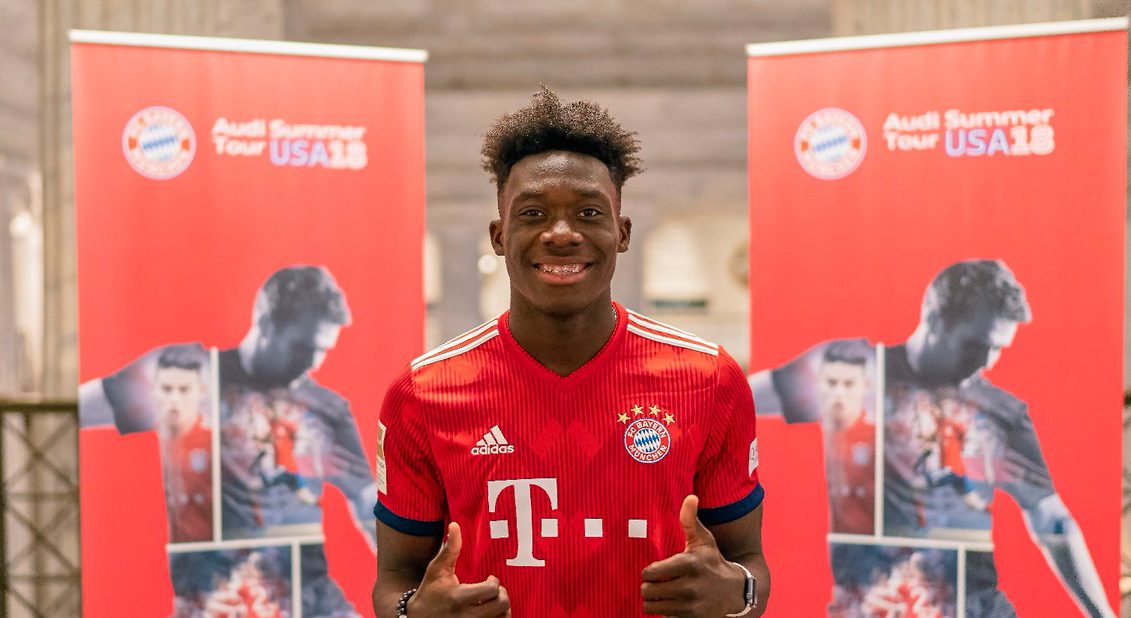 The 17-year-old Ghanaian-born Canadian will officially join Bayern on January 1, 2019 as he signed a five-year deal on Wednesday, the club announced. Davies was in Philadelphia on Wednesday for a physical with Bayern as they prepare to face Juventus in the International Champions Cup at Lincoln Financial Field.

“As a kid, I always dreamed of a moment like this,” said Davies. “Now that the dream has come true, the work continues as always. I have to keep pushing and keep striving, and also keep being me on the field. Ever since I joined the ‘Caps when I was 14, they molded me throughout the years into the pro that I’ve become. Thanks to the fans for supporting me, I really enjoy playing in front of them in Vancouver.”

“Our entire team, from our youth coaches right through to our first-team coaches and support staff, have worked collaboratively for the past few years to nurture Alphonso’s exceptional talent,” added Whitecaps FC president Bob Lenarduzzi. “Alphonso is very special to us. We’re happy to have him for the rest of this season and excited to see him take on this new challenge next year.”

#FCBayern are delighted to announce the signing of @AlphonsoDavies! 🇨🇦

He’s joined the club on a contract running until 2023 🔴⚪️ #MiaSanMia pic.twitter.com/yKSowVLsz7

Davies, has earned eight caps with the Canadian National Team but will be making a huge jump to Bayern from the Vancouver Whitecaps. He made his MLS debut back in 2016 with the Whitecaps, and has 55 appearances with the club since.

His production has skyrocketed in 2018, scoring three goals and registering six assists in 20 matches such far.

“Alphonso Davies is a very great talent,” Bayern sporting director Hasan Salihamidžić said. “At only 17, he promises a lot for the future. Alphonso already has great skills and was hotly courted by many top clubs for nothing. So I am very pleased that Davies has chosen FC Bayern. I would like to thank all those who worked on this transfer, especially our scouting and legal departments. That was great teamwork.”

Born in Buduburam, Ghana, Davies is excited for the next chapter of his journey as a pro player.

“I am very happy with my move to Bayern,” Davies said. “As a kid I always dreamed of such a moment. Now the dream has come true. But now the work continues, now I have to give everything to take advantage of this opportunity.”