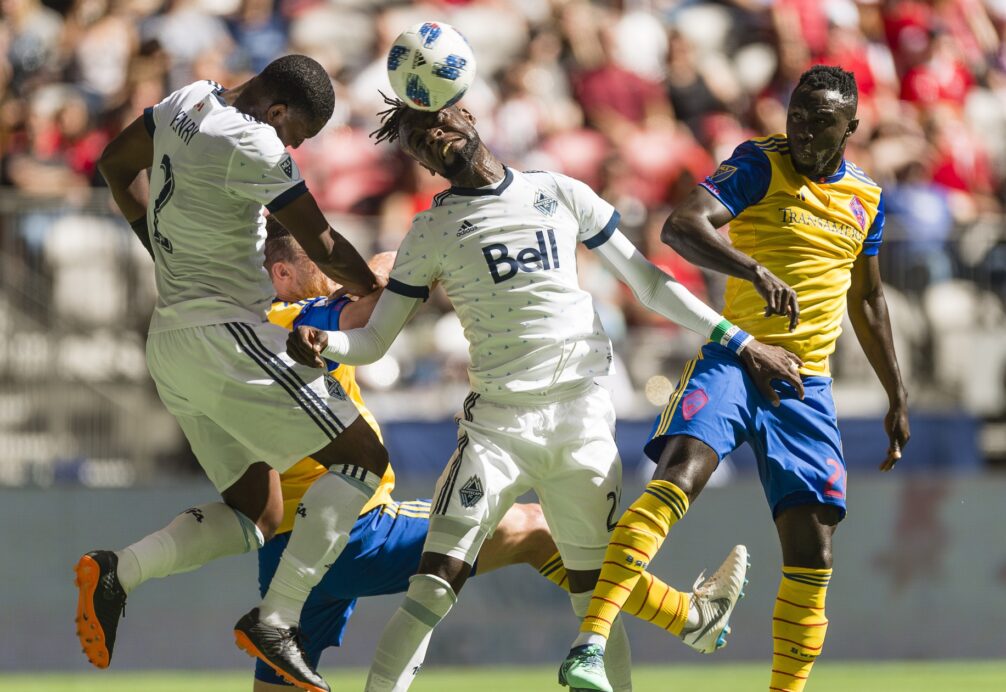 The Colorado Rapids haven’t had their share of luck so far in 2018, however it looks like things could be changing.

Anthony Hudson’s side used a first-half own goal by Vancouver Whitecaps defender Marcel De Jong to edge their Western Conference opponents 1-0 at BC Place.

The deadlock was broken in the 43rd minute after De Jong saw a deflected effort go off of him and in for an own goal. Yannick Boli struck the crossbar before Joe Mason’s effort was saved right after. However, the 31-year-old couldn’t get out of the way and unfortunately saw the deflected save bounce off of him and in.

Rapids keeper Tim Howard stole the show the remainder of the way, keeping out save after save to preserve the win. The American keeper made 10 saves in total to help Colorado to their second straight win.

Howard’s biggest save came on Kei Kamara in the 53rd minute as the forward looked ready to score. Kamara later hit the crossbar as the Caps’ pressure continued on the Rapids goal.

Jordan Mutch’s long-range effort was also saved by Howard as the Rapids held on for their third clean sheet of the season.

Carl Robinson’s Whitecaps (6-7-5) have now lost back-to-back matches, being shut out in both. They next host the Chicago Fire on July 7th.

Howard was the shining star for the Rapids, making 10 saves in a massive road win.

Kamara looked destined to beat the U.S. international but his best chance struck the bar in the 72nd minute.

Youngster Alphonso Davies has had a superb season for Vancouver but the 17-year-old was ineffective offensively on Sunday.