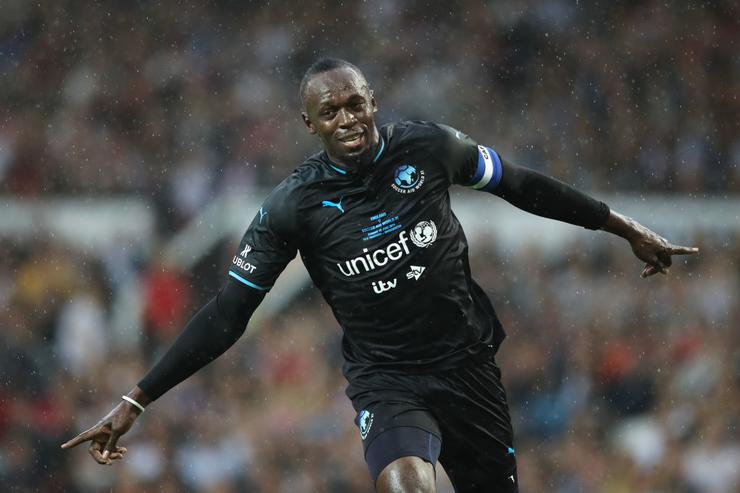 Usain Bolt has made little effort to keep it a secret that he is interested in playing professional soccer.

Rumors starting in 2016 linked him with the likes of Borussia Dortmund and Manchester United among other top clubs. But now forthcoming USL franchise Austin look primed to make his dreams come true according to the Statesman.

Bolt and Austin have been in talks for months, working to draw up a contract that would tie Bolt to the club long term in a deal that would see Bolt become not only a soccer star but also an ambassador for the club.

“Bolt is an icon. It’s very confident and aggressive of him to leave come out of being the best track and field athlete in the history of the sport, and leave that and say, ‘Hey, I’m going to be one of the best in another sport,’” USL Austin General Manager Roberto Silva said. “It’s very bold, if I may. That’s the attitude we want from our franchise.”

USL outfit Las Vegas Lights FC was also rumored to be in the running for Bolt last week, but apparently his price was too high. Whether this will be an issue for USL Austin has yet to be seen.

Bolt, approaching 32 years of age, retired from his career as a world-record-breaking track superstar after the 2017 World Championships in Athletics.

In 2018, Bolt turned his gaze towards professional soccer, training with Norwegian side Strømsgodset and even playing with the side in a friendly against the Norwegian U-19 National Team. After being rumored to be in talks with a number of clubs, USL Austin may finally be the one for the former Olympian.

The team will announce its brand, coach and several players at a press conference Aug. 3 at Circuit of the Americas. Silva said it is unlikely a deal with Bolt could be reached by then.