Revs left frustrated by performance in listless draw with Sounders 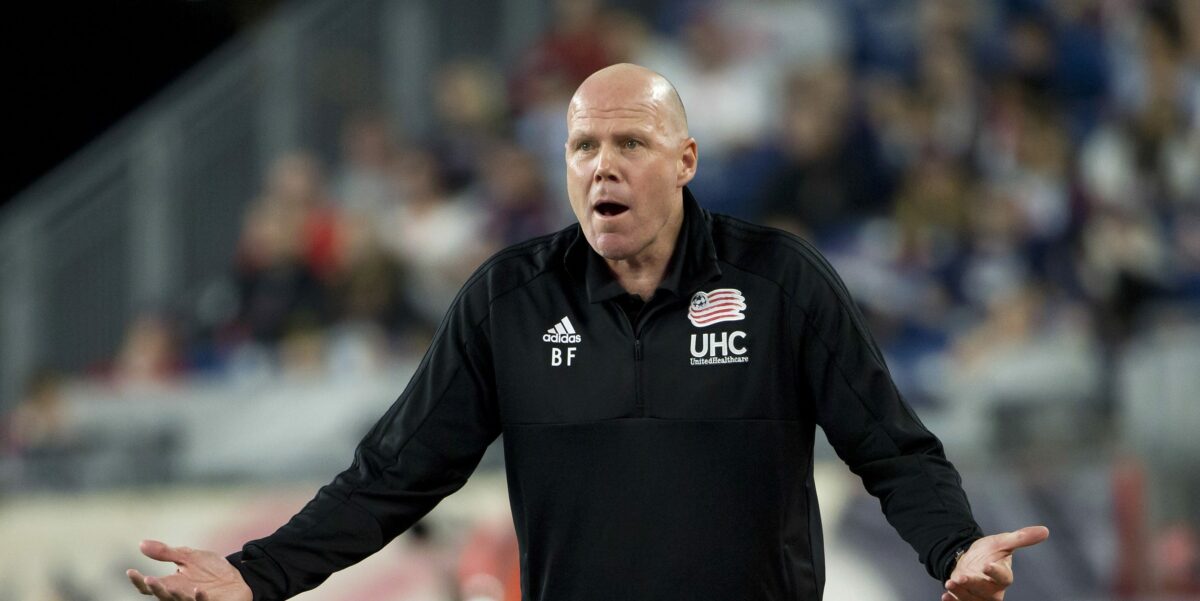 FOXBOROUGH, Mass. — Under different circumstances, the New England Revolution’s first shutout in over two months would have felt like cause for celebration. However, a forgettable performance at home against the Seattle Sounders left the Revs feeling like they left crucial points on the table.

“The onus was on us to go out and play. They only wanted a draw,” frustrated Revolution coach Brad Friedel said. “(Sounders coach) Brian Schmetzer said even after the game, ‘Sorry we played like that, but we had to.’ I don’t know why they had to. I know they’re in a bad situation this season, but they still have some wonderful players on the team. But, any system that gets put in front of you, you have to try to break it down.”

With the Sounders coming off a midweek win over the Colorado Rapids, they were able to batten down the hatches on Saturday night at Gillette Stadium, where the Revs typically perform well. New England (7-4-7) was unable to put any of its nine shots on target.

“It’s always frustrating (to drop points) at home because we know how good we are at home,” said substitute Juan Agudelo, who did not register a shot in his 34 minutes. “We know what quality we possess individually as players, so we definitely take this as a loss.”

The Revolution just completed their best first half since MLS moved to a 34-game schedule in 2011, and sit in fifth place in the Eastern Conference with 28 points. However, points are still at a premium in a conference where no team is truly out of the playoff hunt yet.

While the Revs sit four points ahead of the surging Montreal Impact and five points in front of the Chicago Fire, they are still vulnerable. After their current three-game home stand, the Revolution will finish the season playing 10 of the final 15 matches on the road.

“Today, I don’t think we were all perfectly there, not 100 percent. It’s a disappointing one,” Fagundez said. “We wanted to get nine points out of these three games and to take a point today, it’s just not right.”

The Revs were fortunate to pull out a 3-2 win over last-place D.C. United last weekend and after another uninspiring performance on Saturday, the Revs will need to improve their form against the LA Galaxy next weekend come out of their last home stand of the season on the right foot.

Despite winning just one of seven road games this season — and only one road game in 2017 — Friedel isn’t concerned about the upcoming slate.

“The team has a very good resilience about it,” Friedel said. “I think when we’ve gone away from home, we have a determination. It should not matter where you play, home or away. I know this is an American thing in all sports, where you go away from home and it’s difficult to win games, things of that nature. That’s not the way that I look at it. That’s not the way my staff looks at it. We look at it as, we have a good enough team to win home or away.”

If the Revs can’t take maximum points from their remaining home games, they might just need to prove their road chops to make the playoffs.