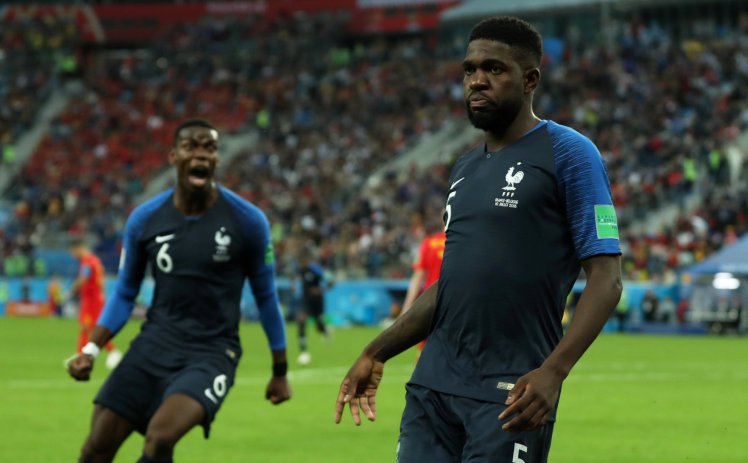 France came into the 2018 FIFA World Cup trying to get the bad taste out of their finish at the 2016 European Tournament on home soil.

Les Bleus have responded in a huge way this summer, advancing to Sunday’s final after their 1-0 semifinal win over Belgium on Tuesday.

Barcelona defender Samuel Umtiti was the SBI World Cup Player of the Day, scoring the winning goal for Didier Deschamps side. Umtiti headed Antoine Griezmann’s corner in past Thibaut Courtois which would be the lone goal in the match.

Umtiti also had a superb defensive performance, helping his side limit the deadly Belgian attack.

The 24-year-old beat out Courtois for this honor and now prepares to face either Croatia or England in the final.

What did you think of France’s performance? Is Umtiti the best French defender in the World? Can Les Bleus win the World Cup?