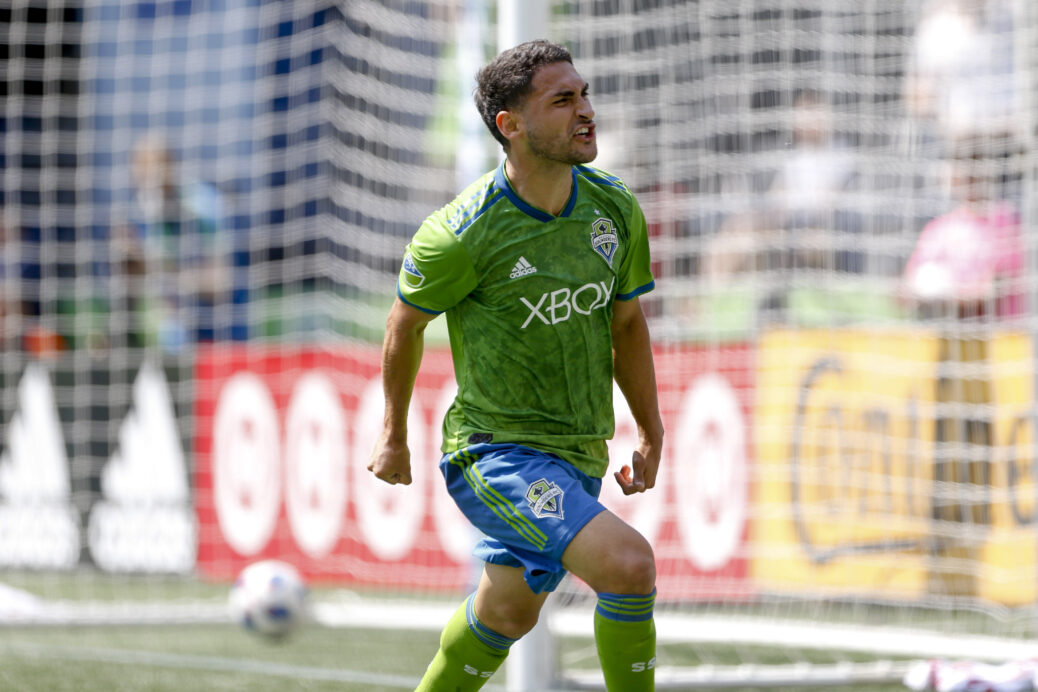 Largely written off just a few weeks ago, the Seattle Sounders are thoroughly back in the mix of things after posting a 3-1 win over New York City FC on Sunday afternoon.

The Sounders (7-9-5, 26 points) are now undefeated in six games, have won three straight matches, and find themselves just five points behind Real Salt Lake for the sixth and final Western Conference playoff spot. With 13 matches remaining and a game in hand, it seems a fairly manageable task.

Yes, NYCFC (13-5-4, 41 points) was missing David Villa to injury and holding midfielder Alexander Ring to suspension (yellow card accumulation). And yes, the visitors also played a road game against Orlando City on Thursday night. But no one gave the Sounders’ points for trying when they were decimated by injury earlier in the year. And they are piling up points while clearly playing something short of their best soccer.

While pregame attention highlighted the fact that Raul Ruidiaz was making his first home start for the hosts, the victory was a team effort throughout.

Cristian Roldan opened the scoring in the 36th minute, gathering a pass near the penalty spot and sending a shot across the face of goal and into the far netting for the 1-0 lead. It was Roldan’s second goal of the season. Kelvin Leerdam assisted on the play.

Gustav Svensson — making his third appearance since returning from World Cup duty  — doubled the lead five minutes after halftime. As defenders collapsed around Nicolas Lodeiro in the box, the Swedish midfielder stepped into a wide swath of open space outside the area, collected a pass from Lodeiro, and skipped a first-touch shot through traffic and past goalkeeper Sean Johnson.

NYCFC pulled one back in the 68th minute after Chad Marshall turned the ball over in his own half of the field. Charging down the sideline with multiple runners streaking into the box, Jo Inge Berget found Jesus Medina at the doorstep for a simple tap past goalkeeper Stefan Frei.

The visitors never threatened again, however, and the Sounders put the match away for good in the final minutes.

Harry Shipp, playing his best soccer in years, found the back of the net in the 86th minute. With the visitors’ defense clearly tiring, Shipp collected a pass from substitute Will Bruin, drove unmarked into the heart of the area, and buried a shot past Johnson for the 3-1 lead.

NYCFC actually began the match on the front foot, controlling possession in the attacking half of the field and generating multiple shots over the first 25 minutes. Maxi Moralez nearly opened the scoring in the 21st minute, hitting the post on a free kick from outside the area. Roldan’s strike changed the tone of the match, however, and the visitors rarely threatened over the final hour of soccer.

The lost snapped a four-game win streak for NYCFC, and Roldan’s opening strike snapped a 433-minute scoreless streak for the the visitor’s defense.

Looking forward, both teams are back in action next weekend. The Sounders visit Minnesota United, while NYCFC hosts the Vancouver Whitecaps.

Nicolas Lodeiro. The Uruguayan Designated Player continues to put his stamp on this resurgence, picking up an assist and driving much of the action while roaming freely in head coach Brian Schmetzer’s system.

The Maxi Moralez free kick in the 21st minute. An early lead and the chance to bunker and defend would likely have led to a much different outcome.

Kwame Awuah and Ebenezer Ofori split the honors. Holding midfielder Alexander Ring missed the match due to yellow card accumulation. On at least two of the Sounders’ goals NYCFC looked very much like a team in need of a holding midfielder.