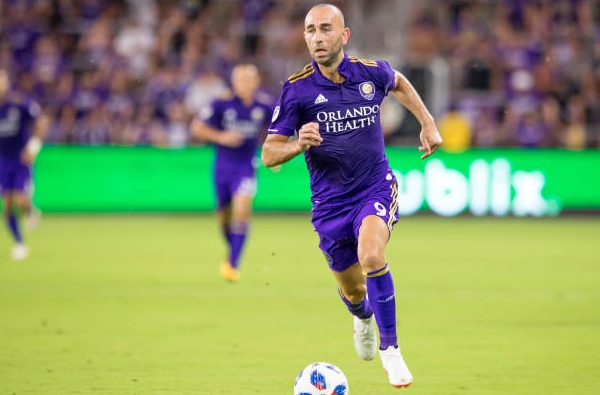 Orlando City winger Justin Meram spent his first seven seasons with the Columbus Crew and he could very well be on his way back.

According to MLS, sources have confirmed that Columbus is in talks with Orlando about reacquiring the 29-year-old. Meram, was traded to Orlando last winter in exchange for $750,000 in Targeted Allocation Money (TAM), $300,000 in General Allocation Money (GAM), and a 2019 international roster spot.

Orlando City is seeking the same amount in return for Meram that they previously gave up, but the Crew are unwilling to pay that much of a price. The Lions have also offered Meram to several other teams across MLS.

In 2016 and 2017, Meram became one of the best wingers in the league registering 18 goals and 20 assists across 64 matches with the Crew. Saturday saw the Crew come back for a 3-2 win against the Lions at Mapfre Stadium. Meram did not feature in James O’Connor’s 18-man squad.

It was the third consecutive match in all competitions where Meram did not make the 18-man squad. He previously was granted a three-day leave of absence back on June 29th citing “personal reasons”.

In 17 league matches in 2018, Meram has one goal and three assists as Orlando City continues to fight for needed points in the Eastern Conference. Both teams have until Aug. 8 to make a deal before the closure of the Secondary Transfer Window.