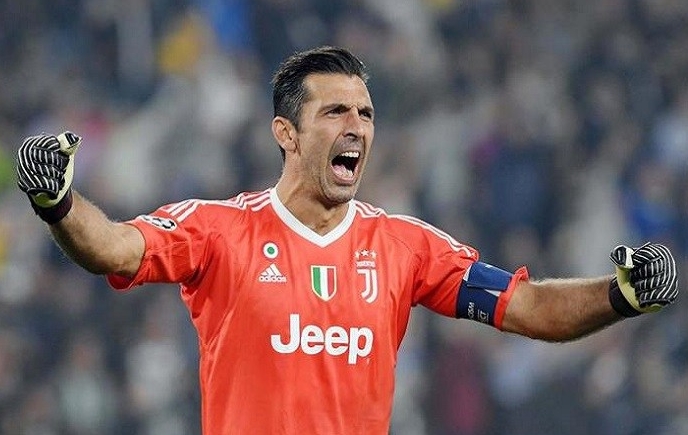 40-year-old Gianluigi Buffon became a legend at Juventus and is now gearing up for the next chapter of his career.

According to Goal, the veteran keeper will undergo a medical with Ligue 1 giants Paris Saint-Germain, and has agreed to a two-year deal. He is expected to be announced as PSG’s latest signing next Monday after an emotional farewell from the Serie A heavyweights earlier this summer.

Despite never lifting a UEFA Champions League title with Juve, Buffon’s 17-year spell with the Old Lady saw a total of 656 appearances. Buffon was a key part of Juve’s seven consecutive Scudetto’s and a longtime member of the Italian National Team.

With new manager Thomas Tuchel taking over at the Parc Des Princes, Buffon will prepare to help PSG advance even further in Europe’s top club competition.

Under Unai Emery in 2017-18, PSG won the domestic treble but was ousted in the Round of 16 of the UCL falling to eventual winners, Real Madrid.

Real Madrid has agreed to a deal with yet another Spanish youngster who will look to star in their backline.

Los Blancos has made a deal to acquire Spanish and Real Sociedad right back Alvaro Odriozola, according to SkySports. The 22-year-old has won rave reviews after making the Spanish squad ahead of the 2018 FIFA World Cup. Despite making the 23-man roaster, Fernando Hierro did not play Odriozola a single minute as Spain crashed out in the Round of 16.

Pending a medical with Madrid, Odriozola has agreed to a six-year deal with the defending European champs. He made 41 appearances in all competitions last season, scoring one goal and registering four assists.

Odriozola is expected to fight for a first-team spot with veteran Dani Carvajal and Moroccan international Achraf Hakimi.

Napoli has bolstered their midfield with the acquisition of Spanish U-21 midfielder Fabian Ruiz on Thursday.

The 22-year-old Ruiz is expected to take the place of Italian midfielder Jorginho who is expected to move to Manchester City, according to Goal. Ruiz made 35 appearances for La Liga outfit Real Betis last season, scoring three goals and adding six assists. He helped Betis to a European qualification spot this summer.

Napoli has triggered the midfielder’s €30 million release clause after the move has been silenced for several weeks. Ruiz has signed a five-year deal with the club and will join fellow Spanish compatriots Raul Albiol and Jose Callejon.

Ruiz began his career with Betis in 2014, splitting time between the first and second team. In 2017, he made 18 appearances on loan with second-tier side Elche and also has five appearances with the Spanish U-21 side.

Ben Foster will be playing top-flight football in 2018-19 after making a switch to Watford on Thursday.

According to SkySports, the 35-year-old has joined the club from relegated West Bromwich Albion on a two-year deal. Foster is back at Vicarage Road where he enjoyed a successful loan spell from Manchester United between 2005 and 2007.

The former England international is the third signing by the Hornets this summer, who open their campaign on August 11th against Brighton & Hove Albion.

After one season in the Bundesliga, Kevin-Prince Boateng has made a switch back to Serie A.

The Ghanaian midfielder has joined Sassuolo from Eintracht Frankfurt on Thursday, according to Goal. Boateng, 31, is coming off a strong season in the Bundesliga with Frankfurt and has had two prior spells in Italy with AC Milan.

Boateng netted six goals in 31 appearances for Niko Kovac’s side, and was a key figure in their German Cup victory over Bayern Munich last May. The veteran lifted the Serie A title with the Rossoneri in 2010-11 and made 114 appearances for them across two spells prior.

He has 15 caps for Ghana and has also seen time domestically with Tottenham Hotspur, Borussia Dortmund, and Schalke.