Timothy Weah: I want to become USA’s greatest talent ever 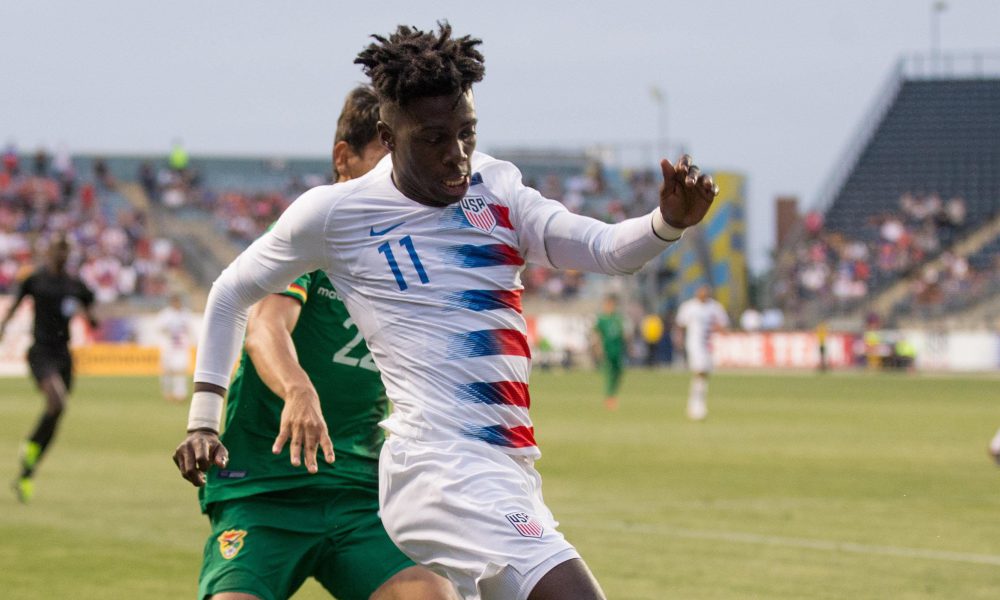 U.S. Men’s National Team and Paris Saint-Germain forward Timothy Weah may be 18 years old, but he surely definitely doesn’t lack any self confidence.

Weah has recently stated in an interview with Nike that he wants to become the U.S.’ greatest-ever footballing export, ESPN reported. The son of Liberian President and former world player of the year George Weah, Tim Weah has been on the radar of the USMNT and is determined to emerge from his father’s shadow.

“There are people that said I will not be as good as my father,” Weah said. “That I am trash and asked why I am playing for the U.S. You know, that is just pushing me to be the star that my country has been looking for. My dream is eventually coming the greatest talent to come out of the United States and New York, being a starter and playing for my country.”

Weah made his first senior appearance with PSG last season, after being in the club’s academy since 2014. 2017 saw him score two goals in eight appearances with PSG’s second team, before making a trio of appearances in Ligue 1 action for the French Champions.

After some stellar performances with the U.S. U-17 team, Weah got his first cap with the senior squad against Paraguay in March of this year. Weah received his first start from caretaker coach Dave Sarachan in May’s friendly against Bolivia, where he became the fourth-youngest player to score for the United States. Playing for a star-studded team like PSG is always going to be tough for a young player, but Weah isn’t letting that stop him for making a name for himself.

“I have done a lot to get here. I have faced a lot of people who said that I would always be in my father’s shadow. I just take that, and I use that as a boost, because as much as I love my father, I am trying to make a name for myself.”

“There was this point in my life where I thought I was not fit enough to do a full 90 on the field. I got up at maybe six o’clock in the morning, went running, then just kept doing laps. After that I scored a hat-trick against Paraguay [at the 2017 U-17 World Cup in India] and I was like ‘hard work really does pay off’ – I have been on my grind ever since.”

With former Borussia Dortmund manager Thomas Tuchel taking over with the Ligue 1 giants, Weah is hoping to feature more heavily. Tuchel has also managed U.S. star Christian Pulisic during his rise with the Dortmund first-team a few years back.

PSG will begin its defense of their league title on Aug. 11th at home against Caen, but first will face Bayern Munich, Arsenal, and Atletico Madrid during its preseason tour of the United States.