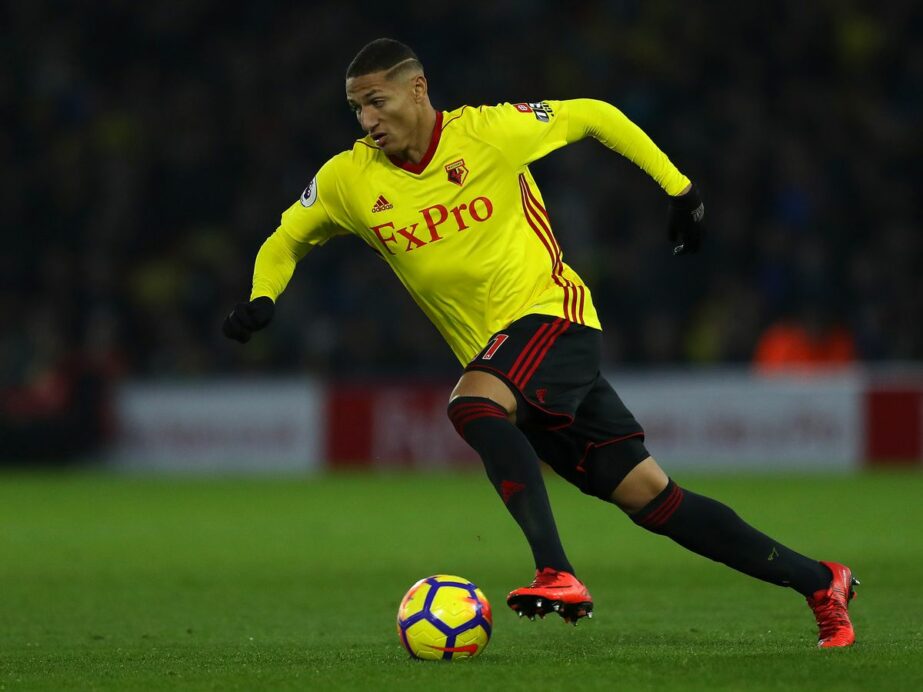 Everton has made a huge splash ahead of the 2018-19 English Premier League season, strengthening the team’s attacking front.

The Merseyside club has inked the signing of Brazilian playmaker Richarlison on a five-year, £40 million ($53) move from Watford, Goal reported. Everton will be under the leadership of former Watford boss Marco Silva this season and the Spaniard will have his former attacker in his squad.

Only 21 years old, Richarlison made the move to the Premier League in the summer of 2017 and scored five goals and registered four assists in 41 appearances last season. He has recently been on the radar of both Chelsea and Manchester United after strong moments in his debut season in England.

“I want to have a lot of success with Everton,” Richarlison said in a club statement. “I think it is going to be important for me here with Marco Silva again. I will learn more because I am still learning as a player and I aim to develop and grow here. Everton have put their faith in me and I intend to honour this season and demonstrate on the pitch why I came here.”

Richarlison began his professional career with America Mineiro before moving to Fluminense in 2016. After nine goals in 41 appearances, the Brazilian moved to Watford. He has also made 10 appearances for Brazil’s U-20 side.

Wolverhampton Wanderers are preparing themselves for a strong season in the English Premier League and Tuesday continued that trend.

The 31-year-old has spent the last five years at Monaco, and is coming off a one-goal, seven-assist campaign with the Ligue 1 runners up in 2017-18. Moutinho has earned 113 caps with Portugal, which is the third-most caps in the country’s history.

Moutinho will join a growing number of Portuguese players at Molineux already, with Diogo Jota, Ruben Neves, Rui Patricio, and Ruben Vinagre headlining the bunch. The experienced midfielder should help Wolves greatly as they look for a successful season after a six-year absence from the top-flight.

Despite losing Brazilian goalkeeper Alisson to Liverpool, AS Roma looks to have found their new starter after all.

The Serie A side has announced the signing of Swedish international keeper Robin Olsen from Kobenhavn worth approximately £8 million, Goal reports. Olsen could receive an additional €3.5 in add-ons after his move to Rome.

Olsen has earned 23 caps with Sweden and started all five of his team’s matches at the 2018 FIFA World Cup in Russia. He made 57 appearances for Kobenhavn since 2016 and has also seen stops at Malmo PAOK. He is expected to wear the No. 1 with Roma and be the starting keeper for the club.

“I’m feeling happy, I’m very excited,” Olsen said. “It’s a big honour to come to Roma. It’s the next step for me and I cannot wait to get started.”

Gregorz Krychowiak had a tough season domestically in 2017-18 and the Polish international is seeking to avoid that result again this year.

The 28-year-old PSG man is set to move to Russian Premier League side Lokomotiv Moscow on loan, ESPN reports. Krychowiak moved to PSG from Sevilla in 2016, but only made 11 appearances for the Ligue 1 giants since.

His loan to West Bromwich Albion last season ended in relegation despite 27 appearances in all competitions. Krychowiak has joined Lokomotiv just in time for their Russian Super Cup clash with CSKA Moscow on Friday and will seek more playing time this season.

Krychowiak featured for Poland at the 2018 FIFA World Cup in Russia this summer, but saw his side eliminated in the group stage. He has also seen time with Reims, Bordeaux, and Nantes domestically during his career.

Lokomotiv are the defending Russian Premier League champs meaning Krychowiak could see time in the UEFA Champions League this season as well.