U.S. Open Quarterfinals: A Look Ahead 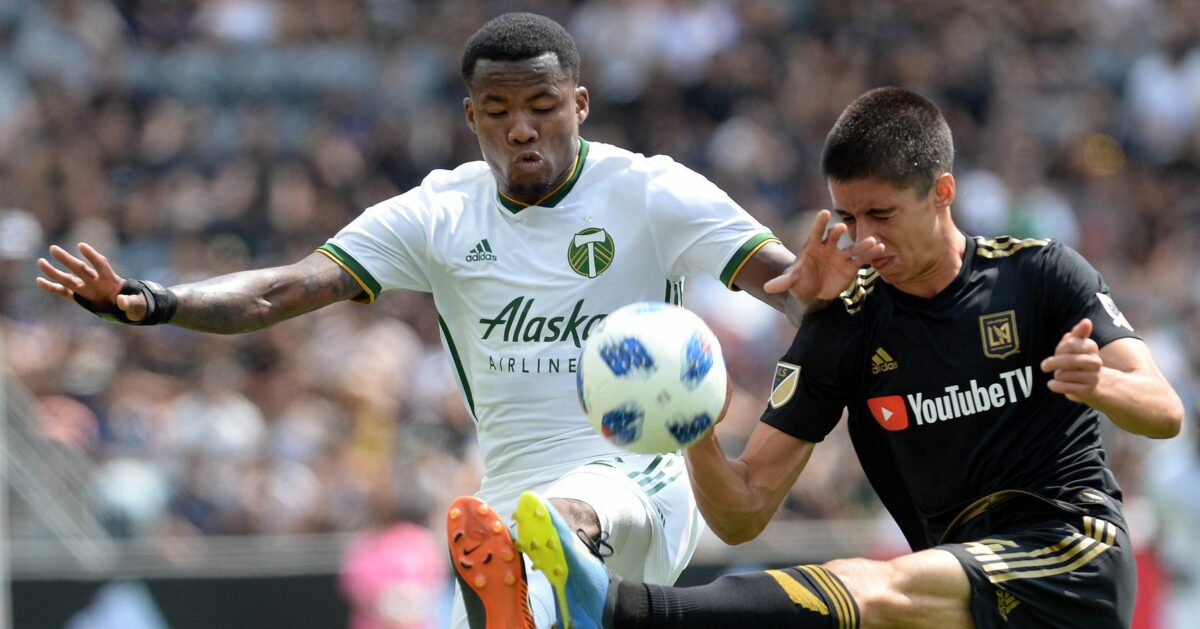 The 2018 U.S. Open Cup is down to eight participants, and by the end of Wednesday night, the field will be dwindled down to four.

Defending champion Sporting Kansas City headlines the field, and in order to take one step closer to repeating, Peter Vermes’ side must conquer a team it bested in the round of 16 a year ago.

Seven of the eight teams left in the competition hail from MLS, with Louisville City being the lone USL participant.

Wednesday’s four-game slate begins in Philadelphia and concludes with a matchup between a pair of Western Conference MLS sides that just squared off Sunday.

Below is a look at each of the U.S. Open Cup quarterfinals.

Orlando City’s excruciating nine-game losing streak came to an end Saturday against another disappointing side in Toronto FC.

The Lions needed that win in order to build up some type of confidence going into Talen Energy Stadium.

In their only meeting of the MLS campaign, Orlando knocked off Philadelphia 2-0 on April 14 in Chester.

Much like other games this season, the Union dominated the offensive stat categories, but failed to find the back of the net.

Jim Curtin’s side is hoping that trend has changed after pulling out a 4-3 win over the Chicago Fire a week ago.

A rejuvenated David Accam appears to be in line for a start over the injured Ilsinho, while the important starting decision comes down to either Cory Burke or C.J. Sapong at forward.

The matchup to watch in the showdown of Eastern Conference playoff hopefuls comes up top, as Dom Dwyer looks to use his physicality to bruise against the young Union center back pairing of Auston Trusty and Mark McKenzie.

Louisville City has been in the news over the last few weeks for its Open Cup triumph and the departure of manager James O’Conner to Orlando City.

The USL side, who is looking to become the second USL representative in the semifinals in the last two years, experienced some up-and-down results recently.

Despite sitting fourth in the USL Eastern Conference, Louisville has one win in its last five league games, and is coming off a loss to the Charleston Battery on Saturday.

After stringing together a five-game unbeaten run, Chicago is in the middle of another lull, as it’s suffered three losses in a row.

During the poor run of form, the Fire let in 10 goals, including seven in the last week to Philadelphia and FC Dallas.

If the Fire’s defense is able to fix its issues and contain the Louisville attack led by Cameron Lancaster, they’ll be able to push through to the final four.

Houston’s only loss in its last five games came at the hands of Sporting Kansas City, who used a pair of late goals to earn a 3-2 victory on June 23 at Children’s Mercy Park.

Daniel Salloi was the star of that contest, as he produced a goal and two assists in the last win earned by Peter Vermes’ side.

A year ago, Sporting KC became the only team to win on the road in the round of 16 at BBVA Compass Stadium, as Ike Opara and Gerso Fernandes bagged goals.

Sporting KC’s defense is going through a rough stretch, as it’s conceded on 11 occasions since its last triumph against the Dynamo.

Conversely, Wilmer Cabrera’s men enter Wednesday off a pair of shutouts against Minnesota United and Colorado.

Although both teams possess an impressive collection of forwards, the game could be won in the middle of the park, as Ilie Sanchez and Roger Espinoza take on Eric Alexander and Memo Rodriguez.

Familiar foes Portland and LAFC square off for the second time in four days in Wednesday’s finale.

The two sides played to a scoreless draw that more of an affirmation to Diego Chara’s importance to the Timbers than anything.

Giovanni Savarese’s side hasn’t lost since April 8, and it’s only suffered three defeats in 2018.

Before Sunday, LAFC was the hottest team in MLS, with Adama Diomande striking the back of the net at will.

With three days to make adjustments to his game plan, Bob Bradley should have an answer for the Timbers and Chara, which means we could see a more wide-open contest at Banc of California Stadium.

Portland hasn’t allowed a goal in two U.S. Open Cup games and conceded once in its last two league games.

On the other hand, LAFC’s let in a tally during four of its six games on its latest unbeaten run, and it conceded twice to Sacramento in a back-and-forth round-of-16 contest.