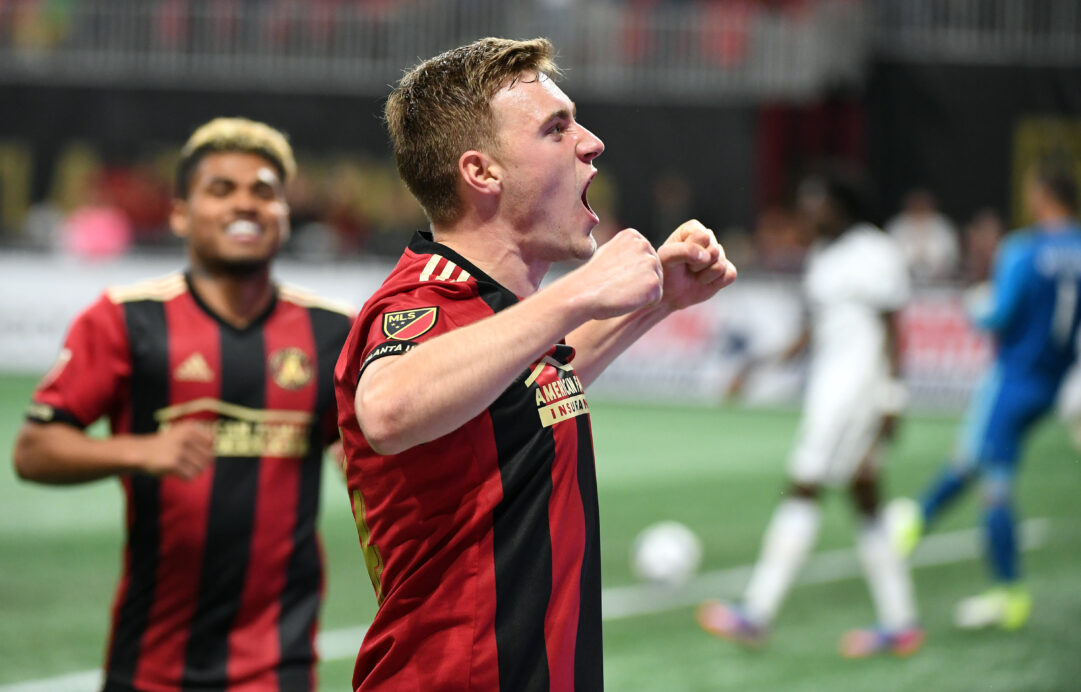 CHESTER, Pa. —   Atlanta United’s Julian Gressel is thriving in his second season with the club, featuring in new positions under head coach Tata Martino. The 24-year-old had a strong debut season in MLS last year, scoring five goals and registering nine assists as an attacking midfielder.

2018 has seen Gressel’s versatility play huge dividends for the Five Stripes who snatched their 12th win of the season on Saturday in a 2-0 triumph against the Philadelphia Union.

Despite maybe not being used as a more attacking player this season, Gressel has enjoyed the time on the pitch and is out there to help Atlanta be successful.

“The best spot on the field for me is up to the coach, it changes from game to game,” Gressel said. “It doesn’t really matter where I play to be honest, I’m open-minded and I’ve felt I’ve been able to develop a lot at every spot I’ve played. It’s been great and wherever coach puts me is fine with me.”

The German product was used more in positions high up the field in 2017, seeing time as a right winger or right midfielder in the Five Stripes’ dynamic attack. Injuries to several starters such as Greg Garza and Darlington Nagbe has seen Martino make a few changes in the team’s formation. Gressel has taken the role left by Nagbe in midfield, paired with longtime veteran Jeff Larentowicz. His two goals and five assists may be a step down in production, but overall his contributions have stayed the same throughout the move.

Gressel’s move hasn’t dampened the midfielder’s spirits as it’s helped him become an even better all-around talent. Martino has managed a wide range of talent during his career as a head coach, with Lionel Messi, Andres Iniesta, and Xavi Hernandez being a few on that list. With Atlanta striving to make a deep run in this fall’s MLS Cup Playoffs, Gressel’s role has become more important over the last few weeks which hasn’t gone by Martino’s radar.

“I’ve said it the last few weeks, Julian is becoming an irreplaceable player for us,” Martino said. “He’s able to play so many positions for the team without any drop off in his play. His quality has been great to see and he will continue to be a very important player for us.”

As a young player, Gressel is still trying to take in a lot of information in his second season. His teammates have been able to bag a huge amount of goals, while defensively they try to develop into a two-way team if the goals ever run dry for a period. Despite their 3-2 midweek defeat to FC Dallas, Gressel savors the feeling of helping his team keep their sixth clean sheet of 2018, but to erase a loss in quick fashion.

“This feels good, we wanted to come out after the loss to Dallas and win,” Gressel said. “We said it in training we just needed to translate our play over to the field. Tonight was a tough game and sometimes on the road you have to grind our results, which we have been doing over the last few weeks.”

“It was just a mature performance overall by the guys. We we’re able to score two goals, keep a clean sheet and get out of here with three points. It’s simple as that and it’s a good feeling as we return home.”

Gressel and Atlanta United eclipsed the 40-point mark on Saturday with the win, and next return home for a July 15 clash with the Seattle Sounders.