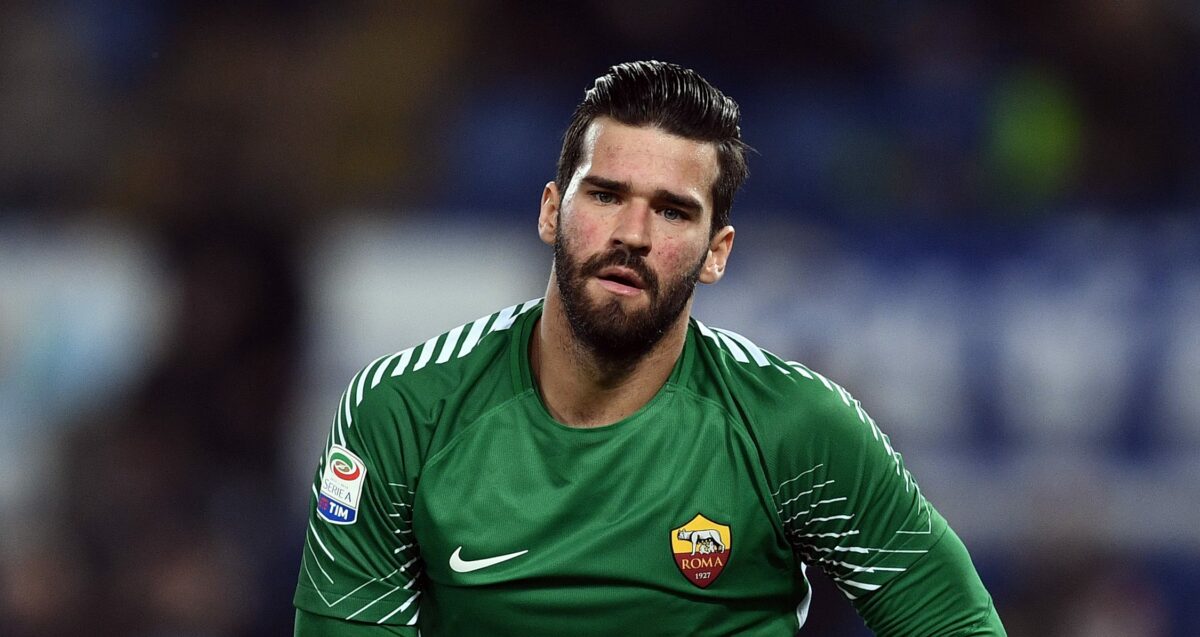 Liverpool went into the summer with a pressing need for a goalkeeper upgrade, and the Reds spared no expense to secure the player they wanted to fill that role.

Liverpool has agreed on a reported $86 million transfer for AS Roma and Brazilian national team goalkeeper Alisson, according to multiple reports. The fee would be a new record for a goalkeeper, shattering the old record set when Ederson moved from Benfica to Manchester City.

Liverpool must now agree to personal terms with Alisson to complete the move.

If Courtois moves as expected, it could clear the way for Petr Cech to make an emotional return to Chelsea. (REPORT)

Tottenham continues to be identified as the leading candidate to sign French World Cup winning defender Benjamin Pavard away from Bundesliga side Stuttgart. He won’t come cheap though. (REPORT)

Hernan Dario Gomez has stepped down as head coach of Panama after leading the Canaleros to their first World Cup. (REPORT)

The U.S. Open Cup quarterfinals kick off on Wednesday. Here is a preview of the four matches.

Mike Petke made waves with his epic rant against VAR on Saturday, and SBI’s Joe Tansey believes he had a good reason to vent.

NYCFC moved into the top spot in the latest SBI MLS Power Rankings.

Don’t look now, but the LA Galaxy have moved into playoff position in the Western Conference.