Woeful Rapids have gone from bad to hopeless 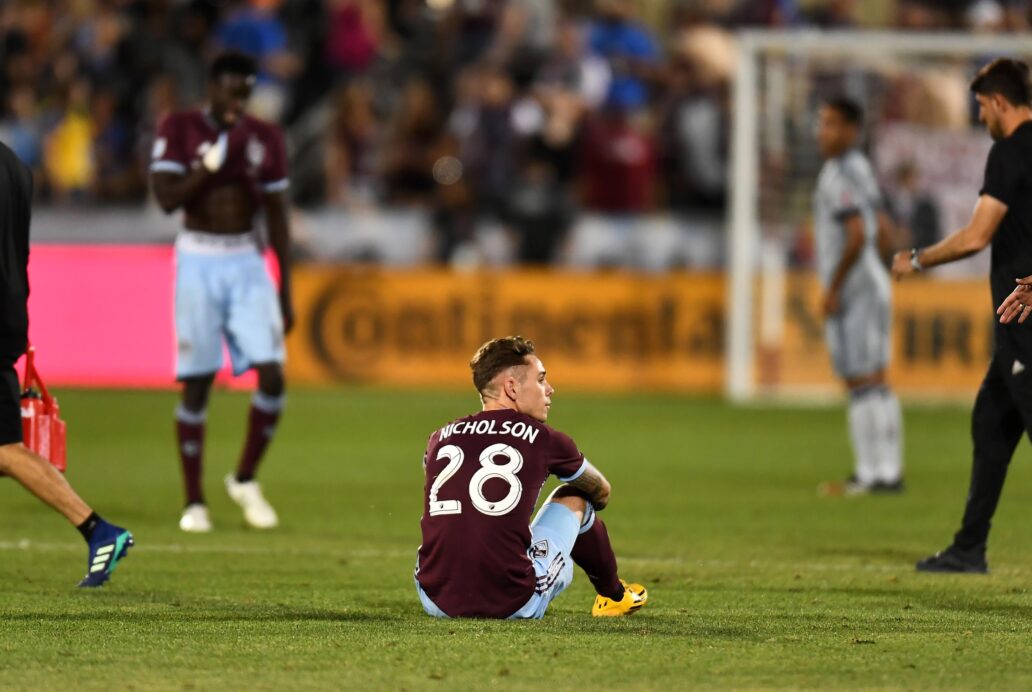 It pays to have a plan in place, and it could be said the the Colorado Rapids are working with a plan. Results continue to show that it isn’t a very good one.

The Rapids are a bad soccer team. They are bad on the field and they are almost equally as bad off of it. The team sits second-to-last in the West with four wins in 18 games to go with a -10 goal differential.

The play on the field has been hard to watch for a variety of reasons. But what’s even harder to watch is the way the club has executed a “vision”, one that has little to no chance of succeeding in the modern MLS.

Let’s get it out of the way: the Rapids will never be an LAFC or a New York City FC or an Atlanta United. They don’t have the glamour or the clout. They also don’t have the money or the connections or the resources, and that’s fine. For as big as parity is in MLS, the league is quickly becoming a league of wealthy elite. Still, it’s possible to compete with the wealthy elite if you have a bonafide plan.

Sporting KC has built a system and a training ground to match. FC Dallas relies on up-and-coming Homegrowns to supplement South American stars. The Columbus Crew have overcome some major losses by committing to a system while rewarding longtime contributors. It’s possible if you do things right. You can find Homegrowns or improve through the draft or farm the USL. You can find talent.

Now, let’s get back to the Rapids. The Rapids plan, in some ways, began with the signing of Tim Howard. There’s nothing wrong with splashing the cash on a U.S. Men’s National Team regular, especially when you need to put butts in seats. But when that former USMNT regular is arguably the second best goalkeeper on your roster, you have a problem.

The rest of the roster is a mess. An offseason recruiting push saw the Rapids bring in the equivalent of the English lower league All-Stars. Jack Price, Tommy Smith, Danny Wilson and Joe Mason headlined the team’s winter moves. None have been good enough. Mason, a Targeted Allocation Money signing, was waived this week.

As things stand, the Rapids have two DPs on their roster: Howard and Shkëlzen Gashi. If offered to any other team in the league, would another MLS side take either of those two players on their current deals?

And then there’s the coach, Anthony Hudson, who was brought in after a reasonably successful stint with New Zealand. Despite an awful start to the season, Hudson was immediately linked with a return to England for some reason, even though the half-year stint with the Rapids would do little to inspire faith.

It’s not good enough. In a league that is quickly moving towards younger, more dynamic talent, it’s simply not enough. You don’t need to sign the Ezequiel Barcos of the world to compete, but you need to be shrewd, creative and, most of all, smart.

The Rapids have shown no creativity, on or off the field. On the field, the team routinely starts a lineup full of centerbacks with half of them miscast in other positions simply because they don’t have enough attacking talent. Off the field, the team hasn’t adjusted its course at all, as Mason will reportedly be replaced by Giles Barnes, who is fresh off a failed stint with Club Leon and two lackluster MLS seasons for two different teams.

The blame falls on leadership. Pádraig Smith has done little to improve the team since 2014. Hudson has yet to show much of anything as a coach. The team, as a whole, has gone completely downhill since the surprise 2016 run.

Wholesale changes are needed, and they’re needed fast if the Rapids don’t want to fall further and further behind the pack. The club is dangerously close to irrelevancy, on and off the field, and the current system has done little to inspire hope that anything will change any time soon.