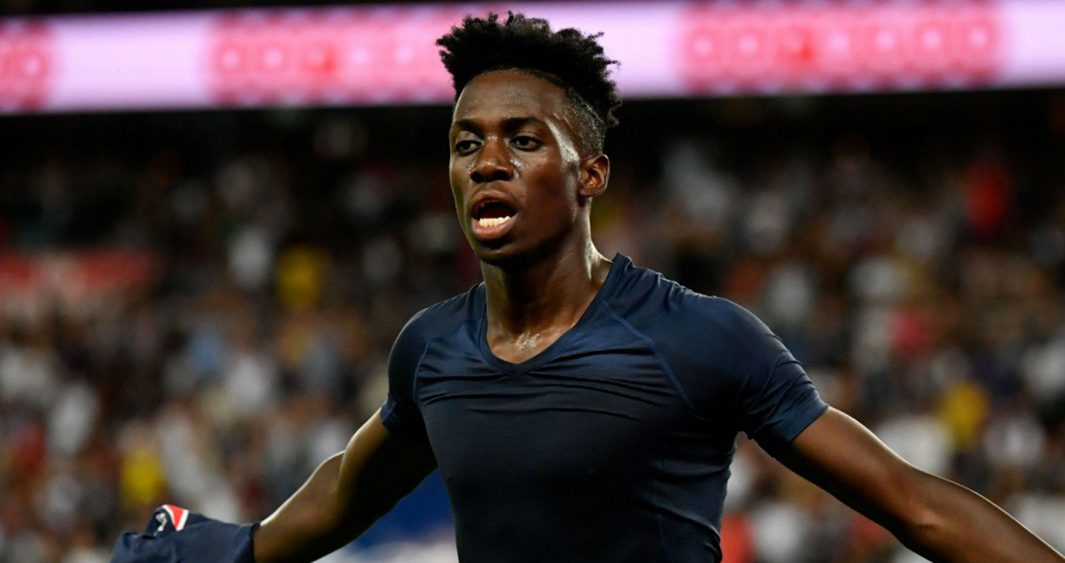 Timothy Weah’s Ligue 1 campaign got off with a bang last weekend and the 18-year-old is seeking an encore on Saturday.

Weah scored the third goal in a 3-0 PSG rout of Caen last weekend, for his first league goal with the club. Now Weah will seek a similar performance as Thomas Tuchel’s side travel to Guingamp in league play. With several playmaking attackers returning for PSG, his playing time could be limited, but if he continues to score he will give Tuchel a lot to consider.

Shaq Moore will seek his first start with Spanish second-tier side Reus Deportiu as they begin league play. Andrija Novakovich and Fortuna Sittard face a tough league test vs. PSV while Romain Gall and Malmo return to Allsvenskan play at home in Sweden.

Quentin Westberg and Auxerre face AS Nancy Lorraine on Friday.