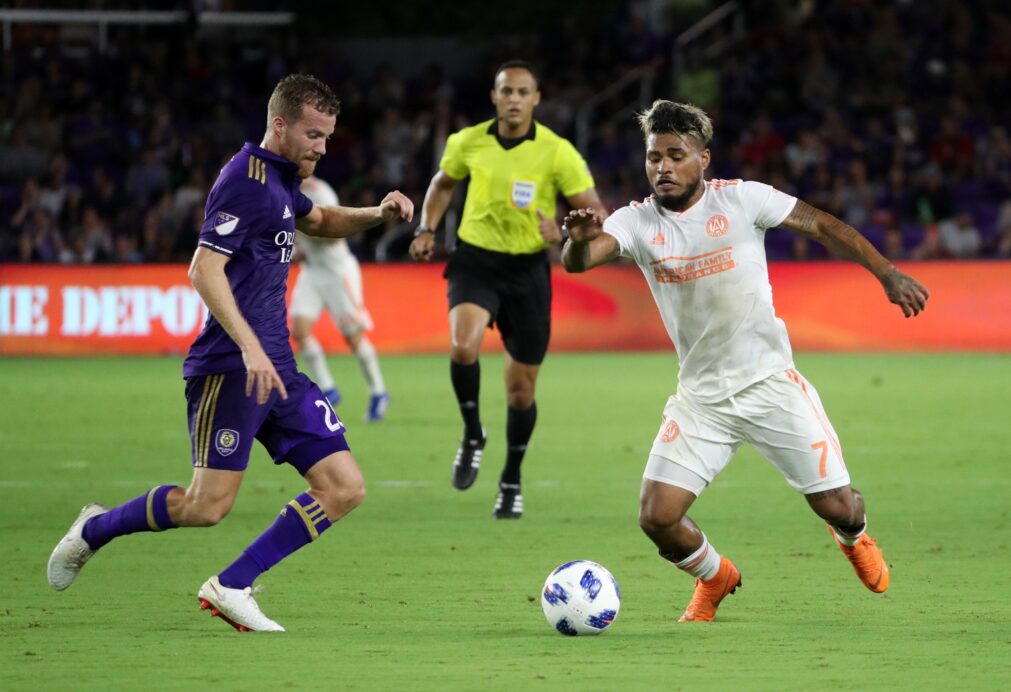 Atlanta United’s Josef Martinez has been on an absolute tear this 2018 season, helped the Five Stripes to the current top spot in MLS. On Friday, the Venezuelan etched his name in the league’s history books as he again played the hero for Tata Martino’s side.

Martinez’s second-half finish proved to be the difference as Atlanta United downed Orlando City 2-1 in an Eastern Conference clash.

The Five Stripes opened things in the 21st minute with centerback Leandro Gonzalez Pirez scoring from close range. The defender got on the end of a loose ball and scored his first goal of the season.

The Lions did not back down though after conceding and eventually answered before halftime.

Right back Scott Sutter finished nicely in the 39th minute, leveling for James O’Connor’s side for his second goal of 2018.

Atlanta poured on the pressure after halftime with Hector Villalba and Martinez each being repelled by Joe Bendik. However, the Five Stripes broke free on a counter attack with their leading-scorer making the hosts pay.

Julian Gressel sliced his way through the Orlando midfield on a fast break, finding Martinez with a through ball in the 74th minute. The 25-year-old chipped Bendik for his 28th goal of the season becoming MLS’ new single-season record goalscorer.

Brad Guzan was called into a pair of key saves late, keeping Dom Dwyer out in the 79th minute before saving Oriol Rosell’s header on a follow-up chance.

Atlanta would move five points clear at the top of the East, holding on for a 2-1 triumph. The Five Stripes (16-4-6) next travel to D.C. United on Sept. 2nd.

Orlando (7-16-2) remains bottom of the East, and now sees their winless run extend to six matches. They next host the Philadelphia Union on Sept. 1st.

Martinez sealed the win for Atlanta but also put his name in the league’s history books with his 28th goal of 2018.

A dangerous fast break by the Five Stripes proved to be the winning one with Gressel and Martinez connecting for the game winner.

Rookie Chris Mueller again was silenced on Friday as Orlando City continues to find issues with its attack.