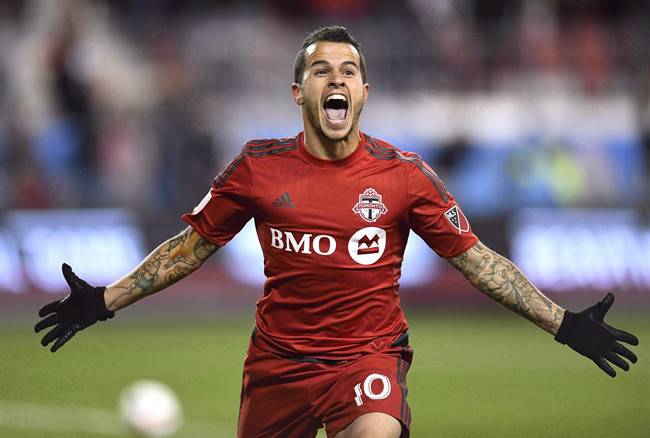 The race for the Voyageurs Cup is now down to 90 minutes of soccer at BMO Field.

With a 2-2 aggregate score, both Toronto FC and the Vancouver Whitecaps remain in contention to win the Canadian Championship and punch their ticket to the Concacaf Champions League.

The visiting Whitecaps could have had the upper hand heading to Ontario. Despite being down to ten men, the Caps managed to break the deadlock in the second half and brought the score to 2-1. It was however in stoppage time that Doneil Henry cost his team dearly by scoring a diving header into his own net, giving TFC a crucial second away goal.

With that second goal in their back pocket, TFC holds an option to create history and give the franchise a second Voyageurs Cup three-peat—a first in Canadian Championship history. Toronto’s potential feat and away goal tally doesn’t impress Whitecaps head coach Carl Robinson very much.

“We’re used to being the underdog,” Robinson said in a press briefing from BMO Field. “There’s common themes that people like to talk about. The so-called big clubs whether they’re doing very well or not. We’ll just let people talk.”

Robinson’s head may be cool but a Whitecap victory would mean a lot to the city of Vancouver. Without a major league trophy since the Whitecaps’ first and only Canadian Championship in 2015, a second Voyageurs Cup would potentially be an appropriate send off for Alphonso Davies.

Canadian Championship victory could be Davies’ first—and potentially final—trophy as a professional member of the Whitecaps. Bringing something to the city and team’s trophy cabinet before heading to Bayern Munich could be the cherry on the sundae for the the young star.

With history on the line, TFC will want to finish their cup run with yet another victory at home. Despite a difficult start to the MLS season that could be attributed to a gut wrenching loss in the Champions League final, the two-time reigning champions are once again 90 minutes away from taking another crack at the only trophy missing from their cabinet.

For Vanney and his team, a win in the Canadian Championship means that TFC will get to once again fight for the trophy that has always slipped away from MLS teams.

In league play, TFC dropped points at home to NYCFC while the Whitecaps are pumped from giving the Portland Timbers their first home loss in 2018. Both teams are currently on the outside looking in for a spot in the MLS playoffs.

Having stayed put in Toronto all week, TFC are set to host the Whitecaps tonight at 7:30 pm to decide who will be the 2018 Voyageurs Cup champions.