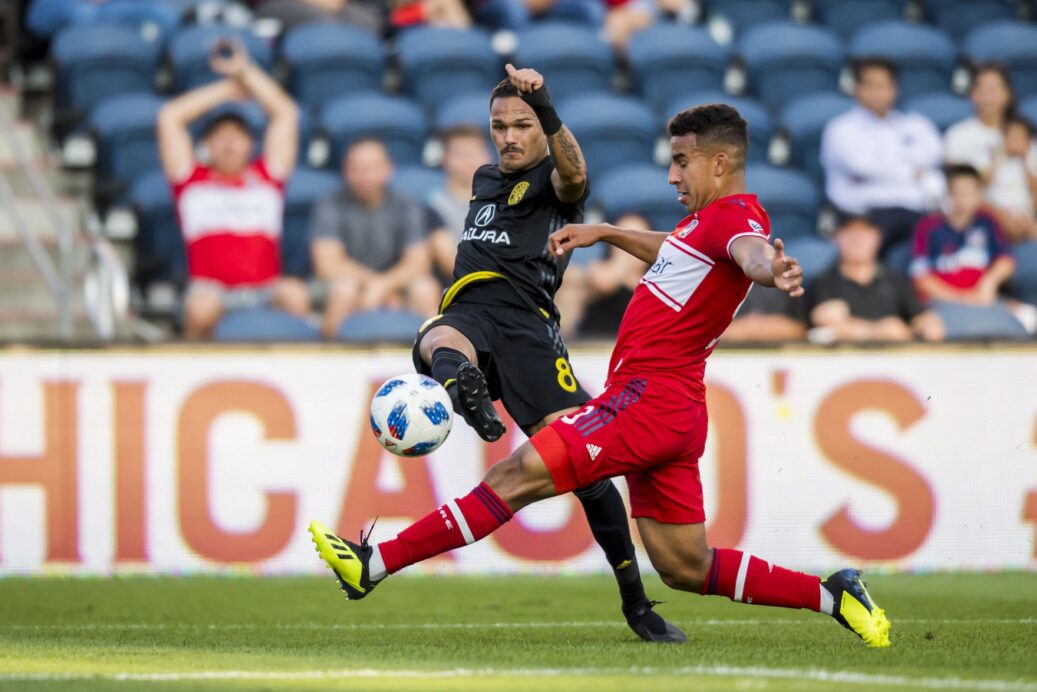 The Chicago Fire’s horrific run of form looked to be on the verge of ending Thursday night. A second-half equalizer by the Columbus Crew was the final chapter of an ending the Fire knew all too well.

Niko Hansen’s tying goal in the 87th-minute sealed a comeback point for Gregg Berhalter’s men as the score finished 1-1 at Toyota Park.

Both sides had limited chances towards goal in the opening half, with the Crew having the best looks. Ricardo Clark’s 14th minute effort from long range gave Stefan Cleveland his first test in goal.

Pedro Santos also tested his luck in the 27th minute, but again Cleveland gathered the shot.

Cleveland became even busier after halftime, with his best save coming in the 64th minute. Brazilian midfielder Artur tried a right-footed shot from long range, which forced Cleveland into a diving save towards his left.

The Fire would take a surprising lead in the 67th minute as Nemanja Nikolic bagged his 12th goal of the season. A poor back pass by Fernando Valenzuela allowed the Hungarian to pick up a loose ball and slot past Zack Steffen.

Columbus did not falter though after conceding as they continued to press for an equalizer. A bit of luck went their way as a pair of substitutes helped their side to a point.

Patrick Mullins’ cross into the middle of the box was redirected out to a wide open Hansen, who rifled into the bottom left corner. It was the forward’s first goal of 2018, and his first overall since March 25th.

Both teams would have to settle for a point apiece as the final finished 1-1 from Bridgeview.

The Crew (11-8-7) remain in fourth place in the East, and will be happy to at least get a point from tonight. They are back in action on Sept. 1 vs. New York City FC.

Chicago (6-15-6) remains in 10th place and will be disappointed to have conceded an equalizer so late. Veljko Paunovic’s men have a lengthy break into their next match, a Sept. 16th showdown with Orlando City.

Hansen was able to come off the bench for Columbus and make an impact. The 23-year-old was in the right place to slot in the late equalizer, which helped his side avoid a shocking defeat.

When Fire fans everywhere thought they would gut out a huge win, reality struck. An unfortunate deflection back into the box allowed Hansen to slot in for Columbus, extended Chicago’s winless run to nine matches in all competitions.

As Paunovic again tinkered with his attack, Michael de Leeuw lacked the creativity that Chicago needed to get more. Nikolic was the only real threat offensively for the Fire, who continue to make changes.