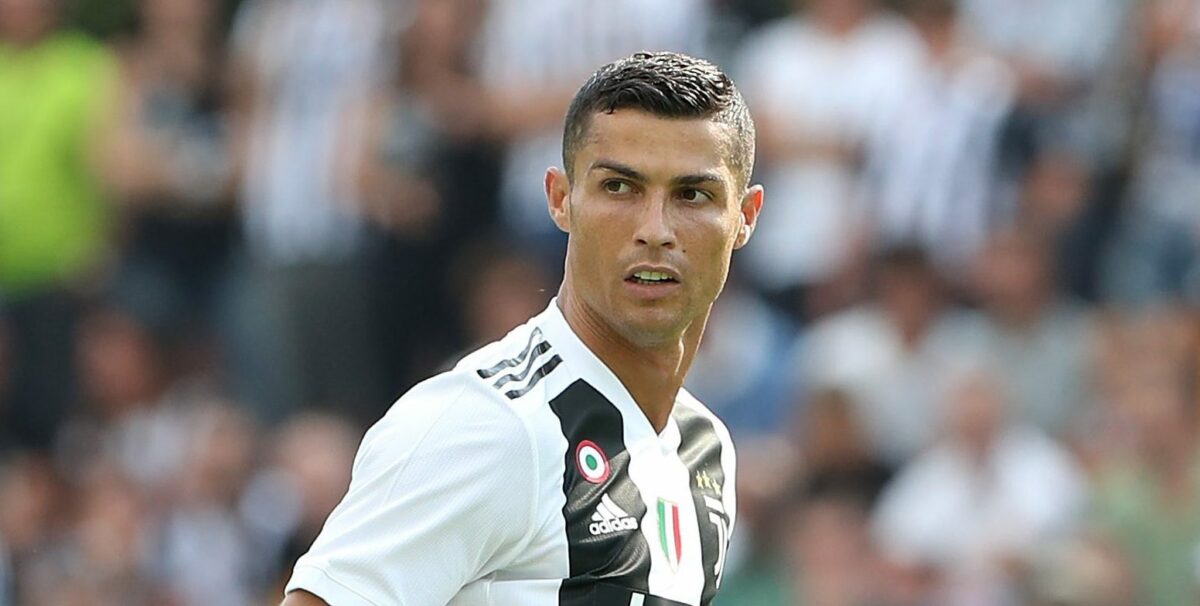 Cristiano Ronaldo will make his home debut on Saturday as Juventus welcomes Lazio to Allianz Stadium in the second week of Serie A action. The Bianconeri were victorious in their inaugural game of the 2018-19 campaign, but they’ll look to improve upon their performance that saw them beat Chievo Verona by just a single goal in the 3-2 match.

Ronaldo was unable to find the net in Juve’s first match of the year, but the five time Ballon d’Or winner will surely look to make a statement in his first game in Turin.

Lazio enter the match after falling to at home to a strong Napoli side in a 2-1 defeat. The Rome based club will look to the game against Juventus as a litmus test for the rest of the season, one in which they hope to push for a Champions League spot after finishing in 5th place in the 2017-18 Serie A table.

Elsewhere, the 2018-19 Bundesliga campaign kicks off on Friday with the defending champions Bayern Munich welcoming Hoffenheim to the Allianz Arena. Napoli hosts AC Milan in Serie A action, and Manchester United will seek to right the ship on Monday in an EPL showdown against Tottenham Hotspur. PSG welcomes Angers to the Parc Des Princes on Saturday, looking for their third straight win. Villarreal travels to Sevilla on Sunday in the La Liga match of the round.

Matchday #3 of the English Premier League kicks off this weekend with the headliner coming on Monday. Tottenham Hotspur faces a trip to Manchester United off back-to-back victories to begin their season. Harry Kane broke his August goalless drought last weekend with a goal against London rivals Fulham, in a 3-1 success. Mauricio Pochettino’s side buckled down against Fulham, after seeing them draw level at Wembley.

United suffered a shocking 3-2 road loss at Brighton on Sunday, allowing goals to three different players. The Seagulls flied high at the Amex Stadium, eventually hanging on for their second straight home win over the Red Devils. Jose Mourinho will be expected to bounce back at home, but several lineup changes could be coming as a response to last weekend’s loss.

The start to Unai Emery’s Arsenal managerial career is not going as hoped as the Gunners have lost their opening two matches of the season. Arsenal have fallen to both Manchester City and Chelsea in back-to-back weeks and welcome West Ham to the Emirates on Saturday. Despite a first-half comeback at Stamford Bridge last weekend, the Gunners eventually fell in the final 10 minutes to Chelsea. Henrikh Mkhitaryan has a goal and assist on the season for Arsenal.

West Ham’s start under new boss Manuel Pellegrini has also been slow, losing in their opening two matches as well. A 4-0 thumping at Liverpool on the opening day was followed up by a disappointing 2-1 home loss to Bournemouth last Saturday. Austrian international Marko Arnautovic is the man to watch after scoring the Hammers only goal so far this season.

Here’s a closer look at this weekend’s EPL fixtures:

Barcelona travel to Valladolid on Saturday, for the first time since March 2014 as the two meet up in league play. Ernesto Valverde’s men rolled past Alaves 3-0 at the Camp Nou in their opener, with Lionel Messi scoring a brace. The Argentine will once again be huge for the Catalan side who are defending their league title from a season ago. Valladolid opened their return to the top-flight with a 0-0 road draw at Girona last Friday. 27-year-old Oscar Plano will be the man to watch for Valladolid, after scoring six league goals in their promotion last season.

La Liga’s headliner this weekend comes on Sunday as Sevilla hosts Villarreal. Sevilla are undefeated to start their competitive season, after beginning Europa League qualifiers back in late July. A 4-1 league opening win at Rayo Vallecano saw newest acquisition Andre Silva net a hat trick. The Portuguese international came from AC Milan and is seeking to find his form from his Porto days back in 2016-17. Villarreal fell 2-1 at home to Real Sociedad last weekend, letting a first-half lead eventually slip away. Spanish forward Gerard Moreno opened his scoring account for the season after netting 19 in all comps a year ago.

Here’s a closer look at this weekend’s La Liga fixtures:

Saturday’s headliner comes from Borussia Park as hosts Monchengladbach welcome Bayer Leverkusen to town. An 11-1 thrashing of BSC Hastedt last weekend should have Gladbach ready to go, which saw Alassane Plea, Raffael, and Thorgan Hazard all net hat tricks. This trio scored 35 league goals a season ago, with Plea joining from Ligue 1 side Nice this summer. Leverkusen edged Pforzheim 1-0 in German Cup action a week ago, with striker Lucas Alario scoring the winning goal. Alario, bagged 10 goals in all competitions last season, but Julian Brandt and Leon Bailey will star for the team this campaign.

Here’s a closer look at this weekend’s Bundesliga fixtures:

The second week of Serie A takes place starting Saturday with both matches being the ones to keep an eye on. Juventus hosts Lazio in the first of Saturday’s doubleheader, coming off a thrilling 3-2 win at Chievo Verona. Cristiano Ronaldo started and played the full 90 minutes for Juve, but did not get on the scoresheet. Lazio fell 2-1 vs. Napoli in their opener last weekend, already putting them in a hole after week one. Ciro Immobile started his season with a bang, netting the first of surely many goals for him. The Italian was tied for the league lead a season ago with 29 goals in 33 league matches for the Roman side.

Title hopefuls Napoli host their first match of the season at the San Paolo on Saturday, with AC Milan coming to town. Carlo Ancelotti’s reign as Napoli boss got underway with a win and an impressive one at that. Arkadiusz Milik and Lorenzo Insigne each scored to overcome an early hole at the Olimpico. AC Milan saw their originally scheduled match against Genoa postponed and will want to get off on the right foot. Former Napoli striker Gonzalo Higuaín has joined Milan on-loan, and has scored four goals in his last five appearances against his old club.

Here’s a closer look at this weekend’s Serie A fixtures:

PSG will look to continue their strong start domestically as they host Angers at the Parc Des Princes. Thomas Tuchel has seen his side scored three goals in each of their first two matches, with two of his stars coming up big last weekend. Neymar scored and registered an assist in their 3-1 win at Guingamp, while Kylian Mbappe bagged two goals including the winner. Angers has lost their opening two matches for the first time since Aug. 2016, recently being shutout at Rennes. Stephane Bahoken will be a physical presence up top for Angers, while midfielders Flavien Tait and Angelo Fulgini look to distribute chances.

Here’s a closer look at this weekend’s Ligue 1 fixtures: