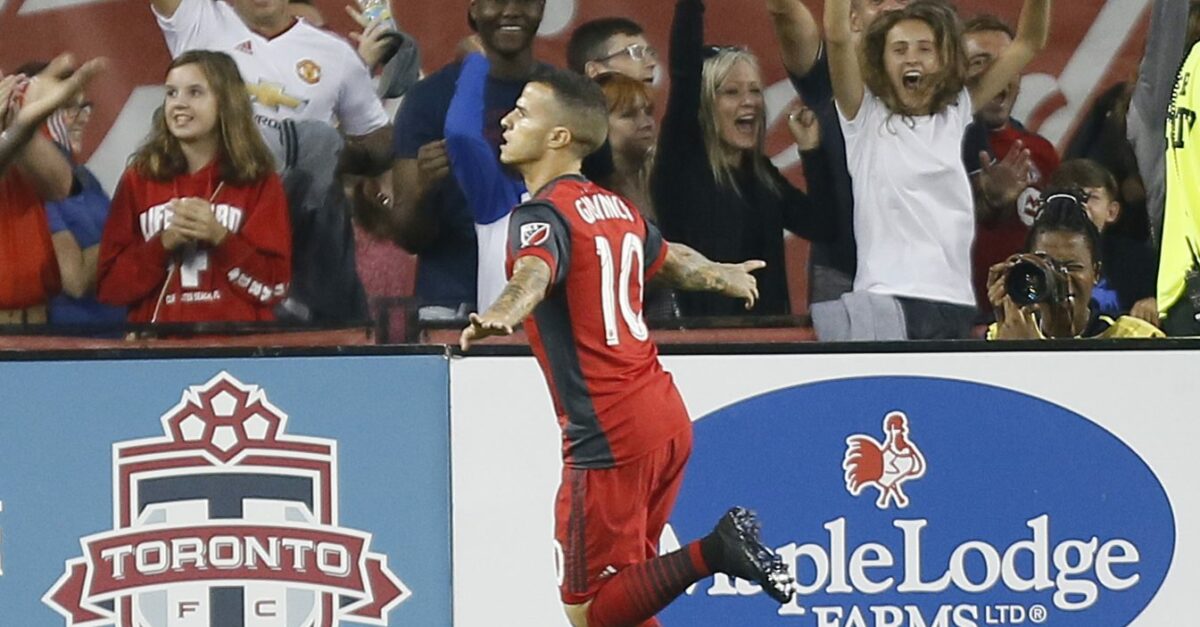 For Toronto FC to make the MLS playoffs, they need their star players to come up with the goods over the remaining stretch of matches. Sebastian Giovinco has lived up to that already, scoring in five of his last six games, including a brace on Saturday night.

Toronto grabbed an important three points at BMO Field, downing rivals Montreal Impact 3-1 which sees them move to six points back of their Canadian rivals for sixth place in the East. After three matches without a win, TFC rolled to a strong start on Saturday and did not look back as they got revenge for an earlier season loss to the Impact.

“This win tonight keeps us in the race, with Montreal ahead of us it was even more important that we gained some ground on them,” TFC head coach Greg Vanney said. “It was a rivalry which added a little more to it, but right now it’s about the points and we were able to earn those tonight.

“We got the three goals in the first-half, had some more chances that probably could’ve added to our lead but in the end got the job done. I felt at times the chances were coming too easily for us which allowed Montreal some chances toward goal as well. It’s going to be a long week for us so we just have to prepare for that.”

The Italian forward now sees his season total rise to 10 goals, and has six goals in his last six league matches. Without Jozy Altidore, Giovinco has risen to the challenge of more responsibility on his shoulders as the defending champs try to get back into the spotlight.

“It felt great to get three points at home, now we have to keep going and try to win every game and make the playoffs,” Giovinco said. “We start very good in the first 20 minutes then they created a few chances, but in the whole game it felt as if it was in our hands. It doesn’t matter if it’s against Montreal or not, we just have to go out and do what we’re capable of doing.”

He finished the match with three shots on goal, tied for the most by any player on either team including a goal with each foot. It was a tough test for Giovinco, knowing the Impact backline was going to pester him and be physical in their defense.

His numbers have been trimmed in his fourth season with the club, as he remains seven goals back of his tally in 2017. Another issue is the constant changes to the attacking choices selected by Vanney to partner with Giovinco. Regardless of the changes, Vanney can see the quick chemistry the 31-year-old has grown with whoever he plays next to.

“Whether it’s been Jozy the last few weeks or Lucas [Janson] tonight, he’s been able to form a quick bond with them,” Vanney said. “Others have been able to open space for him with some dangerous runs which forces opposing defenders to leave Seba alone.

“Once Seba gets the ball in a good position he’s been able to make things happen and it’s becoming more and more clear over the last few weeks,” he continued. “It’s a collective thing, not just Seba by himself. The team has been able to do their jobs and create opportunities for him and he’s taking advantage of that.”