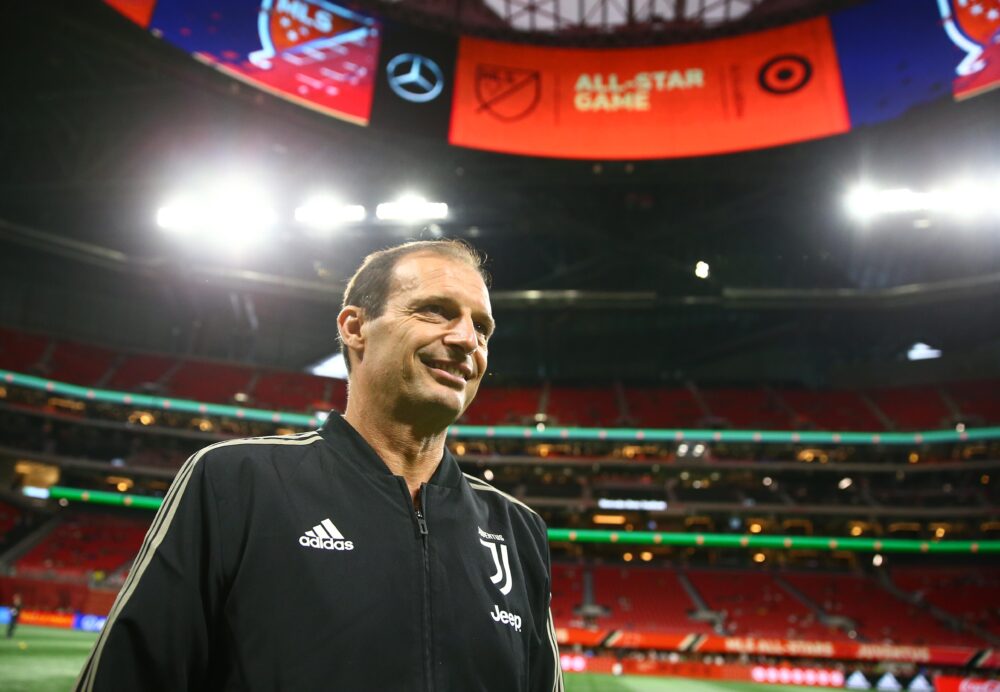 It’s almost impossible to draw overarching conclusions based off of a one-off MLS All-Star Game. The MLS team is disjointed and unfamiliar. The opponent is often in preseason. The game, as a whole, is usually a mishmash of moments featuring a number of different players with a number of different goals in mind.

That said, though, Juventus manager Massimiliano Allegri had nothing but good things to say about both the level of play at Wednesday’s MLS All-Star Game and all of the theatrics that surrounded this year’s match in Atlanta.

Allegri’s Juventus played the MLS side to a back-and-forth 1-1 tie on Wednesday before the Italian champions coasted through penalty kicks to seal the win. It was a lively match with a number of key contributors on either side, and that left Allegri impressed despite the obvious limitations of the event itself.

“It’s hard to say for only 30 minutes,” Allegri said, “but I’ve seen some very good players, some very fast ones, and very tactically well prepared. I think they can have a future in Europe.”

Both teams had vastly different goals. Juventus is in the U.S. building towards preseason, and they’re doing it without a number of big pieces. The obvious one, Cristiano Ronaldo, just began training in Turin. World Cup stars like Paulo Dybala, Juan Cuadrado and Douglas Costa are also back in Italy. Gonzalo Higuain looks set to depart with Leonardo Bonucci coming back into the fold.

Meanwhile, the MLS All-Stars have no overarching goal. Sure, it’s a showcase and a chance to prove yourself, and young players like Miguel Almiron, Tyler Adams and Ezequiel Barco probably saw the match as a chance to shine against a legitimate European team. Veterans like Brad Guzan, Michael Parkhurst and Bradley Wright-Phillips saw it as a fun event. Sebastian Giovinco saw it as a chance to face a former club.

Regardless of the aim, Allegri saw the event as a success.

“I was very pleasantly surprised for the entire climate and the entire impression that we got from Atlanta,” Allegri said. “You know it’s not easy to put 70,000 people in a stadium like today. We also had the opportunity to see all of the presidents of the MLS teams last night. There was a dinner with MLS, and it was an honor and a pleasure to be a part of it. There was so much enthusiasm. They were able to create good momentum in the United States, and I think this speaks well for the future in the United States.

“I think congratulations are in order for the president of Atlanta United as well as the president of MLS,” Allegri added. It’s a beautiful event. It gave us the opportunity to participate in it. It was really a wonderful game, and it was a good preparation for us.”