LAFC battles back for draw against Galaxy 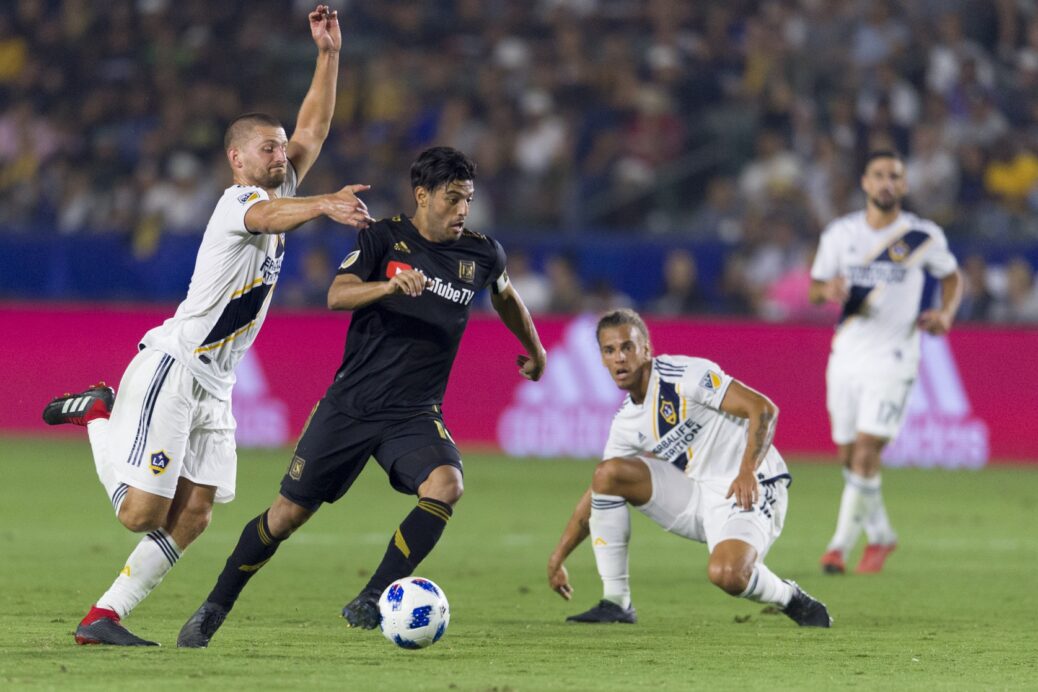 LAFC fell in their first ever trip to the Stubhub Center earlier this season but was able to battle back for a point in their final trip of the regular season.

Carlos Vela’s 51st minute penalty kick snatched a point on the road for the expansion side as they drew 1-1 in Friday’s El Trafico against the LA Galaxy.

Zlatan Ibrahimovic netted his 16th goal of the 2018 season as he slotted Ola Kamara’s assist past Tyler Miller in the 15th minute. It was the Swede’s third goal against LAFC in as many meetings this season.

Ibrahimovic came close to doubling the Galaxy’s lead in the 20th minute striking the left post from long range.

Christian Ramirez and Vela each had the closest chances for the visitors in the opening half.

Vela did not take long to make an impact, drawing a foul from Perry Kitchen early in the second-half which awarded LAFC a penalty kick.

The Mexican international stepped up and beat David Bingham to the high center of the goal to level the score at 1-1. It was Vela’s ninth goal of the season, and his fourth in three meetings against the Galaxy this campaign.

Bingham preserved the hosts a point after both Vela and substitute Latif Blessing had good looks towards goal. The 28-year-old made six saves in the draw while Miller made three for LAFC.

Bob Bradley’s team remains in second with a 12-7-7 record. They conclude a two-match roadtrip on Sept. 1st at Toronto FC.

Sigi Schmid’s Galaxy (10-9-8) are in fifth after the draw but remain winless in their last five outings. They begin a two-match roadtrip of their own also on Sept. 1st at Real Salt Lake.

Vela was a lively force for LAFC, and grabbed his side a point after scoring the equalizer.

Ibrahimovic opened the scoring and nearly came close to adding to LA’s first-half lead. His long range effort struck the post which easily could’ve meant a different outcome had it gone in.

Perry Kitchen has been around the game long enough to know when you’ve cost your team a win. The midfielder did just that on Friday, conceding the penalty which allowed Vela to equalize.