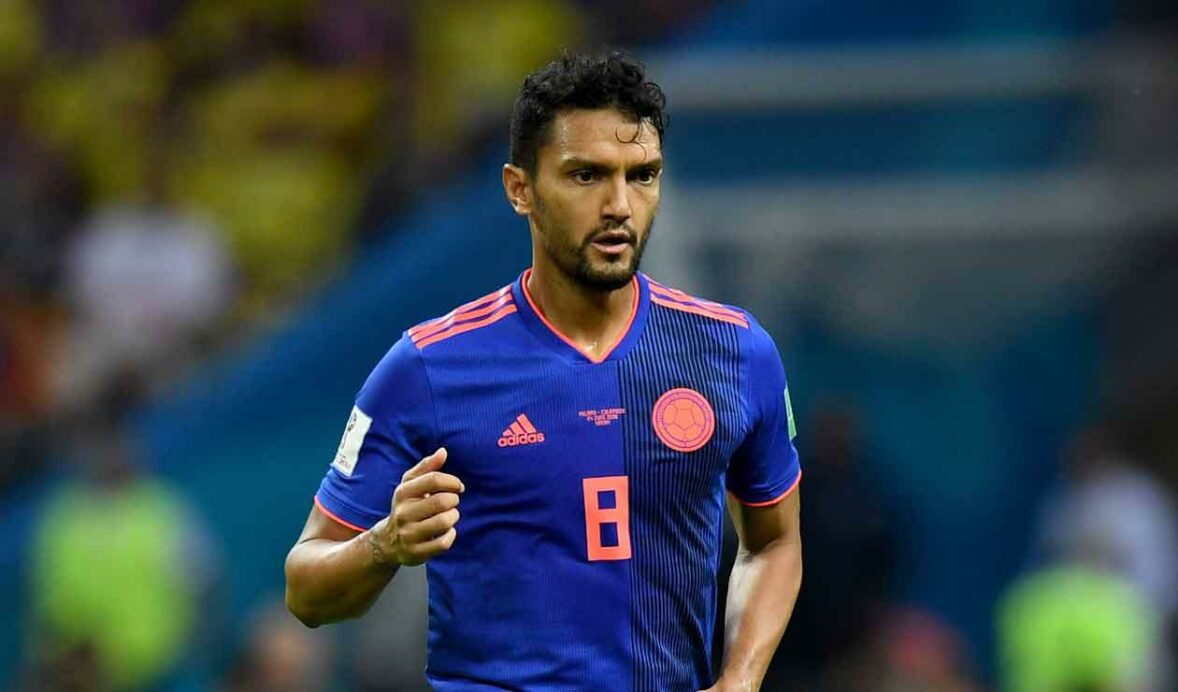 FC Dallas bolstering their midfielder by adding two-time World Cup veteran Abel Aguilar for the remainder of the season.

Aguilar, 33, signed with the team on Monday and will occupy an international slot, the team announced. The Colombian has appeared in both the 2014 and 2018 FIFA World Cups, amassing 70 caps with the National Team.

He has spent the last three seasons with Deportivo Cali, playing in 62 matches and scoring two goals. Aguilar has also seen time with Hercules of Spain and Toulouse of France.

FCD currently leads MLS’ Western Conference with 46 points earned through 25 matches. They are next in action on Aug. 29th at San Jose.

Mears, 35, joined the Loons as the fourth overall pick in the 2017 MLS Re-Entry Draft in December. Prior to joining Minnesota, Mears spent one season with Atlanta United, starting 16 of his 20 appearances with the club and registering one goal and one assist.

In 2018, Mears started 10 of his 11 appearances with the Western Conference club, scoring one goal. A longtime player in England, Mears began his professional career with Manchester City in 2001 and also saw stints with Preston North End, Burnley, and Bolton before joining the Seattle Sounders in 2015.

“We thank Tyrone for his service to the club and the community,” Minnesota United head coach Adrian Heath said. “We felt this was the right move for Tye at this time, to go back home and be closer to his family and play his football in the Championship in England. We wish him well.”

No official word has been made on whether or not Mears will join another team following his release.

Ron Newman, the first-ever coach in Sporting Kansas City’s history, passed away on Monday at 84-years-old, the team announced.

Newman, a longtime coach in the NASL and indoor soccer eras, continued his career in North America in the late 1960’s. He served as player/coach for the Atlanta Chiefs, Dallas Tornado, and Fort Lauderdale Strikers before transitioning to coaching full-time.

Newman led the San Diego Sockers to 10 indoor league championships over an 11-year period in the NASL and MISL in the 1980’s. He was later inducted into the National Soccer Hall of Fame in 1992, but became the first coach hired in MLS history.

Leading the then Kansas City Wiz (later renamed Wizards and Sporting KC), Newman helped the team to a first-place finish in the Western Conference in 1997.

The 2008 MLS MVP did not commit to Boca long-term, only committing to the club “until December”,” MLS Soccer reported. Schelotto, 45, has been in charge of Boca Juniors since March 2016, leading them to two league titles. He won 16 league titles during his playing career at Boca, before also playing four seasons with the Columbus Crew between 2007-2010.

Schelotto lifted the 2008 MLS Cup and was also named MLS MVP and to the MLS’ Best XI. In his 73 appearances for the Crew, Schelotto scored 24 goals and registered 33 assists.

Boca are only three matches into their new league campaign in Argentina, sitting in 12th.