MLS Week 23: A Weekend Look Ahead 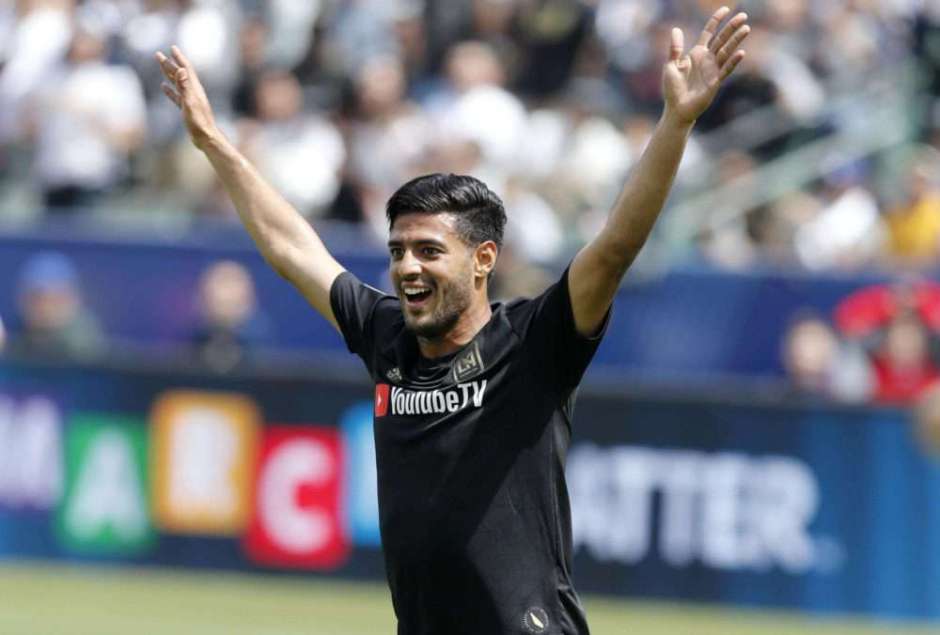 Break time is over in Major League Soccer with regular season play resuming this weekend following a midweek All-Star Game in Atlanta.

Headlining the first weekend of August is a match that sees a pair of top-three sides square off in Los Angeles. The New York Red Bulls fell on the road in Columbus last weekend, which snapped a two-match winning run. Their opponent on Sunday is LAFC, who is coming off a 2-2 draw against rivals in the LA Galaxy.

Saturday sees the busiest slate of action with two of the league’s top strikers doing battle in Atlanta. Also, a pair of Western Conference rivals reunite as the Dynamo battles Sporting KC at home. Finishing off the night’s action is the Philadelphia Union’s roadtrip to Portland to battle the Timbers.

A pair of teams currently sitting in their respective conferences’ playoff spots will duke it out on Sunday to close the weekend’s action.

New York fell 3-2 on the road at Columbus a week ago despite a heroic comeback effort. Bradley Wright-Phillips leads the team with 14 goals and will definitely be a threat for the LAFC backline to deal with.

Bob Bradley’s men suffered three draws in July and only one win. For the team to continue hanging on at the top of the West, they will need to transform those draws into wins.

The attacking front of Adama Diomande and Carlos Vela have combined for 18 goals so far this season.

Earlier in the season, many would’ve penciled this game as the one to watch. Toronto’s FC struggles has dampened the mood on this fixture as it rounds the corner on Saturday.

Greg Vanney’s have fought their way back with a pair of wins over Chicago with Sebastian Giovinco netting two goals in that span. The Italian will need a strong performance if TFC wants points in Atlanta.

Red hot Atlanta return to Mercedes-Benz Stadium sitting on a four-match unbeaten streak. The Five Stripes have yet to face TFC this season but certainly will be favorites to grab another three points to their already impressive season.

Leading scorer Josef Martinez has 24 goals this season and is coming off another goal midweek in the MLS All-Star Game.

For the third time this season in all competitions, Sporting KC and the Dynamo will do battle.

Peter Vermes’ men will look to overcome a 4-2 loss in the U.S. Open Cup Quarterfinals to Houston in which they were run off the field. Their last league win in general was on June 23rd in a 3-2 success over Houston at home.

The Dynamo are winless in four straight and needing a positive result to turn the tide out West. Wilmer Cabrera’s side are in ninth place, but only four points out of a playoff spot.

Mauro Manotas and his 11 goals will lead the attack for Houston.

11 points separate the next two sides in action on Saturday with the Impact hosting D.C.

Montreal is currently in fifth place but are winless in back-to-back league matches. Ignacio Piatti will lead the Impact with his 11 goals while Saphir Taider is a nice secondary option in midfield.

D.C. has only won once on the road this season and will seek to replicate last weekend’s home win over Colorado. Yamil Asad and Zoltan Stieber will creative the chances for D.C. offensively while Wayne Rooney seeks another start.

Orlando City’s rocky road continued a week ago with their third straight loss but the Lions return home where they look to flip the script.

James O’Connor’s side is struggling for results and a 4-3 loss to the LA Galaxy added to the frustration last weekend. Dom Dwyer will look to add to his nine goals this season while defensively they need to tighten up against a lively wing presence for the Revs.

New England are six points higher than Orlando in the standings, but will also seek to end a winless run. The Revs’ last win was June 30th against D.C. and they have only mustered three goals over the last four matches.

Cristian Penilla and Diego Fagundez will look to spark the Revs offensively as they seek a win on the road.

It will be a David vs. Goliath battle in Dallas on Saturday as the West leaders welcome struggling San Jose to town.

Oscar Pareja’s side pulled off three wins in July, defeating Atlanta United and recently Sporting KC in that span. Midfielder Michael Barrios netted a hat trick his last time out, which carried Dallas to a huge three points last weekend.

San Jose can’t seem to get anything going this season which makes many wonder how Mikael Stahre still has a job. Winless in their last 12 matches, the Quakes are far from the playoff places and need a spark offensively.

Magnus Eriksson and Valeri Qazaishvili will look to create numerous chances for the Western Conference minnows.

Minnesota United has yet to defeat Seattle in their short MLS existence but that could very well change this weekend.

The rise of Darwin Quintero over the last few weeks has helped the Loons to a 3-1-0 record in their last four matches. Quintero leads the team in goals and assists and has registered a point in each of the last four games.

Seattle had a terrific July, going unbeaten in their six matches. The play of midfielder Nicolas Lodeiro has been huge offensively, as the strikers continue to gel. Raul Ruidiaz has also started off strong in MLS.

The Eastern Conference team with the best home record will look to add to that feat on Saturday.

NYCFC saw their conclusion to July end on a sour note, falling 3-1 in Seattle. Maxi Morales and Jesus Medina will look to help the team bounce back, as David Villa continues to miss out with injury.

Vancouver used a dominant showing by Alphonso Davies last week to edge Minnesota United 4-2 at BC Place. Davies registered a four-point performance as his dramatic week came to an end.

Now Carl Robinson’s side will look to grab their fourth road win of the season.

The Los Angeles Galaxy heads out to the Rocky Mountains to face the Rapids without their star forward.

Leading scorer Zlatan Ibrahimovic will miss the match due to not participating in Wednesday’s MLS All-Star Game, meaning Ola Kamara and Romain Alessandrini will step up in the forward position.

Colorado nearly got a point at D.C. last weekend but a late own goal killed those chances. It was a bright performance by newly-acquired Kellyn Acosta who scored on a terrific effort.

Chicago have lost five-in-a-row and haven’t shown any signs of turning it around. Nemanja Nikolic and Aleksandar Katai have combined for 19 goals, but defensively the Fire have struggled to hang onto leads.

RSL has drawn their last two matches, and has seen them drop to sixth in the standings due to it. Several offensive players have the ability to help change the tide but defensively they will need to limit their Eastern Conference opponents.

Mike Petke’s side won 3-1 in their last meeting at Rio Tinto Stadium back in 2016.

It’s been four years since the Philadelphia Union grabbed a point in Portland but Jim Curtin’s side will certainly be up to change that this weekend.

The Union grabbed a huge road win in Houston their last time out, with Borek Dockal registering two assists in the 3-1 triumph. Dockal has been a huge playmaker for Philly this season, as he is tied for the team lead in goals and first in assists.

Portland will seek to extend their unbeaten run to 15 matches as they look for their third straight win over Philadelphia.

The usual players will need to be huge for the Timbers, while Diego Chara may have a busy day in the midfield. The Colombian will need to pester Dockal, Haris Medunjanin, and others for Portland to grab another win.