Rapids fight back to earn tie with Galaxy 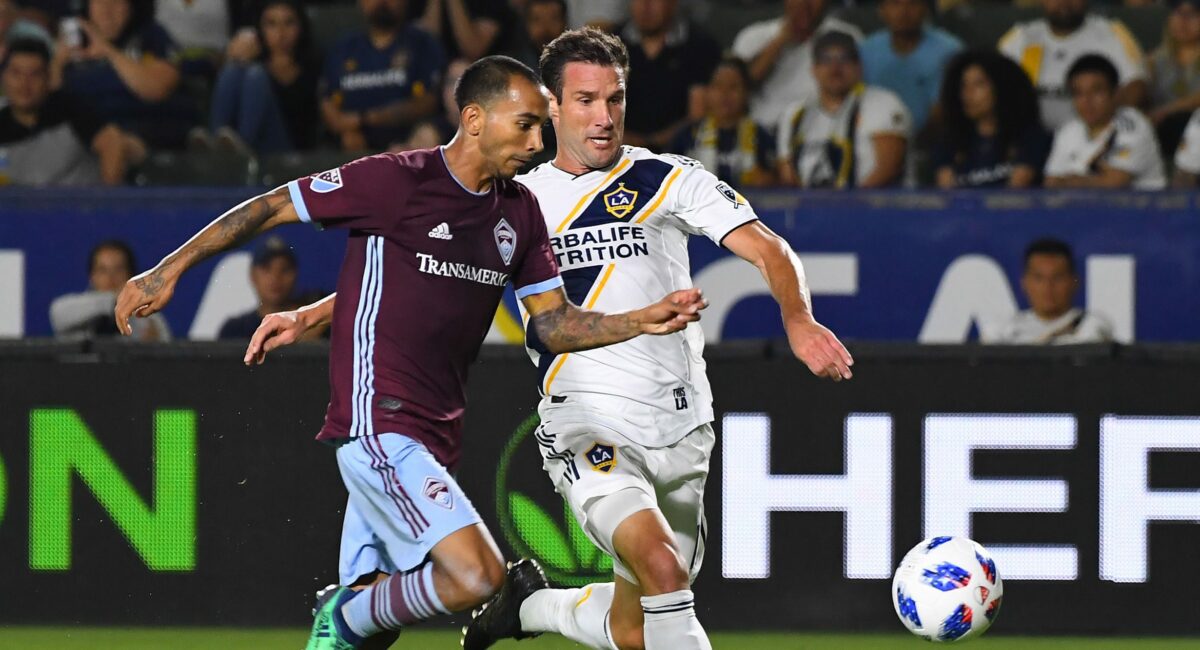 The Galaxy squandered two home leads on Tuesday as the Rapids battled back to earn a 2-2 draw at StubHub Stadium. The tie is just the Rapids fourth road result of the season while the point lifts the Galaxy into a temporary tie for fourth place in the West.

All of the scoring came in the second half, starting with Ashley Cole’s strong run and finish in the 59th minute. The Rapids responded soon after on a goal from Edgar Castillo smashed a spectacular finish past David Bingham.

Just moments later, though, the Galaxy were back in front on a goal from Sebastian Lletget before Niki Jackson completed the scoring four minutes after that with the game’s final goal.

While the game’s ending proved eventful, a number of injuries in the first half could prove the most important takeaways as Jonathan dos Santos and Michael Cianni departed with injury issues and Kellyn Acosta played a shortened stint due to illness.

Edgar Castillo provided a goal and an assist from the fullback position to lead the Rapids comeback.

Just four minutes after going down a second time, Jackson and the Rapids responded with a game-tying goal.

The blame isn’t entirely on the forward, but Ola Kamara frustratingly saw two goals disallowed due to a pair of offside calls against the Galaxy.