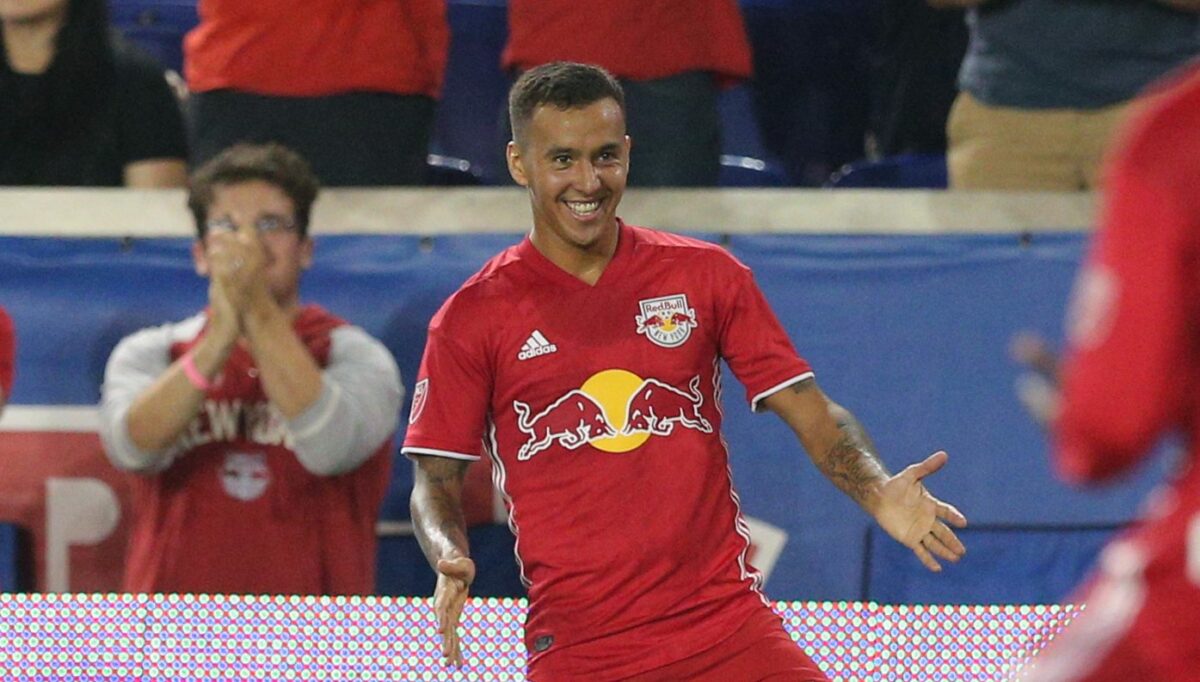 Another edition of one of MLS’s long-standing rivalries took place at Red Bull Arena on Sunday, as the New York Red Bulls were able to beat an in-form D.C. United 1-0 with a goal from Kaku.

The game’s lone goal came early in the second half, with the midfielder scoring in the 56th minute. The ball quickly entered and left the penalty area, being forced out by the head of a D.C. defender. The ball, though, landed at Kaku’s feet, who picked out a spot and shot from an angle outside the penalty area to give his side the 1-0 lead.

However, at the start of the match, it was D.C. who were on the front foot. Recording a pair of shots in the first ten minutes, the visitors did well to break up the Red Bulls’ press. They continued to tally shots as the game went on, though Red Bulls goalkeeper Luis Robles was frequently there to stop any chances on target.

Eventually, though, the match leveled out a bit, and the Red Bulls began testing goalkeeper Bill Hamid, who was mostly up to the task. After several wasted shots, they finally recorded a goal, and hovered around the opposing goal for the rest of the night.

The away side was not inactive in the second half, but lacked precision near goal, recording eight shots, all off target. The result meant D.C.’s five-match unbeaten run comes to an end.

With D.C. frequently testing the Red Bulls defense, Aaron Long rose to the challenge. He and his fellow defenders were able to keep an in-form Luciano Acosta and Wayne Rooney at bay, allowing his team to finally take advantage when the time came.

As has become habit for the Red Bulls recently, Kaku showed off a bit of skill during the match, this time with his goal. His strike a yard or two outside the penalty area was impressively placed in the top corner, leaving Hamid no chance.

It was an overall decent match for D.C. United, but the likes of Yamil Asad, Acosta, and Rooney may think their finishing left a lot to be desired.