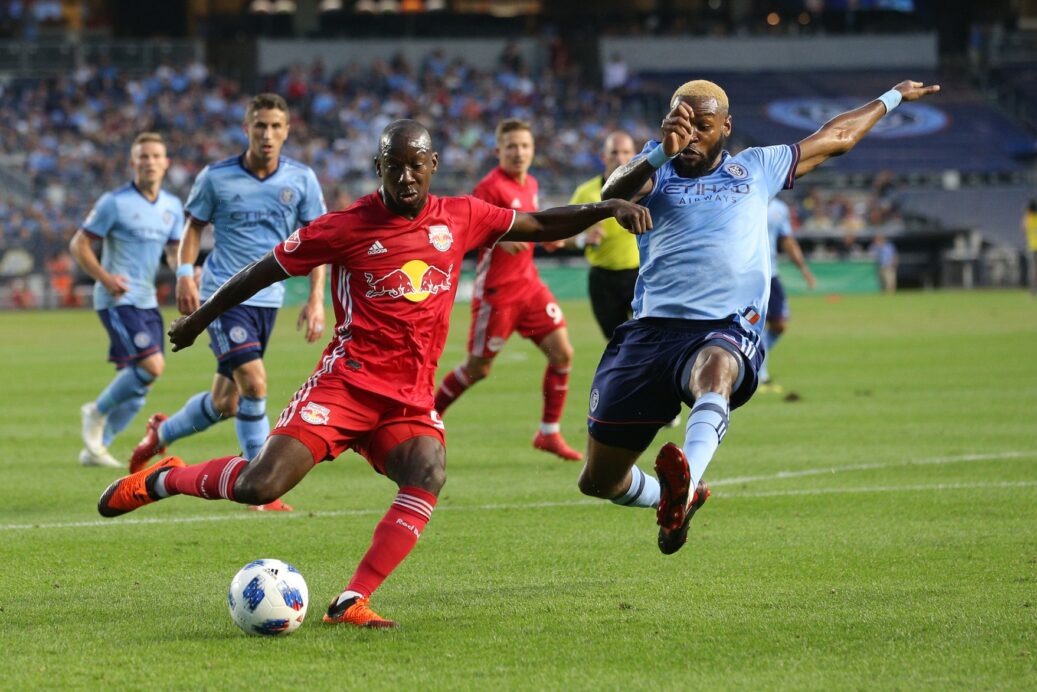 Chris Armas’ side earned a vital road point against a team that hasn’t lost at home this season, but they also did so versus a nine-man side.

“One point on the road, tough place to play, a derby match, which they’re always interesting,” Armas said. “And then there’s the other side: we’re up two guys and couldn’t get the game winner, so there will be some initial frustration, but [it will be] short-lived and on to the next one Sunday.”

Wednesday’s draw came on the heels of a 2-2 draw in Vancouver in which the Red Bulls netted a late equalizer down a man, which turned out to be the complete opposite situation of the third New York derby.

“The two ties couldn’t be more different,” midfielder Daniel Royer said. “The tie in Vancouver felt like a win and the tie today feels like a loss to be honest.”

“As hard as it is today, we have to see it as a point on the road,” Royer said. “Of course there are things we have to talk about. Overall I think we’ve done really well, especially in the last couple weeks, except for the second half today.”

At this point in the season, where teams are scrapping for points whenever they can earn them, the Red Bulls picked up a valuable point that kept them above their direct rival for the No. 2 seed in the Eastern Conference.

While some satisfaction can be taken from a road result, the Red Bulls know there are things to improve on, especially from the second half in which NYCFC create opportunities despite their disadvantages.

“I think we played too many long balls,” Royer said. “We had more players on the field than NYCFC so we should be able to play more, to possess the ball and create chances since we have more guys on the field.”

“I think sometimes, even though we didn’t play enough, we were in good situations to create good chances, but then sometimes we made the wrong decisions,” Royer said. “Like when we should’ve played the ball, we took a finish. The final passes were sometimes not good enough and I think that’s the reason why we didn’t create enough.”

The lessons learned from Wednesday will undoubtedly help the Red Bulls down the road, but there’s still a bitter taste left from letting an opportunity slip away at Yankee Stadium, one that might not appear on the road much more this season.

The first lesson to take away is putting Wednesday’s match in the back of their minds as early as Thursday morning, as another Rivalry Week clash awaits at home on Sunday against D.C. United.

“Obviously it’s a bit frustrating being that the three points was what the goal was,” Kaku said. “We just have to turn the page and find a way to get a win back at home.”