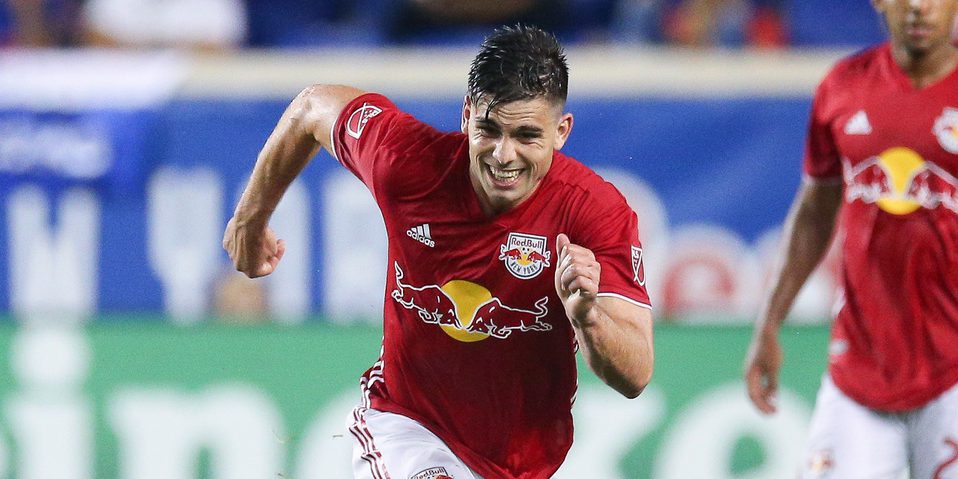 For the New York Red Bulls, Wednesday’s 1-0 victory over the Houston Dynamo saw a few old habits. Going top of the league standings with the result, winning has obviously common practice, particularly at home.

Wednesday win had a different feel though, because it was driven by a handful of new faces from the team’s USL affiliate, who stepped up and made the most of their opportunity to play for a team that needed to rest starters in the midst of a busy schedule.

Chris Armas gave first MLS starts to Cristian Cásseres, Jr. and Brian White, who scored the game’s lone goal, as well as new signing Andreas Ivan. The match itself, played in intense heat, was hardly one of the most entertaining in the league that night, but White and Cásseres were a few of the bright spots in their first significant first team minutes.

“The front office all season has done a great job of creating depth through
transactions,” team captain Luis Robles said, “So that when we deal with rotation when the schedule and season get very congested,
especially around summertime.

“There’s a number of guys that could fill in, be starters, and do well. And we saw that today. It’s crazy our team got even younger today.”

White earned man of the match honors after his first MLS goal, a little more than a week after making his league debut with an eight-minute appearance in Vancouver.

“This is the level I’ve been dreaming of reaching,” White said, “and to score on my first start in front of my friends and family, I couldn’t picture a better night – especially getting three points at the end, too.”

The goal and standout performance, though, came as little surprise to Armas and the Red Bulls coaching staff.

“Recently we talked about all the little things that [Bradley Wright-Phillips] does,” the head coach said. “We talked about him running for the team, chasing, pressing. Brian is cramping at the end, and he’s still running and fighting and giving everything.

“He wasn’t here tonight getting a start because we had no other options.”

As for Cásseres, his debut for the Red Bulls came next to Tyler Adams in midfield, where they both successfully paired up to boss the midfield. It had been a bit of a lengthy road for the player, who joined the team during the offseason.

“That’s what I wanted since the beginning to make my debut,” Cásseres said. “I hadn’t been able to because of the injuries. I hadn’t been able to get my rhythm as quickly as I wanted, but now that I’ve gotten some games in me [with New York Red Bulls II], thankfully I was able to pick up my rhythm. I felt excellent today, I felt great today and my form was great and I was able to make my day.”

Naturally, there is a bit of an adjustment from playing in the USL to playing in MLS, which is something a number of the Red Bulls players noted post-match. Robles feels the responsibility to “help cultivate [and] help mature them,” while White just tried not to “get overwhelmed” by the experience.

Cásseres’s partner and a former USL player in Adams, though, believes the transition is a bit smoother because of individual players’ — and the club’s — dedication to the system.

“If you fit our philosophy, it’s not hard to get along with the guys on the field. It’s so many little details that you have to understand and whether it’s ideas like counter-pressing and keeping the net in place, that translates to how we’re going to play,” Adams said. “It’s good when you have good soccer players around you that have strong IQs and can understand and adapt quickly.”