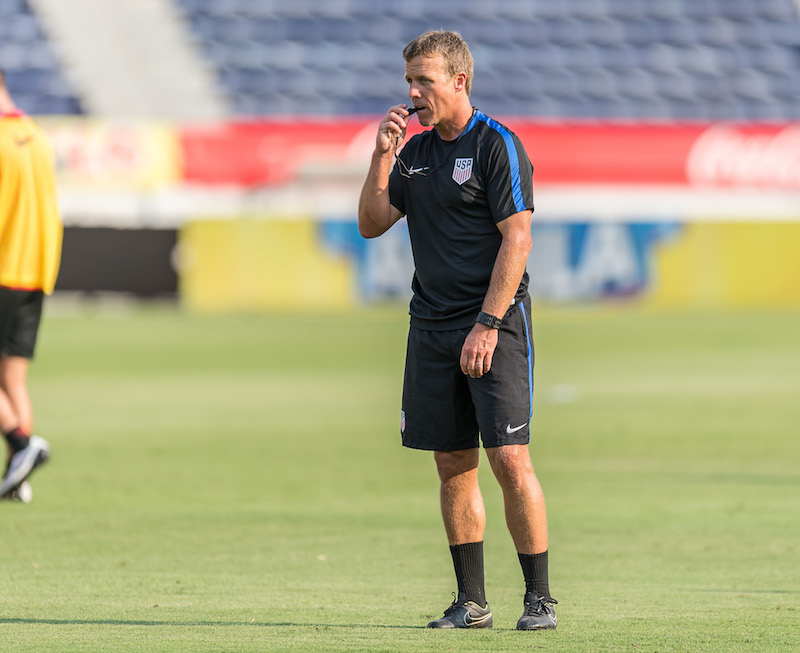 The U.S. U-17 Men’s National Team continue their busy summer with an international training camp this month.

John Hackworth’s side will take part in a camp from Aug. 2-13 in which they will face Concacaf rivals Costa Rica and Mexico two times each over that span. Their schedule begins on Aug. 6 against Mexico before battling Costa Rica on the Aug. 7, U.S. Soccer announced.

Following a two-day break, their action continues on Aug. 10 against Los Ticos before concluding against El Tri on Aug. 12th. Four players are receiving their first call-ups to the U-17 player pool for this camp.

The U-17 side is currently preparing for the 2019 Concacaf U-17 Championship which will see four nations advance to the U-17 World Cup next October in Peru.

“Being able to travel to Central America and play two of the best teams in Concacaf gives our players and staff the opportunity to evaluate exactly where we are at in this point of the cycle,” Hackworth stated. “

In addition, we continue to grow the 2002/2003 pool by selecting a few players that will represent the U.S. U-17 Men’s National Team for the first time. As we move closer to World Cup qualifying, this experience is invaluable as it is impossible to replicate what playing opponents like Mexico and Costa Rica in Central America is really like until you actually do it. The lessons these young men will learn on this trip will help them tremendously as they continue to develop.”

Here is the entire 23-man roster for the Training Camp: