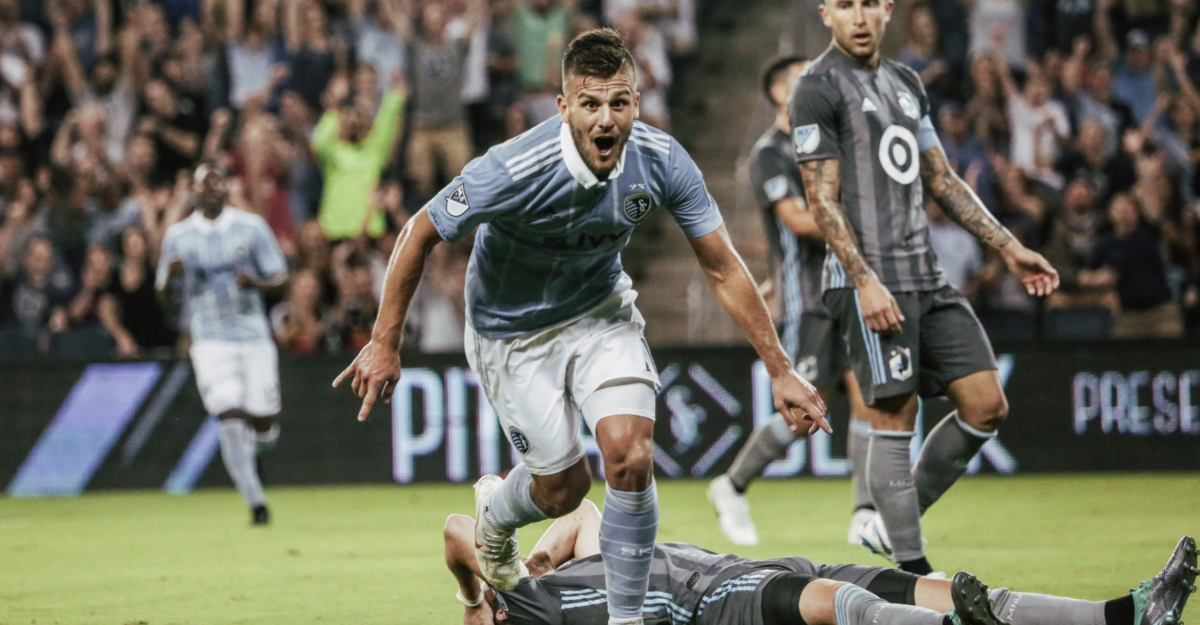 Summer slumps are bound to happen throughout Major League Soccer, but Sporting KC erased any talk of one with a perfect month of August.

KC’s 2-0 victory over Minnesota United on Saturday night earned them their fourth consecutive win, giving them a 4-0-0 record with a +8 goal differential in the month of August. What’s more impressive? They conceded zero goals in the entire month.

Over the past few years, Sporting KC fans have become all too familiar with the term “summer slump.” Mention those two words to any SKC fan, and they’ll immediately know what you’re talking about. In fact, before this year, Sporting KC earned a combined 4 wins in the month of August from 2015-17, tallying a total record of 4-7-3 (W-L-D) in August over that span with a -9 goal differential.

“We got fit, and we added a couple guys in the window, and it’s created more competition in the team. I think it’s the difference. Hopefully that continues,” head coach Peter Vermes said.

Sporting entered August taking just one point of a possible 15 after going 0-1-4 in July, sliding all the way down to fifth place in the West. In a season where the club made earning a home playoff spot a priority, fans began to wonder if that possibility was slipping away.

“When you go through a tough stretch you can go one of two ways. You can single yourself out and guys start going their own direction, or you can stick together and get through it together and get out of it,” Besler said. “That’s exactly what we did.”

“We talked it time and time again. After each game we were saying the same thing. Lets not panic, lets not change the way we play. Stick together. Don’t be selfish. When we get through this it will make us a stronger team. I think that’s what you’re seeing.”

Besler’s centerback partner Ike Opara thinks the difference in form from July to August is simple: not making simple mistakes.

“It just didn’t fall our way the month of July. A lot of that was individual mistakes. The effort was always there,” Opara said. “This month we’ve made the plays when we had our individual battles. Our balance at the back has been a lot better.”

After their month of success, Sporting have vaulted up the standings to second place in the West with 45 points, just one point off conference leaders FC Dallas. Their +17 goal differential on the season is best in the West, and third in the league behind only Eastern Conference leaders Atlanta United and the New York Red Bulls.

KC suddenly look like one of the most dangerous teams in the league. They have both a top five offense and top five defense in the league, again something only Atlanta and the New York Red Bulls can claim.

SKC still has big Western Conference games against the Sounders, Galaxy, Whitecaps, Real Salt Lake, and a Decision Day match with LAFC ahead of them, all teams who are in the hunt for a playoff spot.

If Sporting are able to keep up their August form, they have a real shot at earning the top seed in the Western Conference and earning home field advantage until MLS Cup.

“We should all know what kind of team we are and the potential that we have,” said Besler. “This team should be full of confidence going into the final stretch and into the playoffs.”