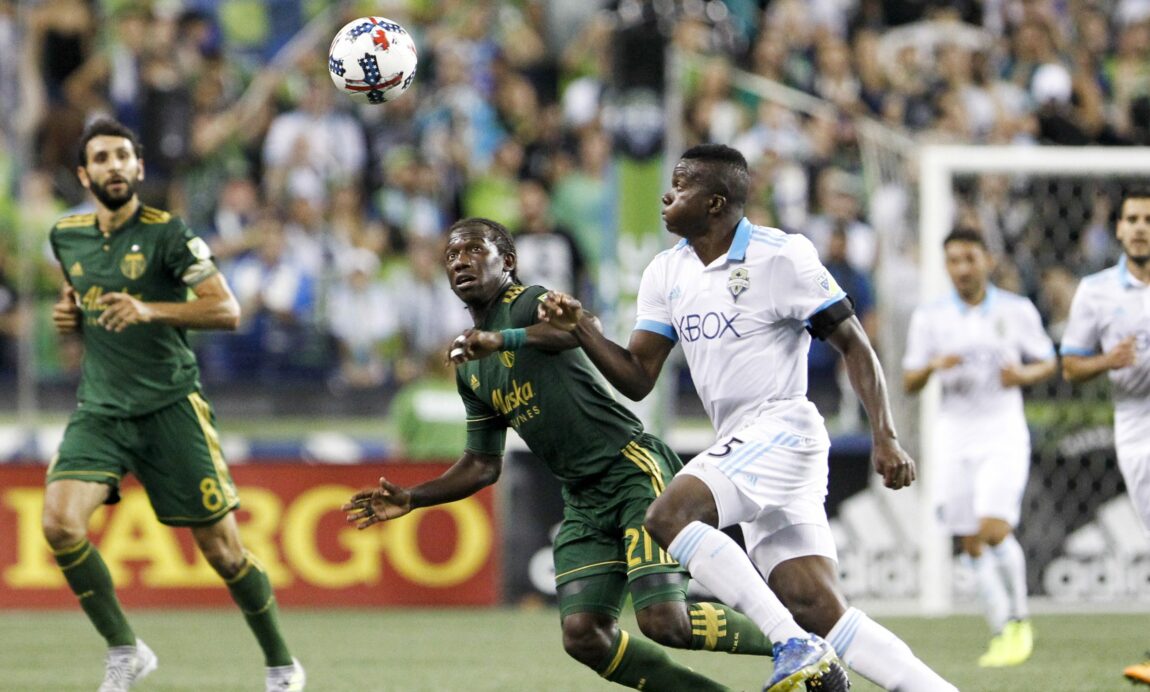 The Seattle Sounders spent the first 24 games of the year on the outside of the playoffs looking in, but that changed Sunday night after a massive road win at Providence Park.

Major League Soccer’s Rivalry Week saved what many consider the best rivalry in the league for last, and the Cascadia matchup did not disappoint.

An action-filled derby clash wound up being decided by an own goal, as Julian Cascante put a ball into his own net to help the Sounders top the Timbers at Providence Park.

After their 7th straight victory, the Sounders finds themselves above the red line for the first time in 2018, sitting 5th in the Western Conference at 38 points. The Sounder’s victory pushes the Timbers just outside of playoff position into 7th in the West.

Both rivals came out quick trying to grab the lead in what quickly became an end-to-end game. The back-and-forth continued for the first 10 minutes of the match, but it was Portland who settled in and took control of the remainder of the first half. The Timbers’ high press seemingly caused problems for Seattle, who continued to try and build out of the back despite Portland’s high line.

While the Timbers had the clear advantage in possession throughout the first half, they couldn’t find many quality chances on goal. Their best chance came early on in the 9th minute, as Sebastian Blanco had the found a free ball at his feet in the box. He tried to turn for a shot on frame, but Seattle defenders threw themselves in front of the forward and disrupted any attempt on goal.

The end-to-end game resumed after the halftime break, with both teams threatening but unable to find the final ball. The game opened up even further after tempers flared in the 65th minute, as both clubs had opportunities on the counter.

The Sounders finally broke through with the decisive goal in the 75th minute as centerback Kim Kee Hee charged all the way up the right side of the field and sent in a cross toward Ruidiaz. Timbers defender Julio Cascante was in position to clear the cross, but he was unable to get his feet right and deflected the ball into the corner of his own goal.

The Timbers, which suffered their 4th straight loss and back-to-back home losses for the first time in three years, will look back on the game as a missed opportunity. The Timbers outshot the Sounders 22-6, although only three of Portland’s shots were on frame.

The Sounders next welcomes the red hot Sporting KC to CenturyLink Field on Saturday, while the Timbers host Toronto FC in midweek action.