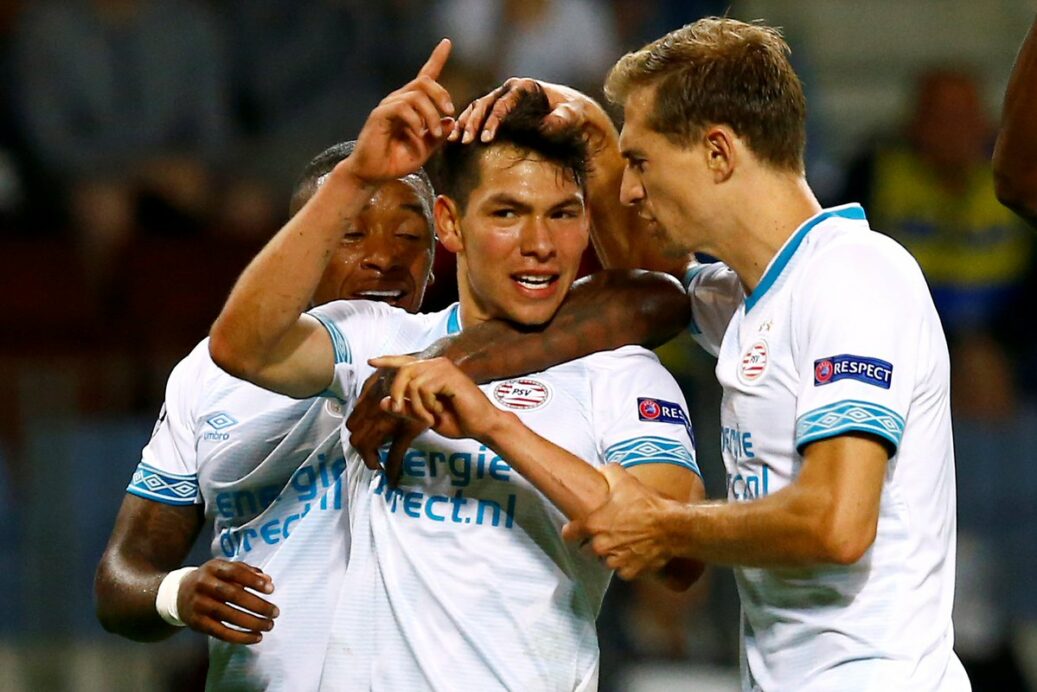 Three more sides joined the field following a trio of second-leg qualifiers on Wednesday. Dutch giants PSV were the headlining side in Wednesday’s action as they faced Bate Borisov at home.

PSV booked their place in the Champions League group stage with a 3-0 second leg triumph over Bate Borisov. Steven Bergwijn opened scoring for the hosts in the 14th-minute as he slotted home a goal on a fast break. Luuk De Jong extended PSV’s advantage in the 36th-minute as he finished Jorrit Hendrix’s assist for a 5-2 aggregate scoreline. Mexican international Hirving Lozano slammed the door on any comeback by Borisov, as he made it 6-2 in the 62nd minute. PSV join Eredivisie rivals Ajax in the group stage, hoping to make a deep run.

For the first time since 1992, Red Star Belgrade will be in the Champions League group stage. The visitors erased a 2-0 second-half deficit at Salzburg to advance 2-2 on away goals. Munas Dabbur’s brace between a three-minute span to kick off the second-half gave Salzburg a two-goal lead after 48 minutes. El Fardou Ben Nabouhane pulled one back in the 65th minute for Red Star before Milos Degenek scored the eventual winning goal a minute later. Despite 11 shots on goal, Salzburg crash out of qualification while Red Star go moving on.

Benfica rolled their way back to the Champions League group stage with a 4-1 second leg triumph on the road in Greece. Aleksandar Prijovic kicked things off for PAOK in the 13th minute, but that was the last excitement the hosts would get. Jardel leveled for Benfica in the 20th minute before Eduardo Salvio’s penalty kick goal in the 26th put Benfica ahead. Pizzi extended the lead in the 39th minute before Salvio netted his second of the afternoon in the 49th. Leo Matos was sent off for PAOK in the 76th minute, ultimately dooming the hosts to elimination.