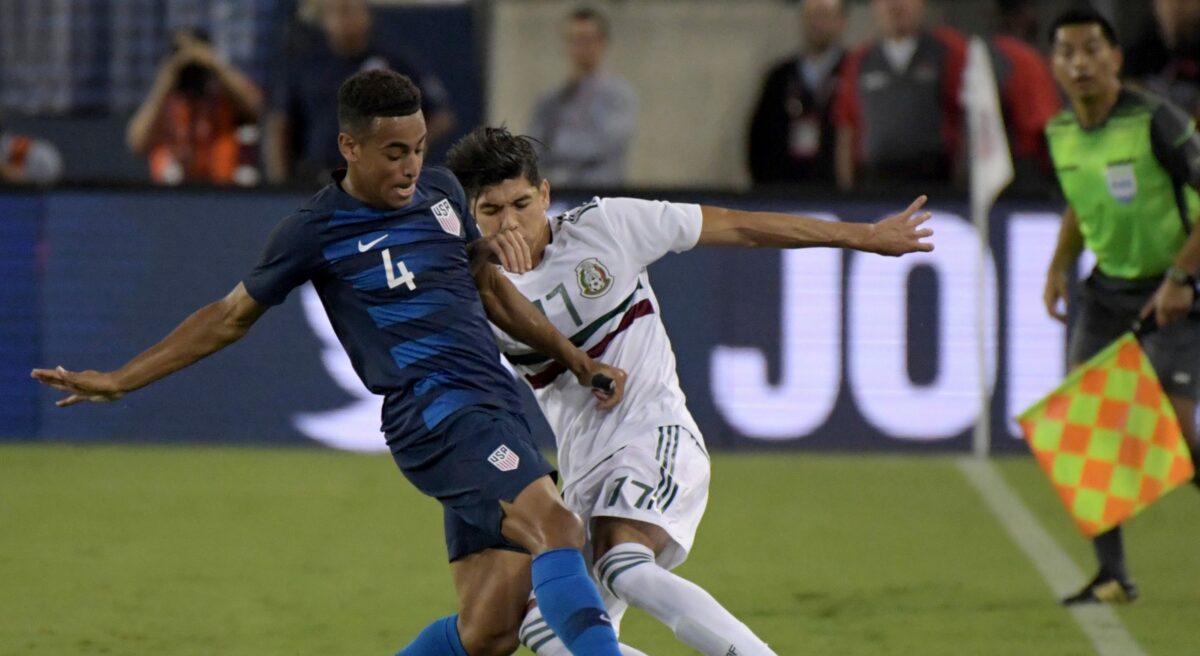 Tuesday night was filled with emotion in Nashville, as the U.S. Men’s National Team faced Mexico in the latest edition of Concacaf’s biggest rivalry. Not only was the USMNT facing their arch rival, it was on the anniversary of one of the worst attacks ever on American soil.

The US men took the field hoping to do their country proud, and that they did as they beat El Tri 1-0, thanks to the magnificent play of New York Red Bulls midfielder Tyler Adams.

The game got off to a bit of a slow start as the USA managed just one shot in the first ten minutes in the form of a Gyasi Zardes header over the bar. Shortly there after Mexico seemed to settle into the game and began to assert themselves in the attack, earning set pieces deep in USA territory. El Tri’s best chance of the first half was a corner kick in the 16th minute where Edson Álvarez redirected the ball on frame, but US goalkeeper Zack Steffen reacted just in time to push the header above the cross bar and out of danger.

Steffen almost made a grave error in the 32nd minute when he nearly handled the ball outside his box, but the Columbus Crew goalkeeper was able to just release the ball before it crossed the line in its entirety, saving what would have been a costly mistake.

Mexico nearly struck once again in the 37th minute when Diego Lainez made Wil Trapp stumble in the box and sent in a cross to Roberto Alvarado, who poked the ball toward goal. Steffen dove to his right and grabbed the slow rolling ball to preserve the 0-0 scoreline.

The back and forth continued into the second half with neither team getting a clear opportunity on goal, but the game took a stark turn in the 67th minute when Ángel Zaldívar went studs up into Wil Trapp on a hard challenge, earning a straight red card.

The USMNT seemed to have a renewed sense of energy after the red card, leading them to push numbers forward in an effort to get the go-ahead goal.

Just four minutes after Zaldívar was sent off, Tyler Adams broke through for the USMNT with his first national team goal. Antonee Robinson sent in a low cross on the ground that found Adams off a 35-yard run from the midfield who put the ball into the net to give the US a 1-0 lead.

While Mexico continued to push for an equalizer, the 10-man side never could break through the USMNT defense, and the Stars and Stripes went on to earn their 19th overall win against their southern rivals.