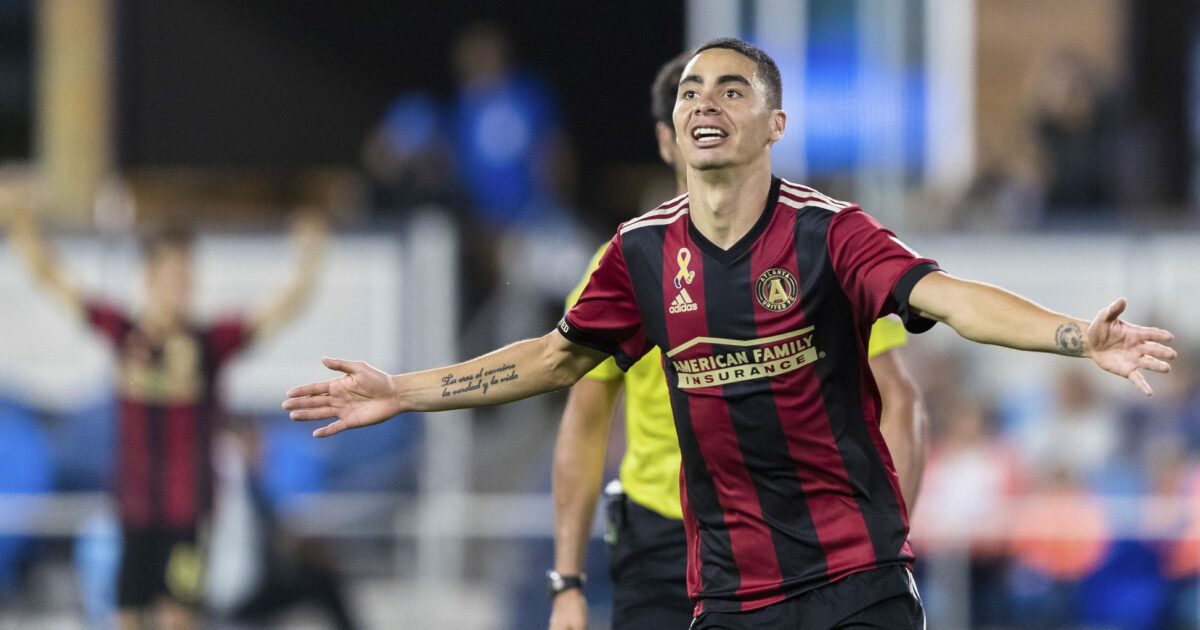 Atlanta United scored one of the wilder victories in MLS this season against the San Jose Earthquakes. It was supposed to be a game the Five Stripes handled with ease. They were the best team in MLS taking on the worst team in MLS. Sure, they were away from home all the way across the nation in the middle of the week, but surely Atlanta’s talent could overcome such obstacles.

That wasn’t exactly the case early on. San Jose scored early in the match and doubled the lead right before the break. Atlanta were fortunate to pull one back to cut the lead after 45 minutes of play, but then the Quakes went out and restored their two goal advantage early in the half.

Had it not been for some wacky VAR shenanigans, Atlanta may not have come from behind at all. The seemingly went down three goals with only about 20 minutes to play when Chris Wondolowski appeared to give the Quakes a fourth goal, but Atlanta switched off due to a clear and obvious handball on the other end of the field.

“We were protesting because it was a hand ball and I think we lost our concentration and they went out and scored,” said Miguel Almiron after the game. Thanks to God, there was justice on the play and it came back and turned into a goal.”

Justice came in the form of a confusing replay scenario that took a goal away from San Jose and awarded Atlanta a penalty, which Josef Martinez buried with ease for his first of two goals on the night.

That moment sparked the comeback and Atlanta ended up winning 4-3 when Martinez scored his second of the game five minutes into stoppage time.

The win was great, but head coach Tata Martino wasn’t exactly impressed with how his team went down early on.

“I think it shows that the team had a lot of spirit tonight and that’s what we can rescue from this game,” Martino said. “We’re able to fight back and get the comeback but if we would have played like that against a team that is fighting on top of the table, I think we could have lost this game by a few goals. There are some things to work on.”

It wasn’t just one thing repeating itself either. Martino was able to point out completely different flaws in each of San Jose’s three goals, but they all boiled down to failures on defense and mental lapses that allowed the Quakes to capitalize.

“Lost our battles all over the place,” said defender Michael Parkhurst. “Moments of lapses, mentally and physically. There’s things we need to shore up for sure, but six points from these two road games is massive and now we go home to try and finish it out nine for nine.”

Everything was correctable in some way, and Atlanta United have their powerful attacking talent to thank for rescuing what clearly would have been an unfortunate result had they not been able to turn things around. The team showed great character in keeping the fight going, and that’s the main positive to take from a game like this. They overcame early mistakes and fought to secure a victory, which can help them come playoff time.

“The mentality of the team was really strong,” Parkhurst said. “There was no quit. We just kept going. It wasn’t our night defensively. We had a lot of mistakes, gave us some goals, but we hung in there and three points is three points.”